The Top Museums to Visit in Galway, Ireland

Salthill and Galway Bay | © Robert Lindsell / Flickr
Galway has over 800 years of colourful and poignant history, taking in empire and tribes, war and the sea. Founded around the area of the Spanish Arch as a fishing village next to the Corrib River, it developed into a walled town by the 13th century. Since then, it’s become a symbol of the arty, rugged side of Ireland, a culture infused with traditions found only in the part of the Emerald Isle that collides with the Atlantic.

In Galway, you can see the sturdy local boat known as the ‘hooker’ (which also now lends its name to the local brew), its penchant for vibrant trad music, and take part in perhaps the best nightlife in Ireland. But to truly understand your experience, it’s best to dip into the local museums. Here are five of the best.

Museum
Spanish Arch with Galway City Museum in the background | © emarocca / Flickr
By far the most in-depth overview of all there is to know about the city of tribes, the Galway City Museum has a broad remit, taking in anything from Roman history to Galway and World War I. Spread across three floors, many of the exhibits are highly interactive, while displays dedicated to the everyday life of citizens over centuries give a real taste of times long gone. There are some great little bonuses too, including lovely views from the top, for one, and entrance is free.
More Info
Open In Google Maps
Spanish Parade, Galway, County Galway, H91 CX5P, Ireland
+35391532460
Visit website

This museum is for fans of one of Ireland’s great literary exports, James Joyce. Unlucky Barnacle – two men whom she loved in early life died before she ever met Joyce – was quite the muse for the man who wrote Ulysses and Dubliners (in fact, the single day in which the latter takes place – June 16th – is a nod by Joyce to the day he first met his wife). Romance and temper are found in the pair’s meeting of opposites, but despite the fame of its former occupant, the real interest here is more straightforward – watching the fire flicker away in a house that gives a glance at the Galway of 100 years ago. Opening hours can be somewhat sporadic, but it’s always worth a stroll over for the view of the cathedral from outside the front door.

Market, Museum
A Claddagh Ring | ©Royal Claddagh/ Flickr
An iconic piece of Galway’s history, the Claddagh ring features two hearts and a crown and can symbolise romantic availability or otherwise, depending on the direction that the crown points. Some firms that make the city’s ring date back to the 18th century. It’s associated with the Joyce Tribe and has spread far and wide in recent years, but several Galway shops (the museum, naturally, is also one) have cornered a local market steeped in tradition. On Quay Street, learn about centuries of history, but expect a sales pitch to go with it.
More Info
Open In Google Maps
1 Quay Street, Galway, County Galway, H91 CP22, Ireland
+35391566365
Visit website

Overlooking the popular Spanish Arch, and offering gorgeous views of the athletic kayakers that often brave the rough parts of Galway’s waterways, the Fisheries Watchtower Museum is a tiny but charming spot from which to watch the world float by. Now an exhibition, a guide recounts the aristocratic history of the river, where fishing rights were once carefully controlled, and salmon was king. Its view is what draws in the most people, though, as this gate-like, riverside structure is one of the city’s most photogenic.

This easy-to-miss spot on the corner of Galway’s main parade is marked by a medieval-like fortified house structure and a bizarre ape-like gargoyle. The 15th-century ‘castle’ is not often open throughout, with much of it now occupied by a local bank, but a walk around the back will give you a glance at a heartwrenching piece of Galway history. The castle is home to the spot where the Lord Mayor hanged his own son who had murdered a Spanish visitor who winked at his girlfriend. It’s worth dropping into the bank to see the panels outlining the spot’s dingy history. 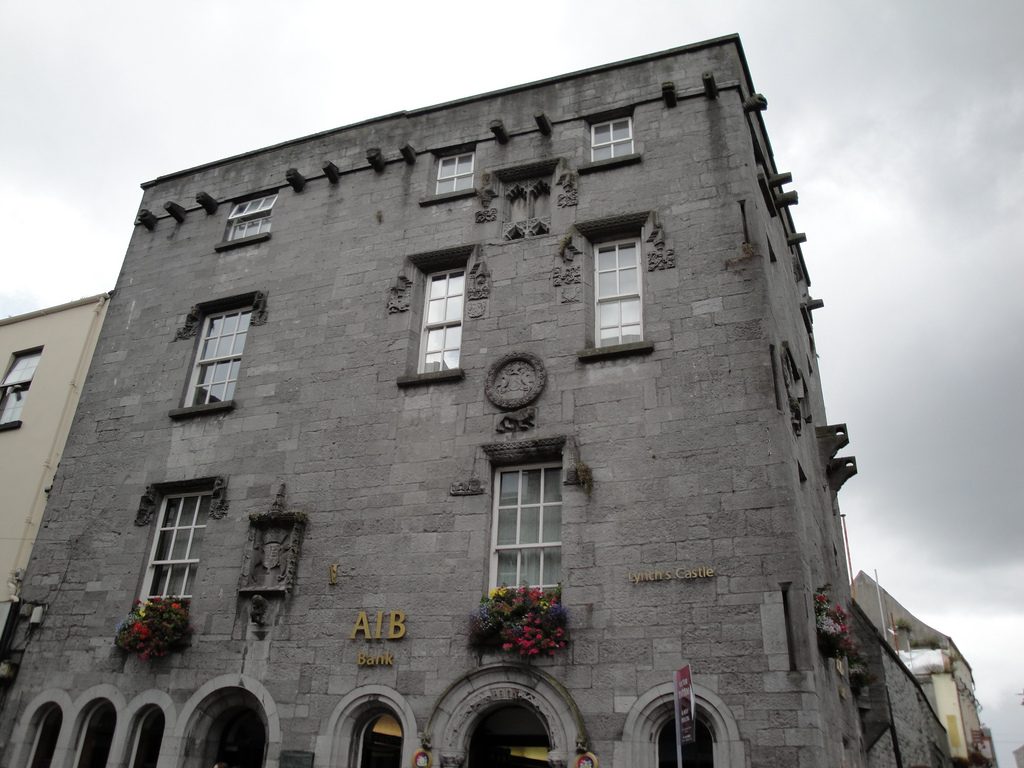