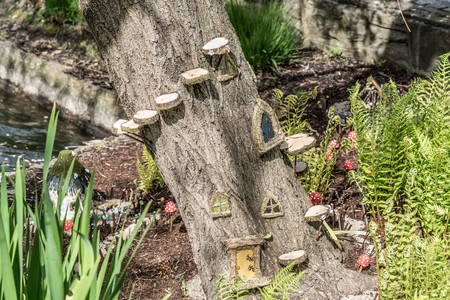 Fairies, in Ireland, are still serious business. In 1999, a €100 million road-building project was first delayed and then sidetracked in County Clare, as locals protested the planned path through an ancient ‘fairy bush’. Traditional tales tell of how interfering with the fairies’ homes is to risk death, with some believing strongly in ‘the curse of Tara’, said to be the retribution of fairies on those involved in the building of the M3 motorway.

If this all sounds a bit far-fetched (and let’s face it – it does), how about Kerry politician Danny Healy-Rae, who recently claimed the existence of fairy curses is behind difficulties in a road in his home county. Healy-Rae was widely ridiculed, and it’s worth mentioning here that he also recently compared drink driving to eating a particularly large dinner, denied climate change, and expressed some very old-fashioned views on homosexuality, all of which makes him far from representative of the Irish political establishment. Nevertheless, a poll by mainstream news outlet The Journal recently saw 28% of respondents – nearly 4,000 people – admit that they are, in fact, superstitious about the traditional ‘home’ of Irish fairies, called fairy forts.

“Anyone that tampered with them back over the years paid a high price and had bad luck,” Healy-Rae insisted, while some locals in rural County Cavan even blamed the bankruptcy of key local employer Sean Quinn on the fairies back in 2011. 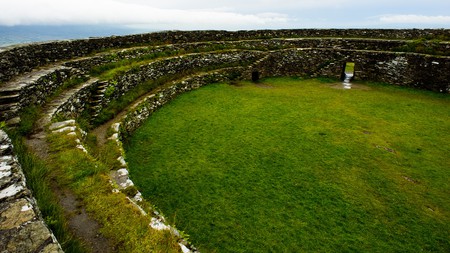 So, what is all the fuss about?

A fairy fort is an earthen dwelling, often called a ringfort, that dates back to ancient times, with the circular markings typically all that is left of the original site. There are hundreds of such sites around Ireland, and traditionally, they’re not to be messed with. People have long believed that the locations contain the magic of ancient druids, and even to interfere with whatever grows on the spots is such a severe undertaking that it could result in death. The ancient residents of fairy forts were the ‘good’ or ‘little’ people.

Fairy forts vary dramatically. Some of them are extremely distinct spots, with firm raised outlines and ditches, and the markings of ancient residence still remarkably clear. Others are just the faintest of contours. Some, such as Grainan of Aileach (pictured above), feature stone outlines, while others can only be picked out by the shape of local foliage. It’s certainly true that farmers and other landowners, traditionally, have left them alone, though that could be credited to difficulties with use as much as superstition in some cases.

If you want to experience a fairy fort – and if only out of respect for some local beliefs, we recommend you do so gently – there are quite a few that are accessible to the public. In fact, one of the most famous is very public, sat in the heart of Dublin Castle, though few locals would recognise it as such today. It’s thought that a ringfort originally defended the old joining point of the Liffey and Poddle rivers (the latter now underground, and the former relocated to a far narrower course by city development).

Most of the best examples of the forts are in rural areas, however. 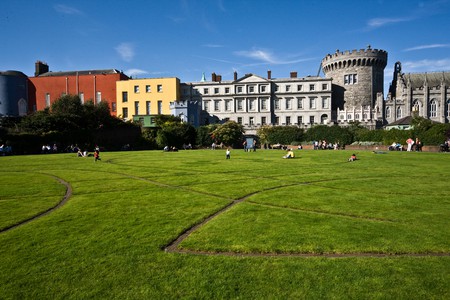 There are an estimated 60,000 fairy forts on the island, according to some, and if you ask anyone in the countryside, you’re likely to be pointed to one within a few kilometres (in some areas, there’s an average of one every two square kilometres). The classic spot is the Hill of Tara, an ancient home of kings that contains a number of prominent examples.

Tara, though, is a common tourist attraction, and many of the other countless forts don’t offer a whole lot to see. The best spots to explore are places such as Ballyallaban Ring Fort, a rugged circular fort in rural County Clare, or the more substantial Grianán Ailigh in County Donegal, a stone structure atop a sizeable local hill.

Brigit’s Celtic Garden in County Galway preserves a number of fairy forts in a more controlled environment, complete with tea rooms, overnight stays and tour activities, while Terra Nova Fairy Garden in County Limerick has turned their land – which includes a fairy fort – into a full-on exploratory fairy garden.

There’s a modern tourism ringfort offering too, and it’s got nothing to do with Danny Healy-Rae. Irish National Heritage’s new park in County Wexford includes a full replica of a fairy fort, where you can drink ancient beer and mead and stay overnight in a rustic example of old-world accommodation, dressed for the part, and yourself becoming part of the attraction.

As for the general belief in fairies? It is, in our experience, largely somewhat tongue in cheek, especially amongst the country’s more urban dwellers. That doesn’t stop decorative fairy doors in trees from popping up in central locations in the capital, Dublin, as well as in many other places around the country. Visitors will find them in the popular Marlay Park in Dublin’s southern suburbs, for example, where several lucky trees are decorated, or in central Dublin 1, with the below example in Blessington Basin. Whatever you choose to believe, fairies are a part of Irish folklore, and they’re a fascinating cultural aside.