The Partition Of Ireland: A Short History 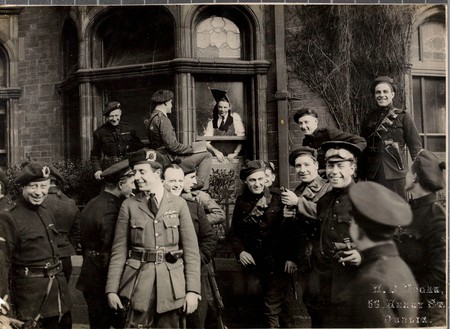 A group of 'Black and Tans' and Auxiliaries in Dublin, April 1921 | © National Library of Ireland/WikiCommons

The official division of the country of Ireland into two separate regions – Northern and Southern Ireland – took place in May 1921, through an act passed by the British Parliament. The original intention was for both regions to remain within the United Kingdom, but the Irish War of Independence led to the south seceding from the UK in 1922, while Northern Ireland opted to remain.

The Government of Ireland Act 1920

With attempts at this legislation having begun in 1886, the Government of Ireland Act of 1920 was the fourth try at establishing Home Rule in Ireland – that is, affording the country a certain amount of freedom to self-govern while retaining its position as part of the United Kingdom. Up to that point Ireland had been ruled by the UK Parliament via their administration at Dublin Castle, ever since the Irish Parliament was abolished through the Acts of Union 1800. 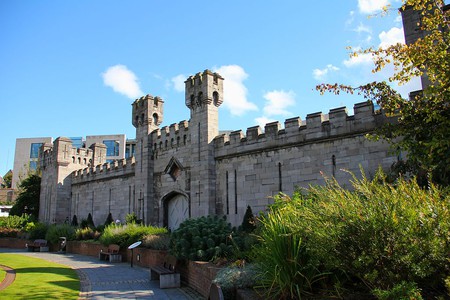 The potential division of the country into six Northern Irish counties and twenty-six Southern Irish counties was included in the Fourth Irish Home Rule Bill of 1920 in order to try to reconcile the conflicting wishes of Irish nationalists and unionists, which had caused the earlier three bills to fail and led to the Home Rule Crisis. Irish unionists – concentrated in the Northern Ireland province of Ulster and mainly of Protestant origin – wished to remain part of Great Britain, while nationalists were eager to achieve whatever independence from the UK they could. 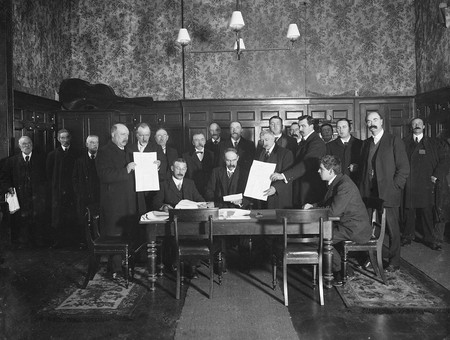 After the Third Home Rule Bill was passed in 1912, Ulster unionists had founded a paramilitary force, named the Ulster Volunteer Force, with the intention of resisting the bill’s implementation by violent means. Many British Army officers stationed in Ireland resigned, and with nationalists having established their own military arm in response to the UVF and both sides importing arms, a civil war seemed imminent. King George V was forced to hold the Buckingham Palace Conference on Ireland, bringing representatives of both groups together to discuss potential solutions. 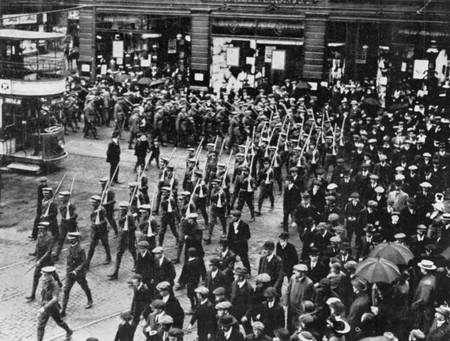 The Irish War of Independence

Eventually, a trial period of partition was also included in the third version of the Irish Home Rule Bill to appease unionists, but when World War I broke out in 1914, the bill was suspended. A newly radicalised splinter group of nationalists went on to take advantage of Britain’s distraction with the war by launching the uprising of Easter 1916. Following this rebellion, more attempts were made to reach a compromise, such as the 1917–18 Irish Convention in Dublin, with little success. In 1919, the Irish War of Independence officially began.

A group of 'Black and Tans' and Auxiliaries in Dublin, April 1921 | © National Library of Ireland/WikiCommons

The Government of Ireland Act was enacted in 1920, and the island was partitioned into Southern and Northern Ireland the following year, but Home Rule never came into effect in the South. Instead, the Anglo-Irish Treaty of 1921, which ended the war in Ireland, allowed the self-governing Irish Free State to be created. As part of the treaty, Northern Ireland was entitled to opt out of the new Irish Free State, which it did. With Northern and Southern Ireland now separated into two jurisdictions by an almost 500-kilometre border, the ratification of the treaty led to a renewed period of civil war and years of hostility and violence between unionists and nationalists in Northern Ireland, known as The Troubles.