The Most Romantic Honeymoon Destinations in Ireland 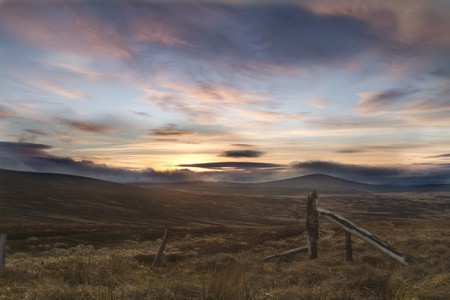 So you’re fresh from that dream wedding, the celebration and – let’s face it, the stress – all behind you. Vows complete, it’s time to start your life together, and where better to do it than Ireland? The Emerald Isle’s key assets are mostly rustic and rural. Sure, you’ll want to drop in on Dublin, sup on a pint of the black stuff and explore the odd museum (you may as well, you’ll probably be flying into the capital), but then you should head for the hills. Or the lakes. Or the beaches. Or anywhere with an open fire, an abundance of precious rural pubs, and perhaps the odd quirky local draw to go with all the prettiness. So where? There are so many options you could spend as long picking a spot as you did picking a wedding venue, dress and cake all put together. If you had to push us, though, these are our favourites.

Sat nine kilometres off the coast of Ireland’s north-western county, Donegal (so you’re going to need to plan getting here carefully!), Tory Island is the most remote inhabited island in Ireland, and a great place to delve into some memorable living history and mythology. The craggy islet is home to just 130 people, largely Irish speaking, and led by a locally elected king who can often be found greeting tourists off the boat as it lands. Cliffs, ancient crosses, lighthouses and a rent-collecting ship that mysteriously disappeared on its way to the island are all part the local draw. There aren’t many places to stay, so book ahead! 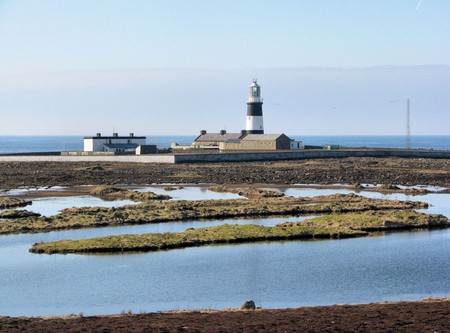 How about a peninsula town with its own dolphin living solo in the harbour? Dingle is a stunning Kerry fishing village with an old-world but impressive culture. There are enough pubs to do a sizeable crawl, and many of them double up as little shops – where else in the world could you buy the seemingly unwise combination of a hammer and a glass of whiskey in the same place? Local artisan spots sell cheeses, or ice cream produced with simple sea salt or local lavender, while a drive round the peninsula yields harbours so small they seem designed for swimming, rather than boats. The dolphin’s called Fungie, by the way, and yes, there’s a boat trip out to meet him. 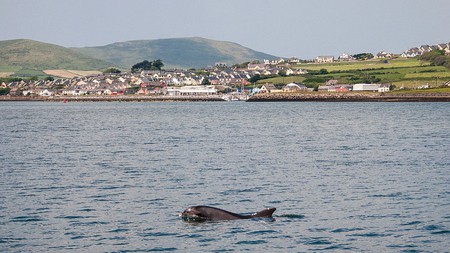 Another tiny town on the water that’s just an epicentre of tradition and romance, but this one’s insanely oppulent. No lesser men than Pierce Brosnan and Rory McIlroy got married in the stunning Ashford Castle Hotel, an 800-year-old spot now home to a breathtaking spa, afternoon tea, riding, fishing, falconry and traditional boat cruises. You’d best scrimp on the wedding, though, as this place costs a small fortune. The rest of the town is the quaint home to an abbey, a couple of pubs and a lot of beautiful strolls. Perfect honeymoon material. 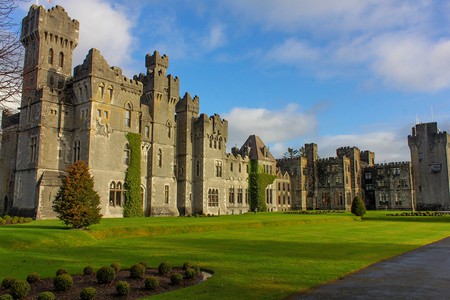 Another village of just over a thousand people, Glengarriff is also called ‘the natural meeting place’, and as a fiercely sociable corner of the country, lives up to that reputation. It’s a largely a modest spot, but has an impressive trad music scene and is set amongst hills and against the island’s southern seafront. Apart from natural beauty, what lifts the town is Garinish Island, a gorgeous offshore garden that’s home to world class horticultural offerings, as well as intensely romantic strolls. There’s also seals, dolphins and eagles in residence. 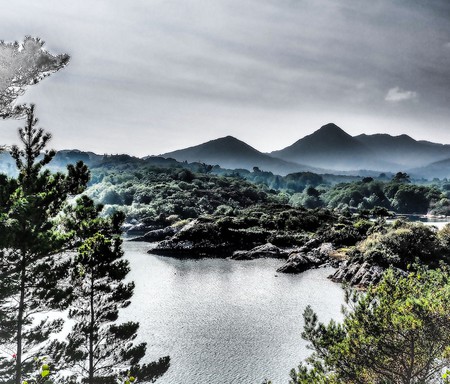 Arguably Ireland’s best seaside resort (though yes, the water is still cold), Enniscrone is home to towering dunes, horse riding along the extensive beaches, and plenty of traditional pub action. You can stay in a sizeable aeroplane at the glamping site (if you book far enough ahead), and take a seaweed bath in the sea-front spas that look fresh out of the 19th century. You’re also just down the road from Sligo town, home to the spectacular Benbulbin mountain, and the heart of poetic Yeats Country. 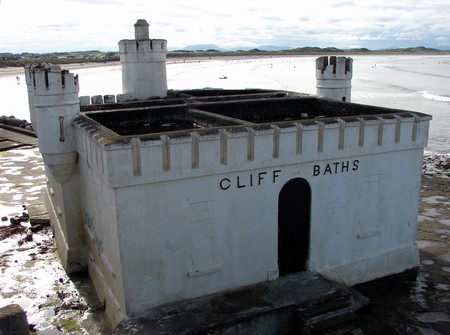 These rugged islands mark the western-most point of Ireland (next stop, New York), and much like Tory Island, maintain many of the marks of ancient Gaelic culture, including widely spoken Irish, those pubs you’ve been hunting for, and a penchant for storytelling. These islands are more touristic, but the pay off is more impressive attractions: a spectacular cliffside fort that pre-dates Christianity in Dun Aonghasa, for example, or the wrecked ship MV Plassy. We’re a big fan of the cookery school, too. 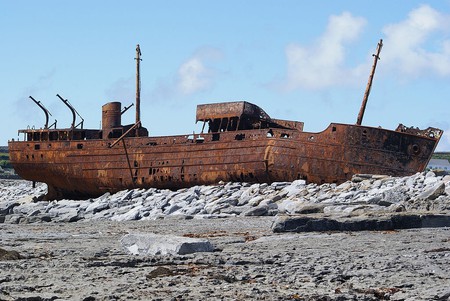 Glen of the Downs, County Wicklow

For many tourists, Wicklow (Dublin’s nearest neighbour) starts and ends with the admittedly impressive monastic settlement at Glendalough. If you want to escape the crowds, indulge in romantic wanders and stay within a stones’ throw of the capital, though, its Glen of the Downs we’d pick. The glacial valley sits between two steep slopes, home to spectacular estates and a hotel straight out of the 80s. The county known as Ireland’s ‘garden’ unfolds on your doorstep. There’s a world class golf course, too, but certain honeymooners might want to keep quiet about that during the booking process!

A place for the outdoorsy type, but with plenty of charm in its winding village streets and river walkways, Westport is a gem well known within Ireland, but makes few tourist itineraries. Its main attractions are Westport House, an 18th century palacial estate complete with amusment park, and the chance to trek barefoot up nearby pilgimrage mountain Croagh Patrick. There’s also a fantastic cycling greenway, and you’ll get your archetypal Irish party-pub scene into the mix. 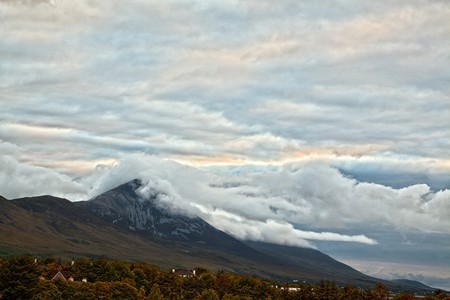 A harbour town near the border between the Republic and Northern Ireland, Carlingford has a history heavily intermingled with the IRA, but today is a kind of adventure town with lots of leftfield attractions (and great pubs). As well as the chance to explore the lough by boat, there are castles, forest ziplines and paintballing. So why is it romantic? From the easter leprechaun hunt to a local who’s set up a home for the little green-clad bearded ones in a local cave, it’s fantastically, quirkily Irish. 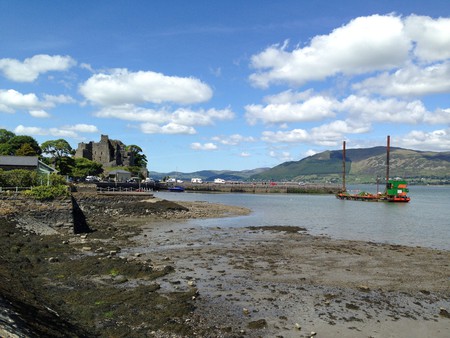 Our favourite stop off on the wonderful Ring of Kerry tour, Cahersiveen is a simple, charming town of around 1,000 people that’s utterly surrounded by Atlantic beauty. Think lighthouses, gardens, rugged cliffsides, great seafood, ring forts and castles all within a few kilometres. You’ll definitely want to get out on the ocean, too, and spend a day or two drifting around the Ring of Kerry, camera at the ready. A perfect place for rural quiet time. 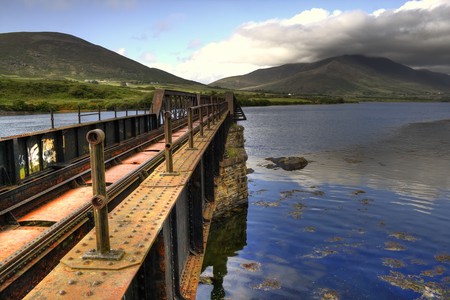