The Most Beautiful Buildings in Cork, Ireland 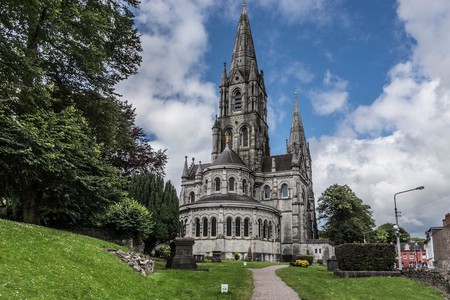 Cork, known as ‘the rebel city’, has faced its fair share of adversity throughout its long history. Much of its oldest architecture dates back only as far as the 19th century, but many of these structures were built to take the place of earlier destroyed versions, some through acts of war. For this reason, a tour of the city’s finest buildings reveals not just the city’s beauty, but also its untiring will to survive. 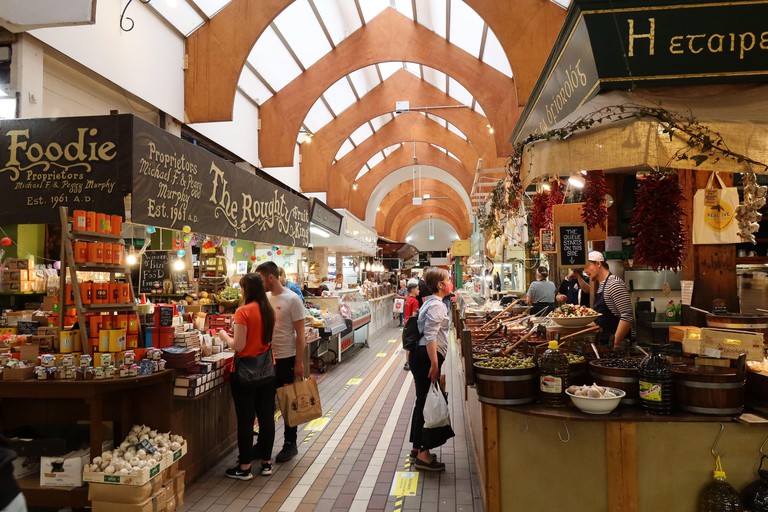 © tonysworldtravels / Alamy Stock Photo
One of the oldest municipal food markets in the world, the English Market in Cork city centre has been in existence since 1788, but the majority of the buildings that make up the modern-day market date back to the Victorian era. In 1862, in response to the arrival of a competing market close by, Cork city and county surveyor Sir John Benson was charged with creating a new design for the section of the English Market still referred to today as Princes Street Market, including a grand new entrance on Princes Street, a roofed interior, and the addition of a balcony.Two decades later the original section, known as Grand Parade Market, was also updated. After a gas explosion fire destroyed the Princes Street part of the market in 1980, Cork City Council undertook an ambitious restoration, which won a conservation award from Europa Nostra, a heritage foundation. 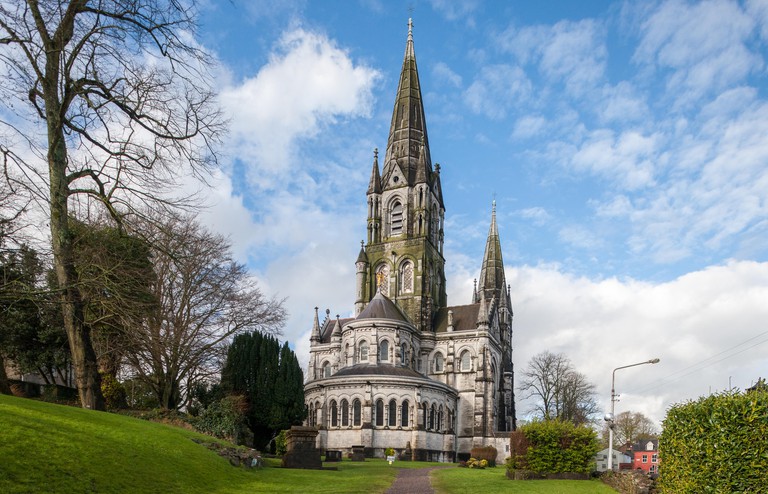 © David Creedon / Alamy Stock Photo
Dedicated to the city’s patron saint, this Victorian, gothic-revival-style Church of Ireland cathedral on Cork’s Bishop Street was first consecrated in 1870, although construction didn’t completely come to an end until 1879. It stands on the site of a former monastery founded by Saint Finbarr in 606 and is said to be at least the third structure built in his name at the location, the first of which was damaged during the 1690 Siege of Cork. The striking cathedral was the first major work by the English architect William Burges, who is described by respected architectural historian J. Mordaunt Crook as possibly ‘the greatest art-architect of the gothic revival’. Burges was also responsible for designing the decorative work on the interior, including stained glass, mosaics and sculptures. Architects used limestone and marble sourced from County Cork throughout the triple-spired cathedral, which is one of the most important examples of 19th-century architecture in Ireland. 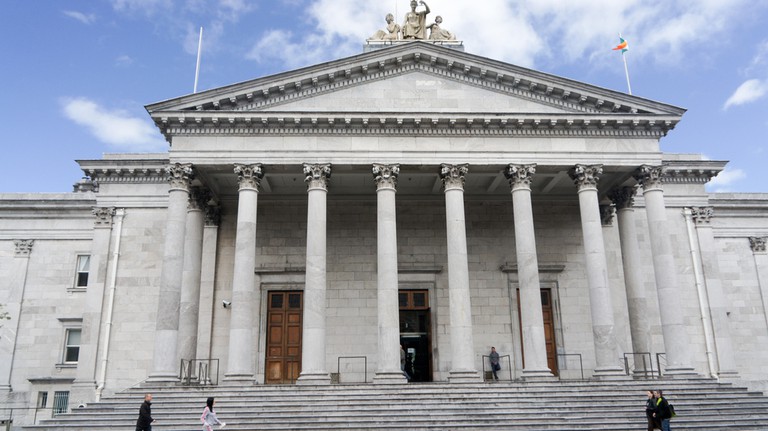 Cork City Courthouse | © William Murphy / Flickr
The Cork City Courthouse that currently stands on Washington Street was built in 1895 to replace a predecessor at the same location which had burnt down four years earlier, along with many of the city’s records. The newer, neo-classical design created by local architect W. H. Hill incorporates the existing 1836 octostyle Corinthian portico and façade, the only elements of the original building that survived.Hill’s design stood the test of time, going mostly unchanged until the early 2000s when a sympathetic refurbishment began, in order to improve the building’s accessibility and functionality. Although modernised, the courthouse retains much of its late 19th-century architecture. To this day, its crowning glory remains the entrance hall dome, which was restored and re-fenestrated as part of the recent renovations. 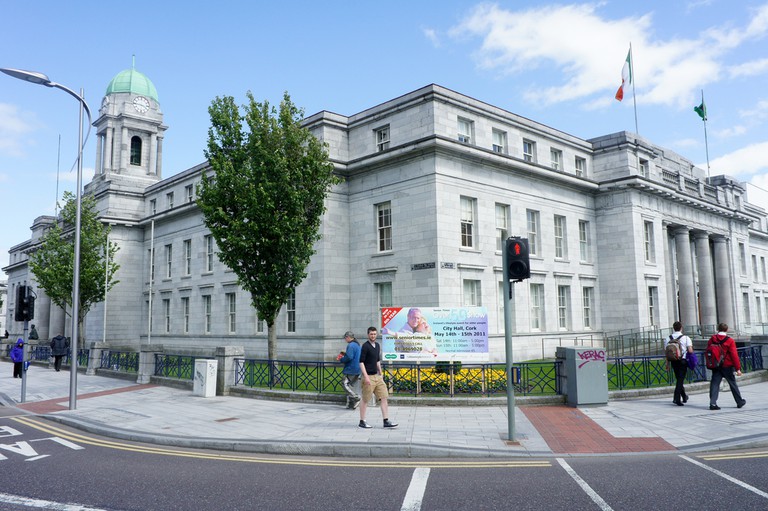 Cork City Hall | © William Murphy / Flickr
The meeting place of Cork City Council, Cork City Hall is another rebuild of an earlier structure, this one ruined during the 1920 ‘Burning of Cork’ by the British. Architect partners Jones & Kelly, based in Dublin, designed the second city hall, opened by then-President of the Executive Council of the Irish Free State Éamon de Valera in 1936. A domed clock tower tops the commanding three-storey limestone building on the southern bank of the River Lee.

Cork is a university city, and the world-class college to the west of the urban centre is the site of some of its finest architecture. First founded as one of Ireland’s three Queen’s Collegesin 1845, University College Cork (UCC) was designed by Benjamin Woodward and Thomas Deane – the duo behind the Oxford University Museum of Natural History and the Museum building at Dublin’s Trinity College. The university’s limestone main quadrangle, constructed between 1847 and 1849, is in the Tudor-gothic style of medieval universities such as the UK’s Oxford and Cambridge. 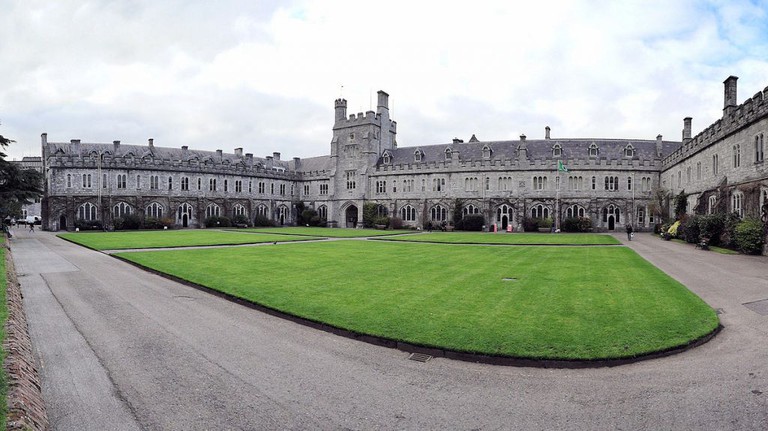 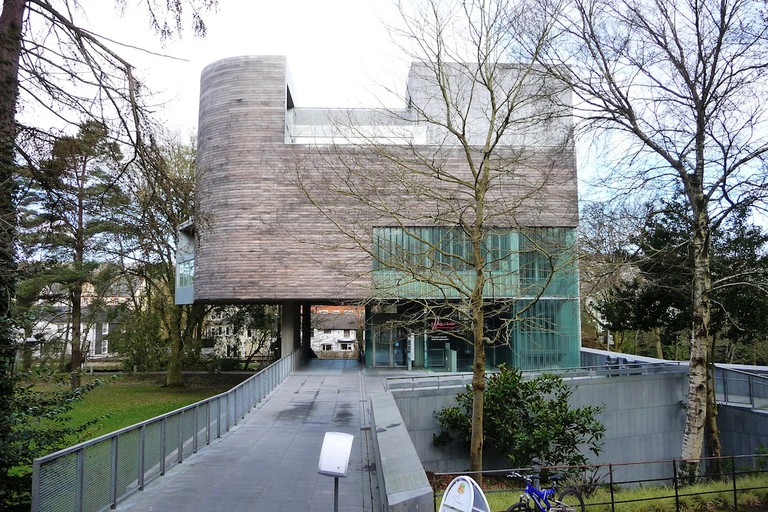 Lewis Glucksman Gallery | © John Lord / Flickr
Another UCC building, the sleek Lewis Glucksman Gallery, designed by Irish architects O’Donnell + Tuomey, is one of Cork’s newest buildings and one of the most widely praised, having earned many accolades since being added to the campus in 2004. As well as being named Ireland’s Best Public Building in 2005, its architecture also won a UK Civic Trust award, a RIBA award and was shortlisted for the Royal Institute of British Architects Stirling Prize. The wood-covered gallery building was designed to fit seamlessly in with its sylvan surroundings.

The site of Blackrock Castle was first a fort, built in 1582 in order to protect the harbour city from pirates and others who may have meant it harm. It later became a castle, and separate fires damaged the tower and then the entire castle – the most recent renovations took place in 1829 under prolific architect brothers George and James Pain. Currently in use as an observatory, their design pays homage to and contains parts of the original 16th-century structure. 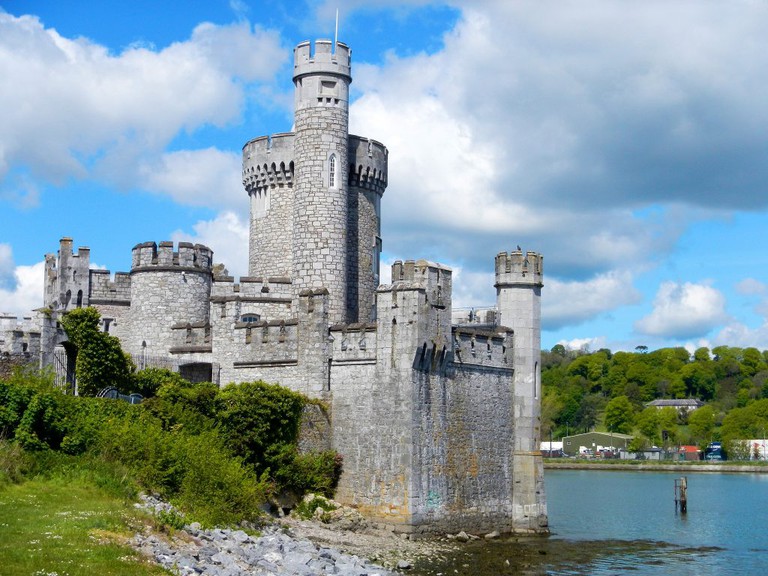 According to a 2015 book about the building, the original design for the Catholic Holy Trinity Church on Father Mathew Quay was yet another work of George Pain, although construction went on for decades, and the project ended up having multiple authors. The result is a towering gothic revival edifice, known for its steep spire and decorative carvings. Inside, the church features a stained-glass window by the renowned stained-glass artist Harry Clarke. 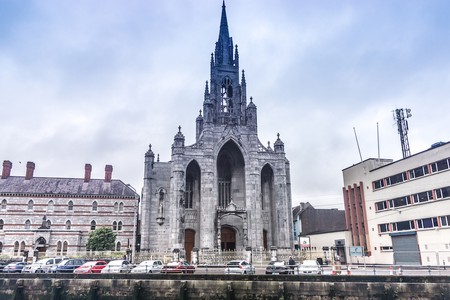