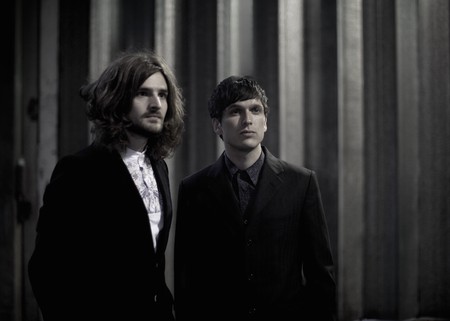 Courtesy of Morrissey and Marshall

The city that brought forth U2 and Thin Lizzy – plus more recent musical masterminds such as Glen Hansard – Dublin is a veritable breeding ground for emerging Irish musicians. Here are the ones you should know about.

Having toured with people like Sinéad O’Connor and The Magic Numbers, London-based folk ‘n’ roll duo Morrissey and Marshall are ready to fully come into their own in 2017. With their second studio album due for release at the end of the month, the pair return to their native Dublin in May for an Irish launch at The Sugar Club, shortly before jetting off to play their first-ever European festival in June.

One of Ireland’s most exciting acts right now, genre-bending trio Hare Squead describes themselves on their website as ‘three black Irish kids making waves’. As well as headlining a sell-out show at Dublin’s Button Factory back in September 2016 – then the high point of their gigging career – they were chosen as RTÉ 2fm radio’s pick to represent the country at this year’s Eurosonic, Europe’s leading music showcase festival held in the Netherlands. Their impressive EP Supernormal is out now.

Jonathon Ng, aka EDEN, is a scarily talented 21-year-old music producer, composer and singer-songwriter trained in at least four different instruments and signed to the same management as Justin Bieber. Released under his own record label, his 2016 EP i think you think too much of me made it into the Irish albums chart, and that September, one of his music videos was viewed more than one million times in one week on Facebook. He finished out 2016 with a successful international tour promoting the EP.

Having released their debut album in May 2016 – which went on to be shortlisted for the RTÉ Choice Music Prize Album of the Year – six-piece Dublin-based instrumental band Overhead, The Albatross also played one of their biggest-ever concerts at the close of 2016, at the highly regarded Vicar Street venue. They’re now set to play this summer’s Indiependendence festival, as well as performing at Galway’s famous Róisín Dubh as part of the 2017 Galway International Arts Festival.

Sorcha McGrath and Simon Cullen of Ships worked hard on their most recent album, Precession, for two years – effort that has more than paid off. Released May 1, 2017, the album has already garnered praise – the Irish Times called the album ‘supremely accomplished’, and respected music blogger Niall Byrne chose it as the Album of the Week.

Formerly known as We Were Giants, indie-rock foursome KARMS have been making music and gaining fans since 2012, but this year looks set to be their biggest yet, with trusted Irish music magazine Hot Press – among others – tipping them for major success in 2017. Following the release of their debut single under the new identity in April, they’re getting ready to play the main venue at Whelan’s on May 13, 2017.

Ailbhe Reddy has played every major Irish music festival, from Dublin’s own Hard Working Class Heroes – promoting emerging artists – to major national music and arts events like Electric Picnic. Her EP Hollowed Out Sea has been streamed over a million times on Spotify, and the latest single taken from it, ‘Relent’, was recently selected as the Irish Times ‘Track of the Week’ and featured as part of Spotify UK’s New Music Friday.

Calm Girls, the first EP by Pillow Queens, only dropped in December of 2016, but it had an immediate impact. The first few months of this year has seen them supporting at venues like The Academy and Whelan’s, and on May 28, 2017, they take part in Nasty Women – a night of live music inspired by a powerful spoken word piece on America’s current political climate and attitude towards women – at The Workman’s Club.