Grand Canal Square | © William Murphy/Flickr
The city and county of Dublin have a wealth of photogenic settings to offer the Instagram addict, from cliff-top panoramas to camera-ready street art in Temple Bar, also known as the Cultural Quarter. Here are some of the best places to seek out an eye-catching Instagram backdrop in Dublin.

The distinctive, bright-red lighthouse at the end of the Great South Wall – one of Europe’s longest sea walls – is a city landmark that begs to be photographed. Built in 1768, it is located almost right in the centre of Dublin Bay – so as well as providing a unique backdrop by itself, it is surrounded on all sides by amazing views of Dublin. 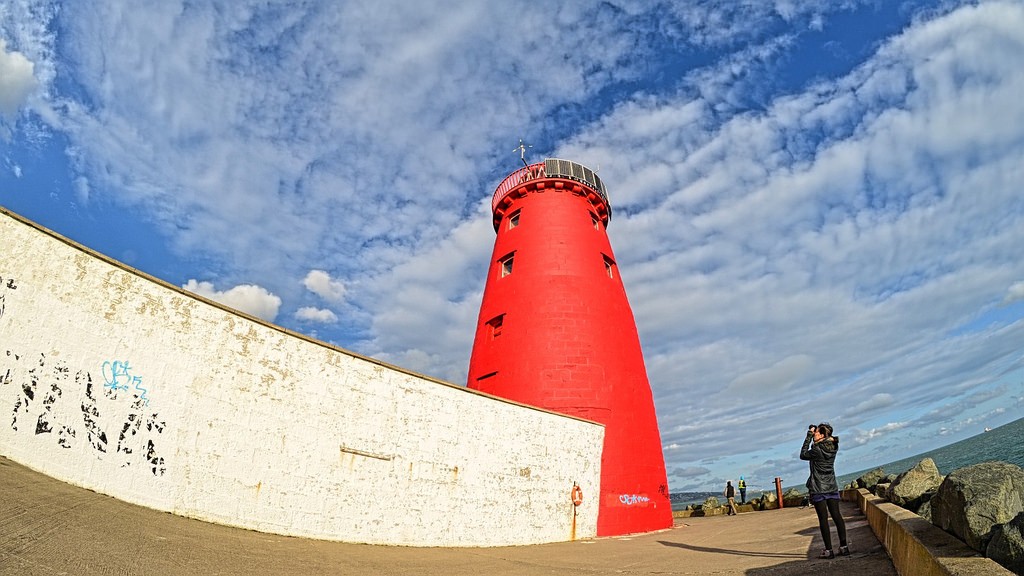 If like me you need to burn off some of that turkey – the Poolbeg Lighthouse Pier walk is one of my favourite places in Dublin to get some sea air, particularly busy at this time as many Dubliners are doing the same thing. Photo by @jack_caffrey your #BBClocalite for #Dublin #Ireland

One of two hills marking the boundary of Dublin Bay to the south, Killiney Hill’s height of over 150m (492 ft.) means it has incredible views towards Dublin in one direction and Wicklow in the other, with a vast expanse of the tranquil Irish Sea stretching out ahead. 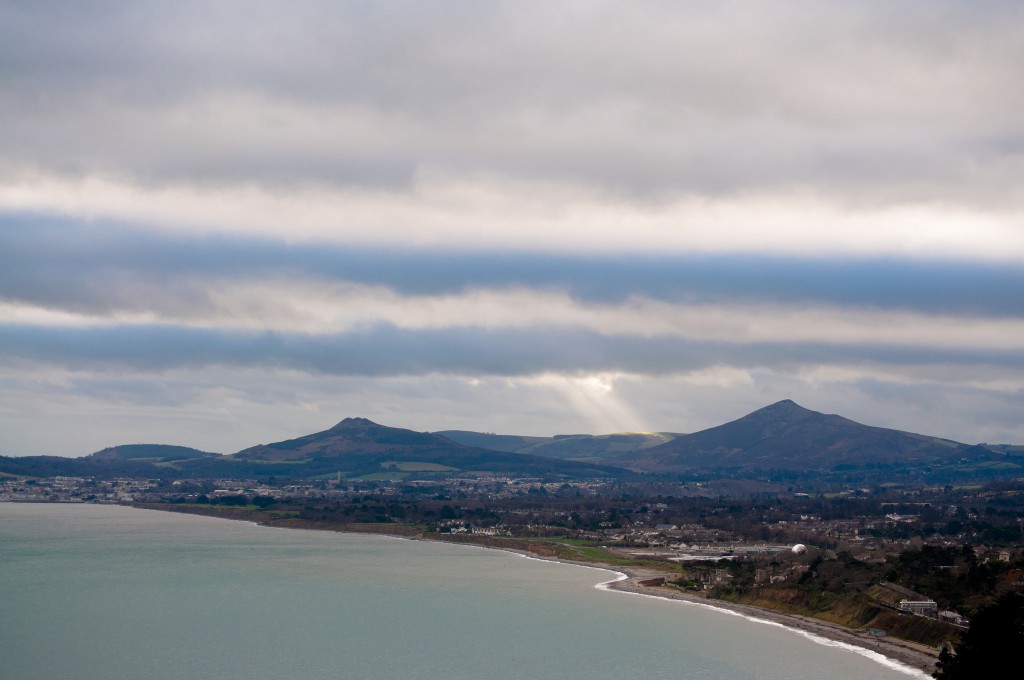 Another location with height on its side, the 7th-floor Gravity Bar at the Guinness Storehouse looks out over much of the city below, while a pint of ‘the black stuff’ poured at its spiritual home makes an ideal accompanying prop. 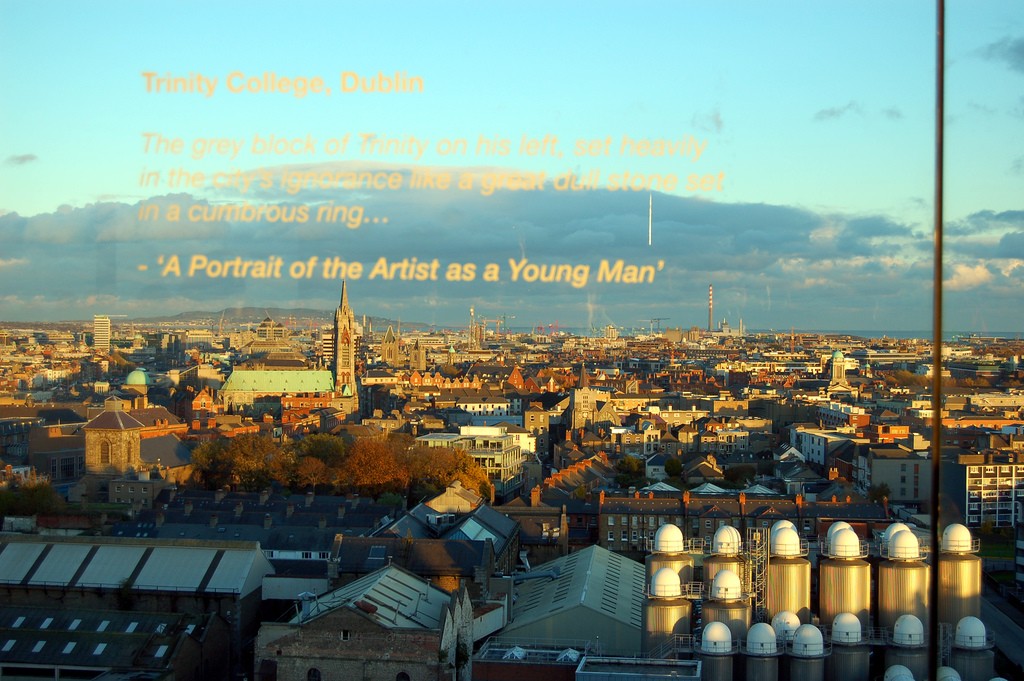 Bridge
Samuel Beckett Bridge | © Miguel Mendez/Flickr
The cable-stayed Samuel Beckett Bridge has only been a part of the Dublin landscape since 2009, but it’s become one of the most photographed in the city thanks to its unique design by Spanish architect Santiago Calatrava. Named after one of Ireland’s most famous writers, it’s said to resemble a harp lying on its side.
More Info
Open In Google Maps
Samuel Beckett Bridge, North Dock, Dublin 1, County Dublin, Ireland
+35312222222
Visit website
Sun - Sat:
12:00 am

Designed by American landscape designer Martha Schwartz, the sleek town square at Grand Canal Dock is the place to go for an image of modern Dublin, from the chequered façade of The Marker Hotel to the angular Bord Gáis Energy Theatre to the red-glowing light-stick sculpture. The square was even featured in Dezeen. 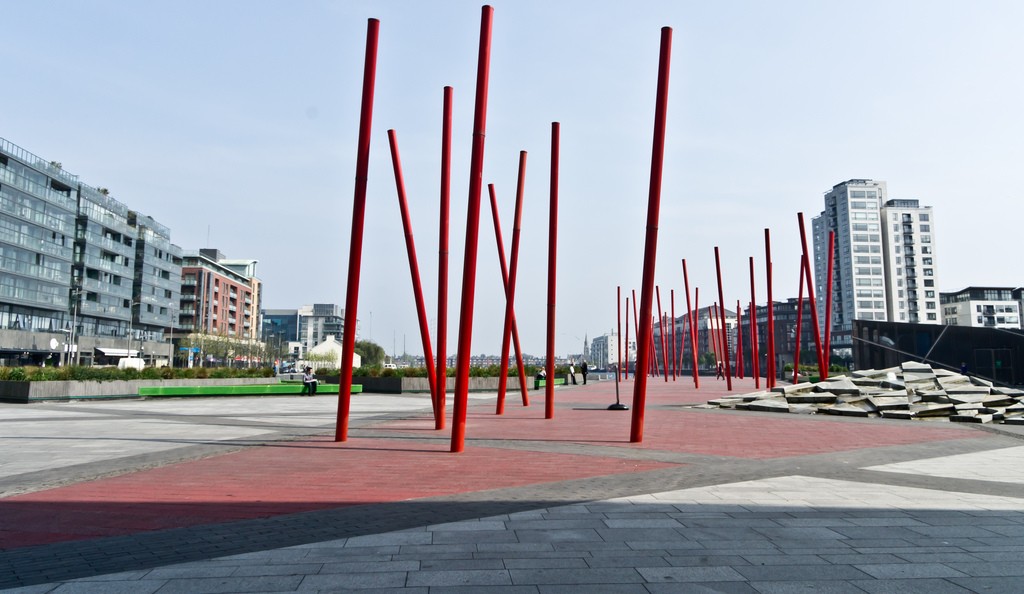 One of the most scenic and romantic places in all of Dublin, the cliff walk in Howth provides ample selfie opportunities, whether you want to include The Baily Lighthouse, the gorse-covered landscape, gulls swooping peacefully over the blue water, or all of the above. 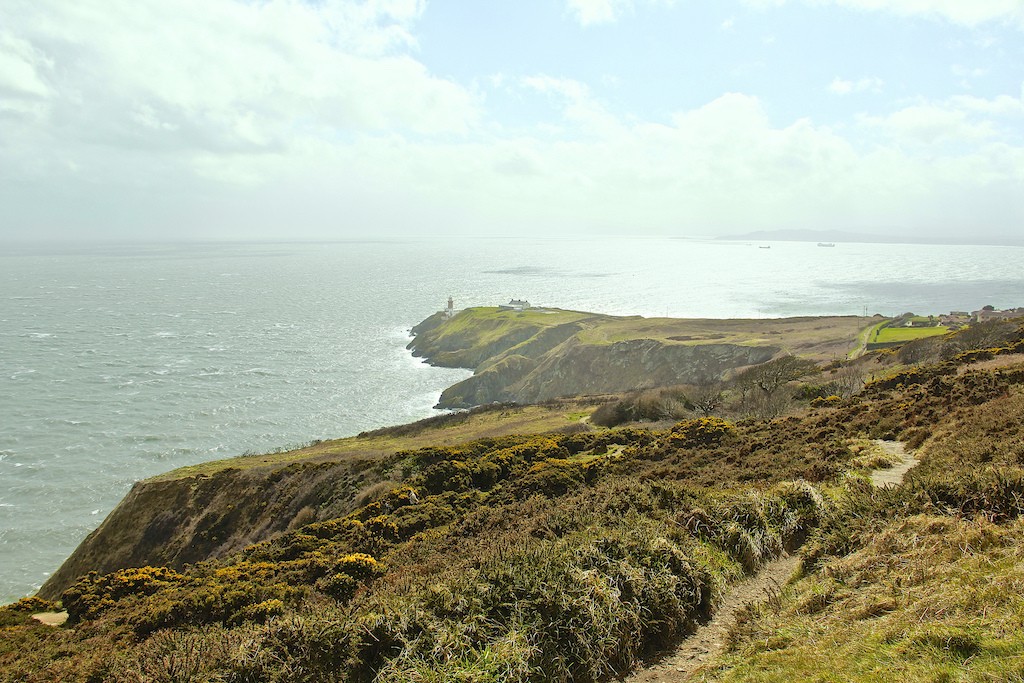 As Ireland’s oldest surviving university, Trinity College Dublin has a rich history, having produced well-known graduates like Oscar Wilde, Bram Stoker and John Millington Synge, to name but a few. Its beautiful Front Square courtyard is surrounded by grand 18th-century buildings, while the campanile bell tower was added in 1853. 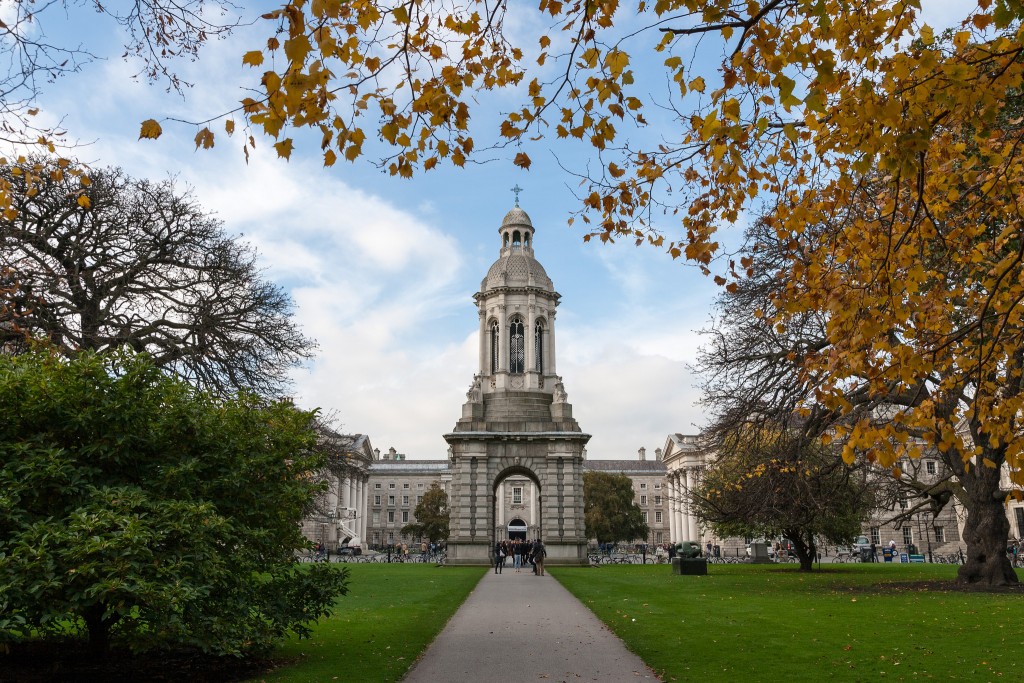 Bar, Irish
Temple Bar | © Abdullah Bin Sahl/Flickr
Although it’s earned a reputation for being loud, overrated and expensive, there’s still a lot to love about Temple Bar – not least its many art galleries, craft and vintage shops, and multi-hued murals – all of which make for excellent Instagram fodder.
More Info
Open In Google Maps
Dublin, Ireland 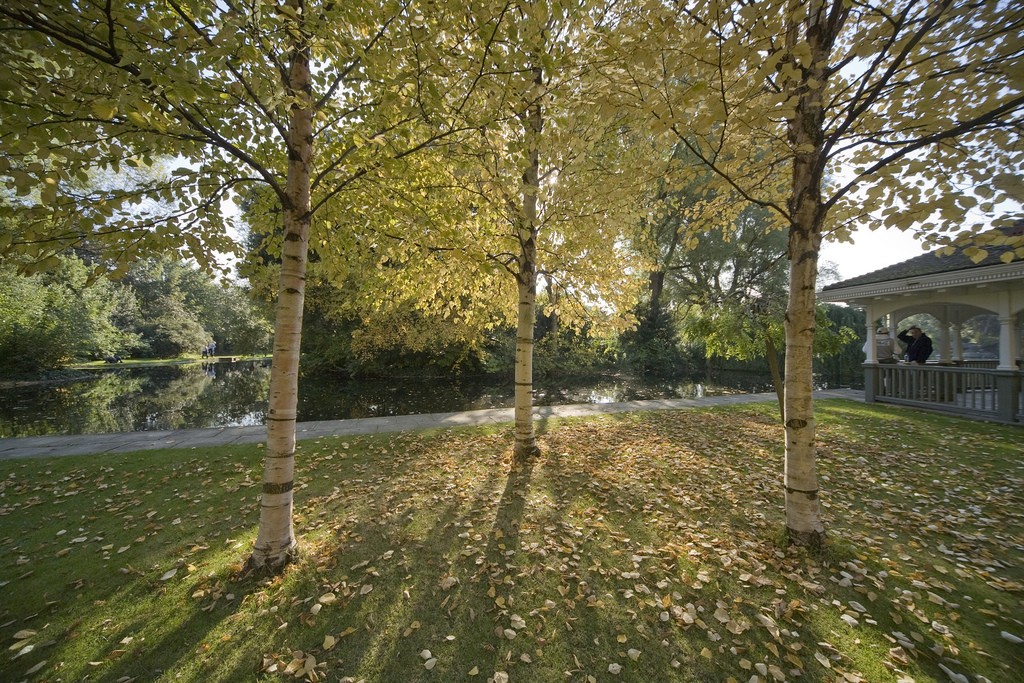 One of Dublin’s most Instagrammable features are its coloured Georgian doors, with the best examples found in what is now referred to as the Georgian Quarter on the south side of the city. Begin with Merrion Square, St. Stephen’s Green and Fitzwilliam Square, and go from there. 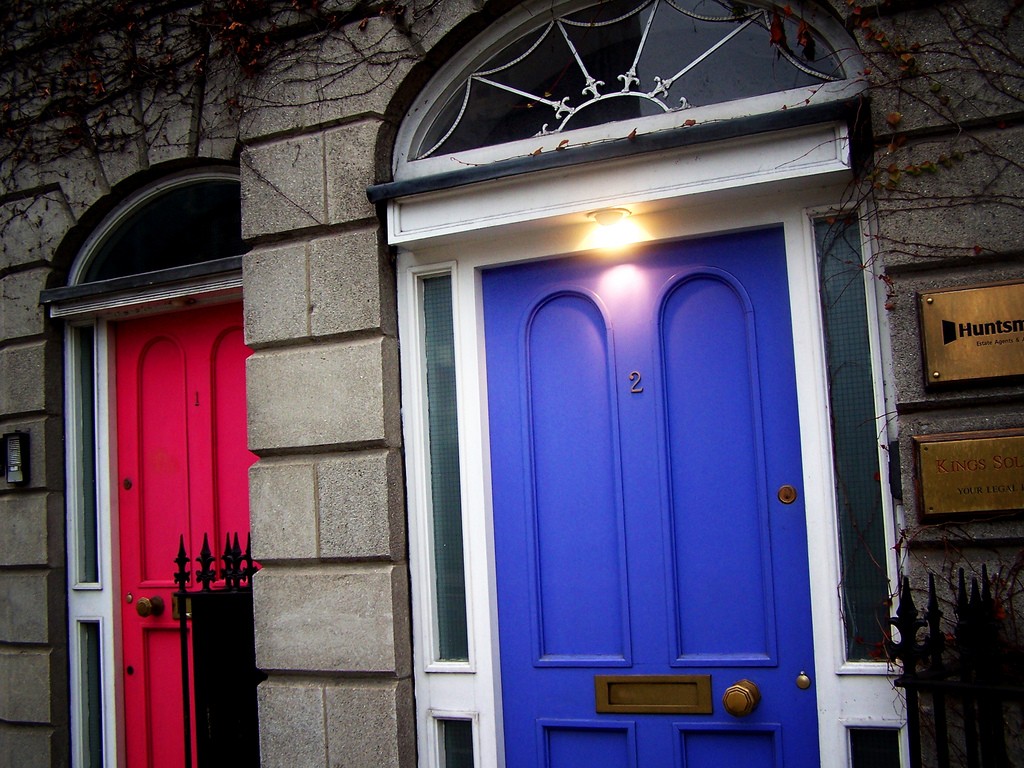 Photo by me, @eleanorcos, but taken back in Autumn. Need to take new 🚪📸!