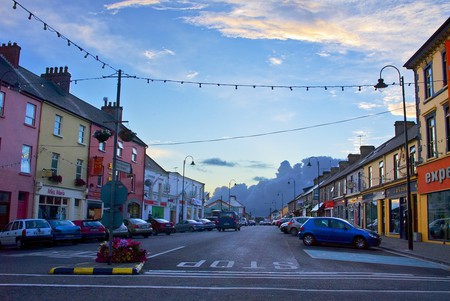 There are many wonderful things about visiting Ireland, but the old days of a fairly cheap tourist destination no longer hold: for most, price is not a draw of the Emerald Isle. In one of the more costly corners of Europe, though, there are plenty of places that go out of their way to buck that trend. If you’re skipping from bunkhouse to hostel and scrimping on tours, or simply feel like exploring the ample second-hand offerings in charity shops or alluring markets, you’ll find plenty to check out. Here are the best that Kerry, in Ireland’s southwest corner, has to offer…

A ubiquitous Irish charity (they also have a store in Tralee, as well as dozens of others across the country), St Vincent De Paul’s is an organisation heavily linked with the Catholic church and remains Ireland’s largest charity. The money goes towards both campaigning and directly assisting with poverty in various guises, while the shops themselves have also become important outlets for those tight on money to clothe and entertain themselves. That’s not to say they’re not broadly popular, however. While there are some restrictions on what the stores take in (based on size, or potential liability risks from second-hand electronics, for example), you can pretty much buy whatever anyone’s chosen to drop off here. Typically, that means a whole lot of rummaging.

Market
Facebook
Email
Twitter
Pinterest
Copy link
Share
Map View
This is like a more exciting market, right? Kerry Auction Rooms in Killarney sells off furniture, art, stamps, coins, silverware and even military mementos. It can be quite expensive for in-demand items, but equally, if you get in on the action on the day the hammer comes down and you’re looking for something a little less obvious, there are great, great bargains to be had. You can visit online or in person to make offers. Check out the typical lots, below…

This non-profit raises money to assist abandoned huskies and other animals facing difficulties (from goats to iguanas), and uses its charity store as a way to bring in the necessary cash. Sometimes cluttered, it’s a great place to forage through, often home to sets of local crockery that tell their own stories, dresses, books, and furniture. They have regular coffee mornings, including animal introductions, so if you’re just visiting Ireland, be careful not to come away with a new chinchilla or kitten. Closed on Sundays. 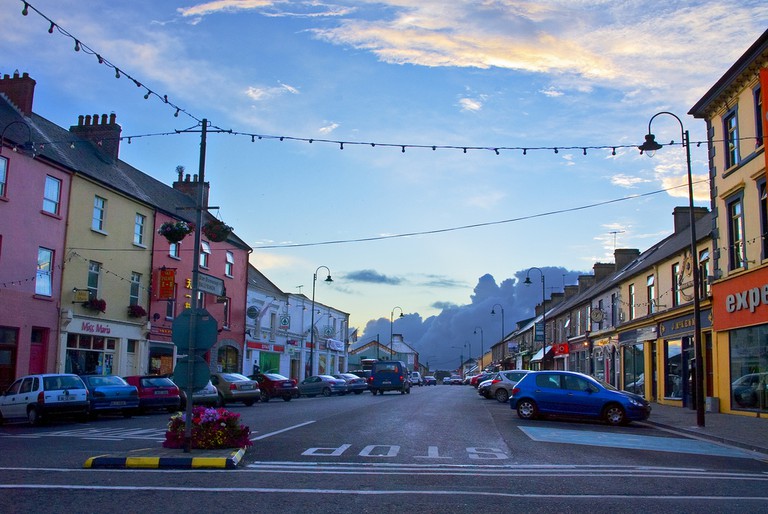 Market Street, Listowel | © Paul Woods/ Flickr
As the longest-running Kerry market, Listowel’s farming-focused outlet is small-producer focused, selling a range of products taken mainly from the region’s almost countless farms. Taking place in the town’s market square, it has gone a little upmarket in some corners in recent years: you can now buy artisan chocolate, ready-to-eat fish, crêpes and farmhouse cheeses as well as the vegetables that have always been on offer, making the farmer’s market a nice lunch stop-off. You’ll also find a few good bargains along the way. It runs on Fridays, 9am-2pm.

Shop, Store
Facebook
Email
Twitter
Pinterest
Copy link
Share
Map View
The international charity giant’s store in Tralee is as much of a gem as the rest of their dozens of stores spread across the country, in particular for things like affordable books, DVDs and clothing. As well as helping the less fortunate, readers will unquestionably be drawn in by their book offering. You’ll pay even less in the regular stock clearing sales that tend to come along when they run out of storage space from the ample donations, so keep an eye out. They are closed on Sundays.

Car boot sales are a very typical thing in Ireland, with households driving their car to fields or carparks on the weekend to sell unwanted clearout items, typically on the cheap. While you’ll find a lot of the typical stuff (such as toys and clothes that have been outgrown, albums that were in the charts 10 years ago, and battered furniture), there are invariably stories of great finds at these places. People have occasionally bought masterpieces, for example. This sale runs early on Sundays only, between 7 am and 2 pm. 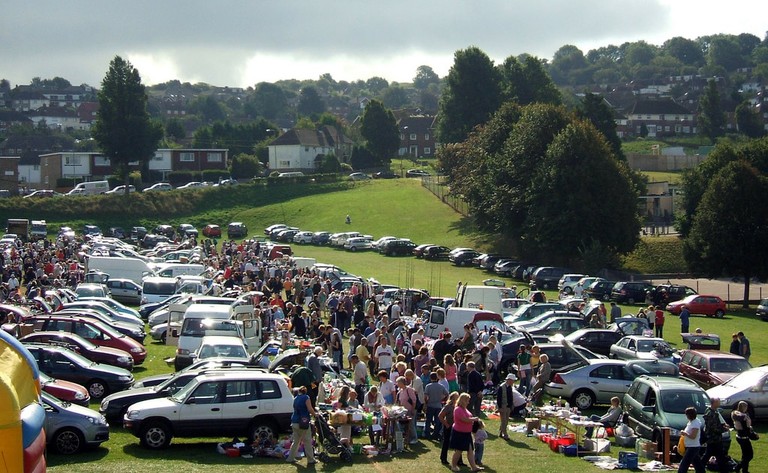