Galway is very much the picture-postcard Irish city – a colourful, old, charismatic place steeped in alluring tradition and nestled in amongst wind-swept shores and rugged hills. Its Atlantic-coast location also means it has some fantastic surrounds, from the last piece of land this side of Boston in the gorgeously tumble-down Aran Islands to breathtaking beaches and sheer, towering cliffs. You won’t have to travel far for astonishingly abundant scenery that begs you to indulge in the call of the outdoors, but the region also offers little glimpses of luxury. Here are our 10 favourite local spots.

Not far to the west of Galway city, the rugged hills of Connemara closely fit the cliched image of Ireland many have when they first arrive. Its landscape, famed for its soaring, barren hillsides, is still marked by famine-era farms, and its fields split by crumbling stone walls. Clifden is the area’s main town, more a sprawling village with bustling pubs and plenty of empty fields leading down to the water. Romantic Kylemore Abbey is an essential stop off, while the region’s hardy breed of pony is worth searching out too.

A tiny town in southern Sligo, Enniscrone is fast making its way onto the tourist radar in Ireland, not least because of its quirky glamping site, which includes the option to bed down in a retired jumbo jet. This place is all about the sea, though, be it the gorgeous sand dunes, the huge stretch of pristine Atlantic beach, or the option to jump in a bath in seaweed in one of the extremely old-school seafront bathhouses. There’s not much to the town itself, but the scenery is spectacular. 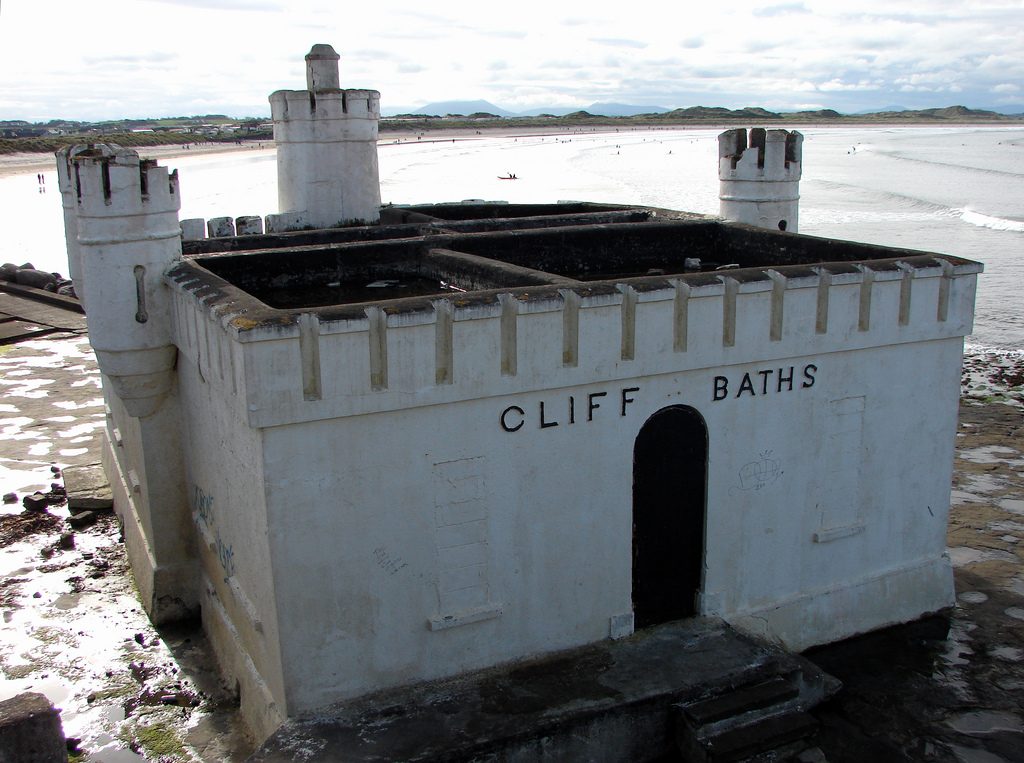 A tiny, picture-postcard village on the border of County Galway and County Mayo, Cong is best known for the soaring Ashford Castle, now one of Ireland’s best hotels and the wedding venue of choice for Pierce Brosnan. The town’s also home to the cottage that features in the 1952 movie The Quiet Man. Luxury hotel aside, it’s a tiny rural spot worth exploring for the gorgeous lakes, rustic buildings and the sense that you’ve left any semblance of modern Ireland far behind.

The Cliffs of Moher

The Cliffs of Moher are the intimidating spot in County Clare where you can walk right to the very edge of a 120-metre (393.7-foot) drop off over the Atlantic. The modernised site now comes complete with accompanying shops, restaurants and general tourist info cleverly tucked into the hillside, maintaining a natural feel, but its images, such as the one below, will always be the draw. Those who dislike heights might prefer to take a boat ride to the bottom (available from nearby Doolin), but if you can stomach the altitude, staring at the cliffs as the waves crash against their base is one of Ireland’s most iconic experiences. 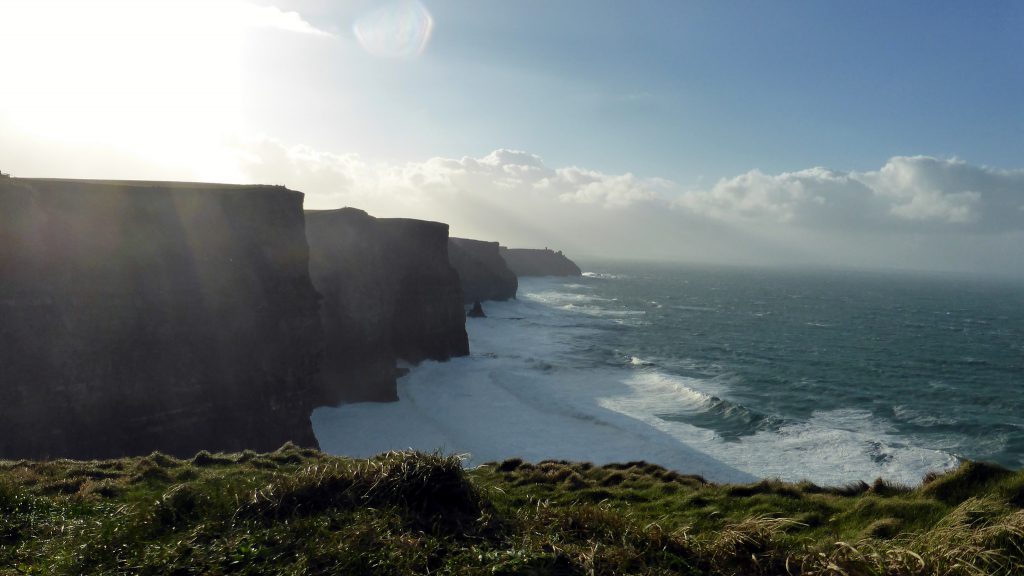 Known to all in Ireland thanks to the famous folk song ‘Fields of Athenry’, this town 25 kilometres (15.5 miles) outside Galway city is a typical Irish market town, surrounded by farms and stacked full of churches. It has a tumble-down feel, by virtue of a medieval castle and thick, ancient city walls, most of which are still standing today and make for an easy walking tour of much of the town. Bizarrely, the town may be about to become the site of a huge Apple data centre, but for now, it remains an enticing short stop off, crammed with traditional Irish soul.

A collection of thinly populated islands that mark the last stop in Europe before the Atlantic takes hold, the Aran Islands are an icon of historic Ireland, living largely off tourism today. The biggest, Inishmore, features a circular iron age fort that seems to drop off a cliff into the Atlantic. All the islands are known for their traditional lifestyles, homely bars and extremely old-world approach to life in general; expect narrow streets, locally produced gourmet food and tours that include a foodies’ hunt for edible seaweed. In short, it’s a fantastic, mellow, slow-travel destination. 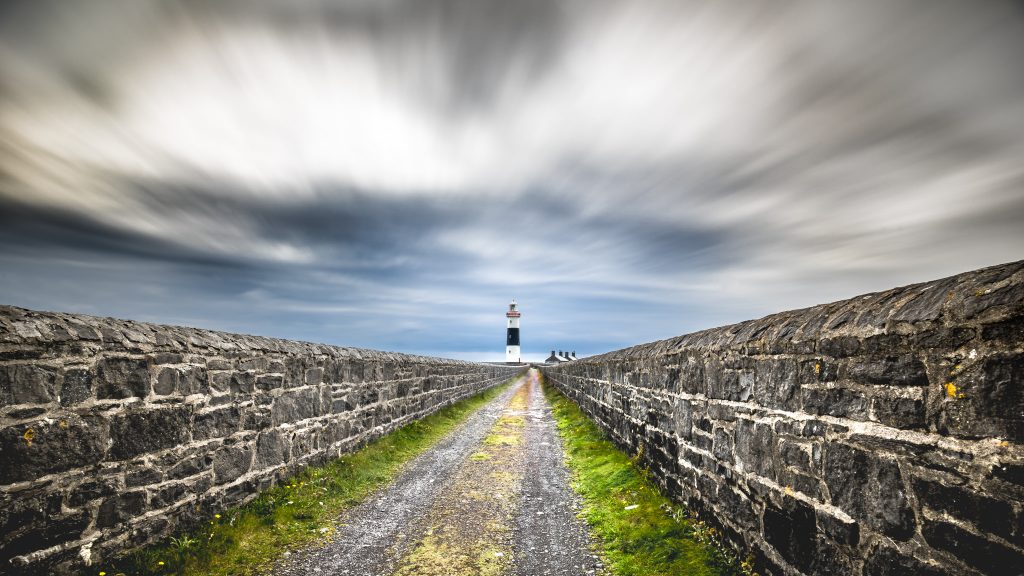 Depending on where you come from, you might scoff at the idea that Ireland has mountains. Croagh Patrick, admittedly, is only 764 metres (2,506.5 feet) tall, but with it directly overlooking the Atlantic, you’ll feel every inch of that. The path to the top is a pilgrimage often undertaken barefoot by devoted Catholics on the last Sunday in July, and ending with a mass at the top. For the less devoted, the symbolic St Patrick’s Bed, which sits alongside the summit chapel, as well as the bizarre sight of a mid-walk golf tee and some of the best views in Ireland are ample reward for your efforts.

Perhaps Ireland’s most surreal landscape, The Burren (literally ‘great rock’) is a huge craggy limestone plate across a 15-square-kilometre (5.8-square-mile) part of County Clare. With its own distinctive flora and an almost lunar feel to it, exploring the Poulnabrone portal tomb and medieval churches at The Burren’s heart is like stepping back in time. Nearby Lisdoonvarna – home to an old matchmaking festival for farmers that goes on to this day – is a ruggedly beautiful village as famed as any in Ireland. 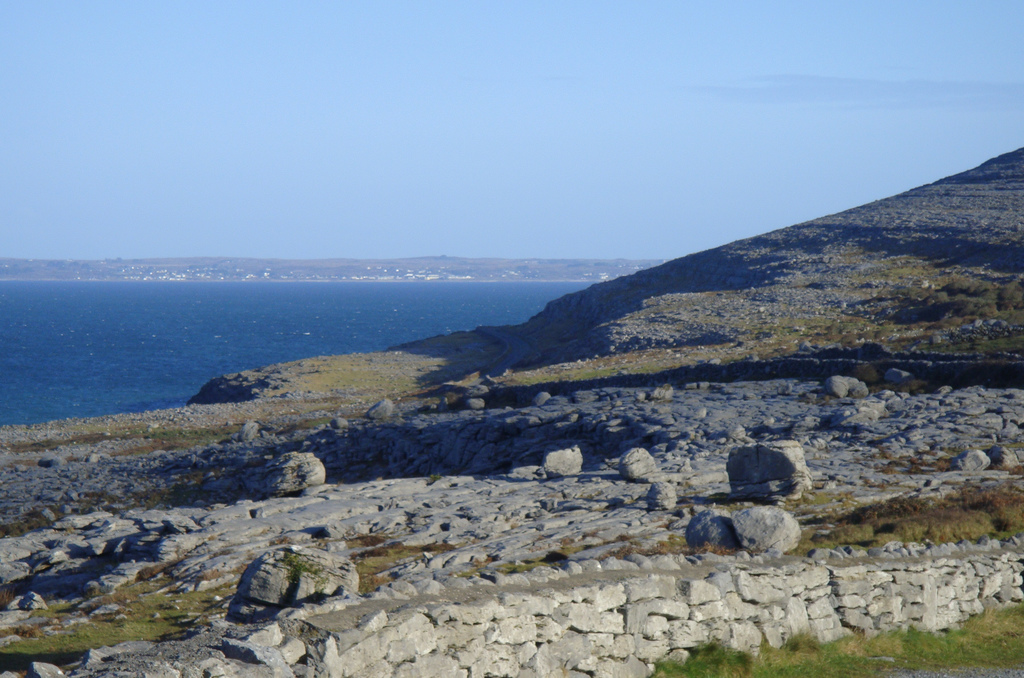 A coastal village that really comes alive in the summer, Lahinch is part of Ireland’s growing surfing scene, with boarders regularly seen in the waters of its vast, picturesque bay, or the nearby beaches. The town itself is a mid-sized coastal spot that has a decent nightlife in July and August and is home to an aquarium, spa, and just about every water sport you care to mention. Come winter, the whole place feels empty but still has a certain charm.

One for fans of probably the most famous television show ever to come out of the Emerald Isle, the building that houses Father Ted and the other priests in the hit comedy show is privately owned, which means you can only stand outside the gate for the most part (the family does offer afternoon tea by appointment only). That will mean it’s either the most pointless stop off on your entire trip, or – if you’re a fan of the surreal mishaps of its fictionally priestly residents – a picture to be treasured. It sits in Glanquin Kilnaboy, a village near Ennis in County Clare. 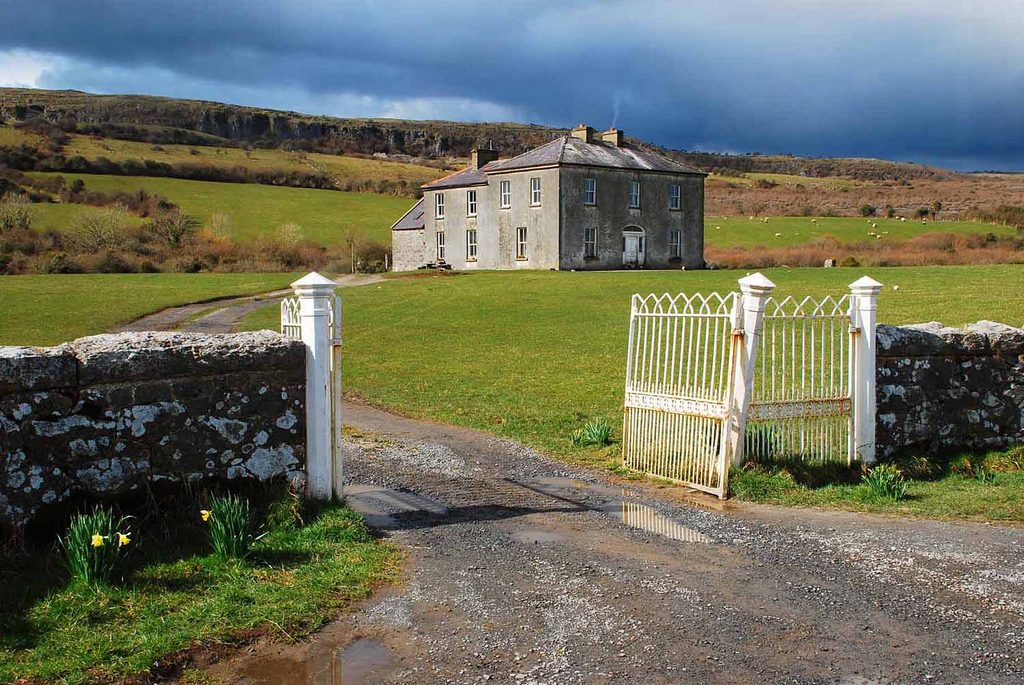