Revolution and Rebellion: These Are the People Who Shaped Dublin 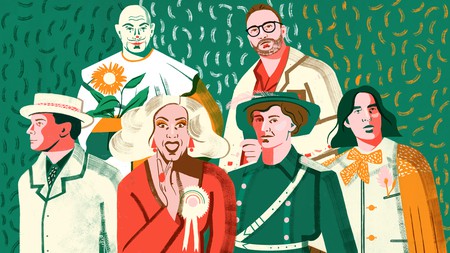 Dublin has always been home to passionate, courageous figures, from drag queens to street artists, who have fought to change the world. These are the people who have best embodied the true, revolutionary spirit of Ireland’s capital.

Dublin is full of rebels. On every street corner, you will find activists working to create a fairer city and even change the world. However, this culture of rebellion did not spring up overnight; it has been the lifeblood of the capital for years. From the 1916 Easter Rising to the fight for abortion rights over a century later, Dublin has long been at the forefront of change. These are the revolutionaries, past and present, who helped make the city the hotbed of rebellion that it is today. 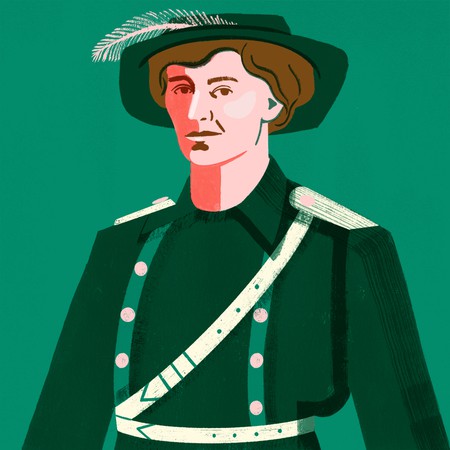 Born Constance Georgine Gore-Booth in 1868, Markievicz was born into a wealthy Anglo-Irish family and earned her name through her marriage to a Polish count. However, her privilege didn’t blind her; she cared deeply for the poor, women’s suffrage and Irish independence, and fought at every turn to enact change in these areas.

Markievicz cemented her place in history when she fought in the 1916 Easter Rising, the key event that set the Irish revolution in motion. Jailed for her participation and sentenced to death, she was eventually spared due to her sex – when told this news, she famously responded: “I do wish your lot had the decency to shoot me.”

In 1918, she became the first female MP elected to the UK House of Commons, although she never took her seat out of political defiance. Markievicz’s dogged fight for Irish independence and her refusal to bow to social expectations have cemented her position as one of Dublin’s most memorable rebels. 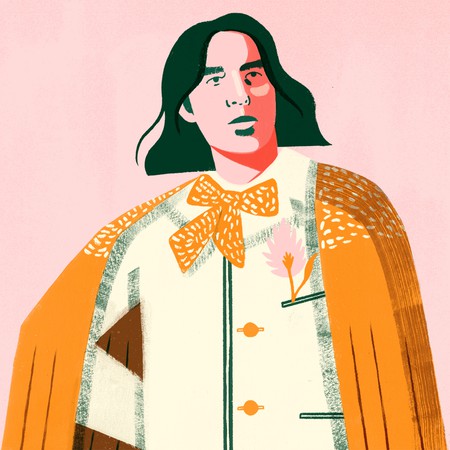 Renowned wit Oscar Wilde is best remembered not only for his writing but also his refusal to conform to social expectations in a conservative society. Wilde was born in 1854 to a wealthy Dublin family and went on to study at the city’s university, Trinity College Dublin, before moving to England.

Wilde became well known for his flamboyant dress and wearing his hair long, acts that scandalised Victorian society, but his fashion was far from the only thing that marked him out. While he was married to a woman, Wilde was also a gay man living in a society – and a legal system – that was openly hostile to homosexuality. It was his relationship with Lord Alfred Douglas that ultimately led to his downfall. Found guilty of gross indecency and sent to prison in 1895, Wilde later died destitute in Paris just five years later at the age of 46. Today, his rebellious spirit lives on in his extensive body of work, and his grave is a pilgrimage site where those who admire his defiance can pay their respects. 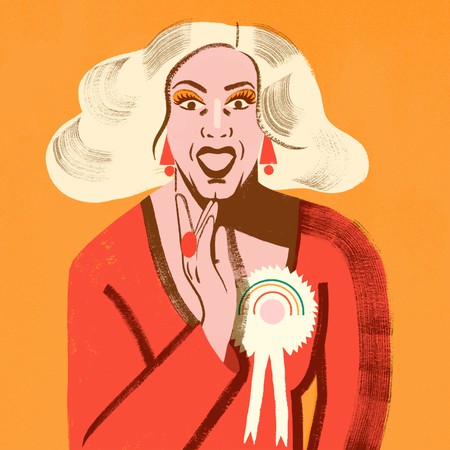 Panti Bliss – one of Ireland’s most famous drag queens – has a rebellious spirit that’s firmly imprinted upon Dublin. Born in 1968, Rory O’Neill grew up in Ballinrobe, County Mayo, before stepping out into the world as the glittering drag queen the world knows today.

In 2014, Panti appeared on television and spoke out about homophobia in the Irish media; the incident, which became known as ‘Pantigate’, led to broadcaster RTÉ paying substantial damages to those who were named. Three weeks later, Panti took to the stage of Dublin’s Abbey Theatre and gave a powerful, impassioned speech about the challenges of living in a homophobic society. That speech has since gone viral all over the world, with LGBTQ people everywhere identifying with her words.

Panti was also among those who fought tirelessly for same-sex marriage – which was legalised in Ireland by referendum in 2015 – and has continued to speak out at every opportunity for LGBTQ rights. 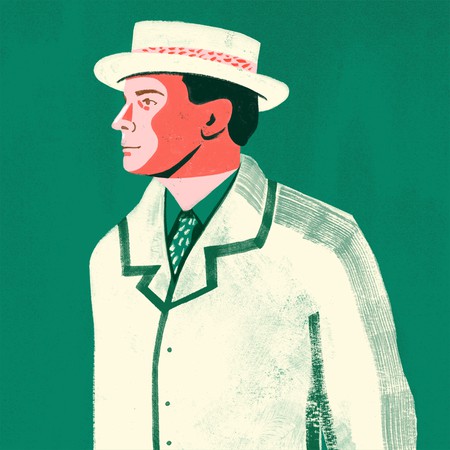 More than a century has passed since British forces executed Padraig Pearse, but his fervent dedication to Irish independence has ensured that his figure still looms large in Irish history. Born in 1879 in Dublin, Pearse developed a love for the Irish language and culture at an early age, going on to be a poet and writer. He was known for his rousing speeches; in 1915, during one famous graveside oration at the funeral of the Fenian Jeremiah O’Donovan Rossa, Pearse declared: “Ireland unfree shall never be at peace.”

One year later, Pearse became one of the leaders of the 1916 Easter Rising. Six days of bitter fighting ensued, but eventually, Pearse conceded defeat and surrendered. He was subsequently executed in Kilmainham Gaol. While he didn’t live to see the creation of the Republic of Ireland, this independence may never have happened without his commitment to rebellion, and his emotive words have lived on long beyond his life. 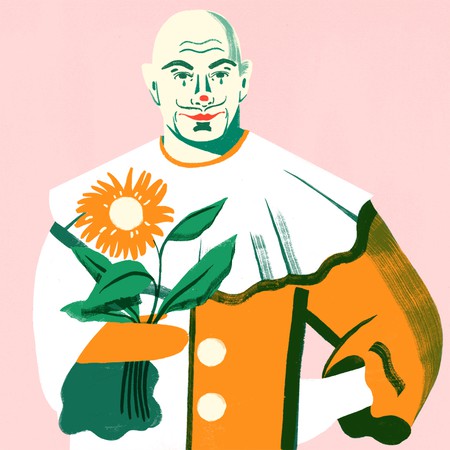 Born and raised in Scotland, Thom McGinty was an actor, performer and street artist whose rebellious spirit and cheeky outlook on life meant he was adopted as an honorary Dubliner. Born in 1952, McGinty moved to the city in 1976 and earned his nickname from working in The Diceman Games Shop.

McGinty quickly became a cult figure known for his refusal to do what he was told, clashing with the Gardaí (police) on several occasions. In 1991, he was charged with breach of the peace for wearing nothing but a loincloth on the street, and when the Gardaí tried to move him along during his performances, he would famously make a mockery of the request by leaving in extreme slow motion.

McGinty also became well known for his activism. He fought for gay rights before it was socially acceptable, or even legal – same-sex activity was not decriminalised in Ireland until 1993. Tragically, McGinty was diagnosed with HIV in 1990 and died five years later, but his legacy has lived on in Dublin, where he is still remembered as one of the city’s beloved rebels. 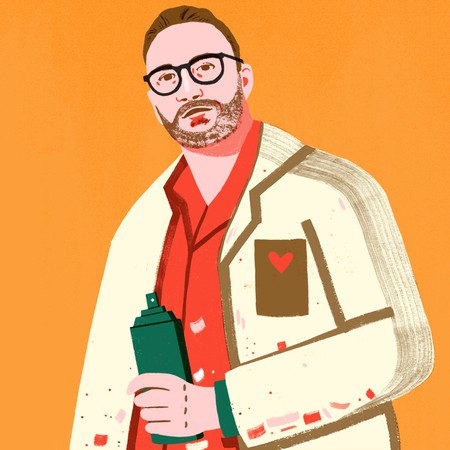 Maser – real name Al Hester – is known across the globe for his street art, but it is his Repeal the 8th mural that best captures his subversive spirit. Hester started on Dublin’s graffiti scene and returned after spending a stint in the US and the UK. In 2016, he debuted a new mural, calling for the legislation of abortion in Ireland – the graphic image was striking in its simplicity, with the words ‘Repeal the 8th’ emblazoned inside a giant red heart. It was painted on the outside wall of Dublin’s Project Arts Centre but removed shortly afterwards due to a breach in planning laws.

In 2018, there was an attempt to recreate the mural in the same location, but it was again removed, to public outcry in Dublin. Despite this, the wall painting took on a life of its own, appearing all over Dublin – posted on windows and stickered over lamp posts – as well as being branded all over social media. It was a visible marker of the huge, societal cry out for reproductive rights in Ireland. Due to the tireless work of countless activists, abortion was legalised in Ireland in 2018. Maser’s forceful mural is an example of the power of collective rebellion and the role of art in challenging human rights abuses.