Out of The Shadows: Inventing The National Epic 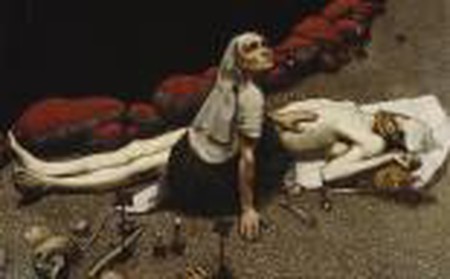 Every nation needs its epics and its heroes of the past. However, emerging states sometimes need to tweak these or even invent them altogether in order to create that sense of national identity found through a shared glorious past. 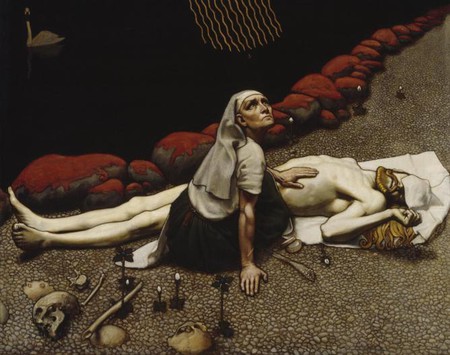 Painting by Akseli Gallen-Kallela, 1897, depicting a scene from Kalevala | WikiCommons

When James Macpherson published his translation of the poems of the ancient bard Ossian in the 18th century, it not only opened up a direct link to the distant past, it also created a firm ground on which Celtic nationalism could grow. When these poems were later discovered to be invented by Macpherson himself, it did not cause the uproar as may have been expected. The poems had already served their purpose in filling a void in Celtic identity that had been suppressed by a strong colonial crackdown in Ireland and the Scottish Highlands.
The success of Ossian was not limited to the Celtic fringes alone, it became a sensation through Europe and was reportedly carried and loved by Napoleon as well as reproduced in the closing part of Goethe’s classic The Sorrows of Young Werther. It served as a prime example of the fact that a nation needs a glorious past and it was something that would resonate with newly independent states throughout the following centuries.

In Finland a national epic was needed to carve out an identity after having been dominated by its bigger neighbours Sweden and Russia for centuries. The Finns found this from two different sources; one was the composer Jean Sibelius‘ opus Finlandia and the other was The Kalevala, a text that in many ways was similar to Macpherson’s The Poems of Ossian. The Kalevala is an epic consisting of stories collected by Elias Lönnrot; the impact it had on Finnish national identity seems to outweigh the theories that Lönnrot personally added to the original text. The Kalevala as well as Sibelius’s Finlandia were both needed to give Finland a foundation so that it could face its independent future with a common sense of pride, regardless of whether these tales were true.

More recently Latvian poet Juris Kronbergs has resurrected the epic in his Wolf One Eye. Although not as openly nationalistic in its tropes and language, when it was first published in 1996, it provided Latvia with a direct link to a mythological past, something that would give the recently independent country some ancient glory to boost a collective national identity.
What is common to all of the small countries above is that they have found some sense of national identity to move out of larger nations’ shadows. They have employed these epics to support a shared belief in the independent nation of their people and this identity has taken root and grown, despite the fact that most of these epics have questionable or even downright manufactured origins.
These three examples are undoubtedly just a few among many of such instances and indeed it may be claimed that most national epic are invented by its people – or at least enhanced, to fit the needs of the new nation.