My Journey, My Place: LGBTQ Dubliners Share the City’s Most Meaningful Spaces 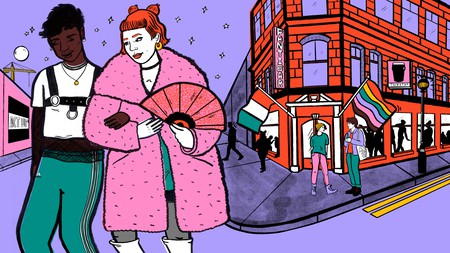 In the past few decades, LGBTQ rights in Ireland have come a long way, but there has always been a place for queer people in Dublin. Here, some of the city’s queer icons remember the landmarks that helped them become themselves.

Ireland’s LGBTQ community has long flocked to Dublin to explore their identity, to celebrate the city’s vibrant queer scene or to connect with like-minded people. Although many celebrated queer spaces in the area no longer exist, they are far from forgotten. Some of Dublin’s LGBTQ activists and cultural icons reminisce about the places that mean the most to them – either on their own personal journey or in the city’s queer history.

Aoife Martin remembers where she took her first steps

Aoife Martin had some of her formative experiences as a trans woman in Dublin. It was there, on Liffey Street Lower, that she first stepped out in public as a woman – an experience she calls “a baptism of fire”.

“There was no avoiding members of the public,” Martin says. “I was there, in full daylight, dressed as a woman and hoping no one would notice or, at the very least, give me any hassle. It was both terrifying and exhilarating.”

Those experiences on Liffey Street Lower helped Martin to embrace her true self in other avenues, too. Today, she is open and proud of her identity.

“Any time I walk down Liffey Street, I am immediately transported back to that time when I was first finding my feet and stepping out into the world. It fills me with nostalgia, but it also reminds me of how far I have come since then. Every journey starts with putting one foot after the other, and my journey to me were my first steps onto Liffey Street Lower.” 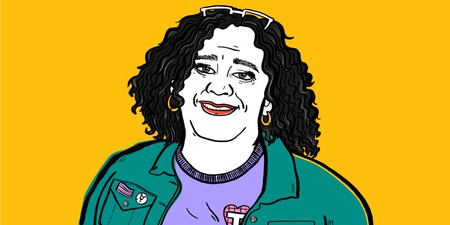 Una Mullally on the power of clubs

For lesbian writer Una Mullally, Dublin’s LGBTQ nightlife was at the centre of her queer journey. Sadly, with Dublin’s club scene in a constant state of flux, many of the places she mentions have since closed down. Among the venues that Mullally lists is the Tivoli Theatre, which was situated in Dublin’s Liberties before it was demolished earlier in 2019 to make way for a hotel. But before this, the venue was home to lesbian nightclub Kiss, which Mullally describes as “wild”.

“It felt like everyone on the scene went, and so the crowd was all over the shop. It was such a highly charged night – fights, sex, friendships forming and fracturing. Myself and my friends were really just kids when we were going to this night, pretty much every month. We’d pay our money in, and then head straight for the smoking section because the dance floor was often way too intimidating and intense!”

Mullally also name-checks several other queer club nights where the community could come together, including SoundCheck @ SPY on South William Street, which she ran with two friends, as well as Bitches Be Crazy at Rutland Place and DIVE in Portobello. 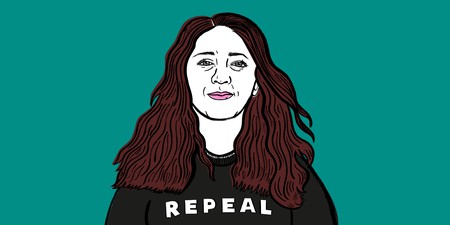 Despite never having visited Open Heart House, an HIV community centre in Dublin, HIV activist Robbie Lawlor speaks fondly of the place; he laments its closure in 2014 and what this means for the community.

Lawlor, who is living with HIV and is a tireless advocate for those living with the condition, remembers hearing that Open Heart House was closing down.

“I’ll never forget a TD (a member of the Irish Parliament) – I can’t remember which one – saying, ‘Isn’t it great that we don’t need these support services anymore?’ I was going through the depths of depression at that time as I had been given a diagnosis. I had never been to Open Heart House myself, but I remember feeling how devastating HIV was for me initially because I didn’t have support, and I didn’t know where to go. And then I heard this TD saying we don’t need it anymore. Jump forward to 2019, and we’ve never had higher HIV rates [in Ireland].” 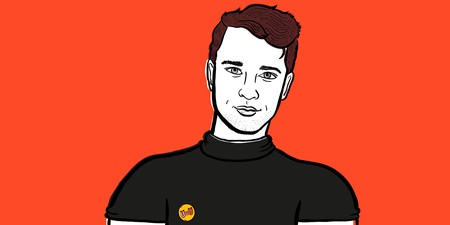 Tonie Walsh on the party that politicised him

As an activist and curator of the Irish Queer Archive, Tonie Walsh is intimately familiar with the Dublin spaces that have been integral to the LGBTQ community, but one stands out in his coming of age as a gay man. The Hirschfeld Centre – which served Dublin’s LGBTQ community from 1979 to 1999 in Temple Bar – offered a host of resources to the community. It was also home to the queer dance club Flikkers, a place that would change his world.

“I strolled in there to the dance club, and it was just utterly transformative,” Walsh says. “My life would never be the same again.”

The Hirschfeld Centre was “a home from home” for LGBTQ people who had, as Walsh puts it, “no biological families” – people who had been rejected and cast out for their sexual or gender identities.

“Effectively, all of my 20s were spent there, and it was a place that seeded extraordinary friendships and a sense of family. It politicised me through all those interactions and provided a range of social, cultural and political services that we now take for granted that are state-funded or part state-funded. For all those reasons, I have a huge emotional attachment to the building.” 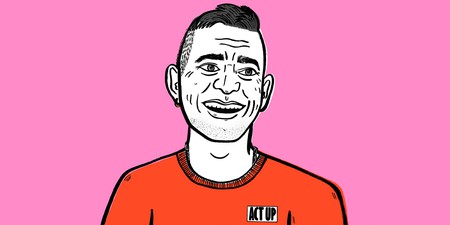 Ailbhe Smyth on the neighbourhood that shaped Dublin’s queer community

When lesbian activist Ailbhe Smyth came out in 1990, she started spending more time in a section of Dublin City that she now thinks of as her “LGBT area,” covering places such as South William Street, George’s Street and Temple Bar.

“The offices of Gay Community News (GCN) [Ireland’s LGBTQ magazine] used to be located on South William Street, and that meant that there were also quite a few cafés and bars that you’d go to around there,” Smyth says. “That was my track, and it still is my track.”

Looking back, Smyth – who has also fought tirelessly for abortion rights in Ireland – says it was in this part of Dublin that she embraced being “radical and lesbian”.

“I’m not even sure at that point that we thought of ourselves as queer, but it was part of this idea of being a transgressor, of being subversive, of not conforming to expectations. All of those places had that connotation,” she explains. “In any of those bars and cafés in that area, I was totally myself.” 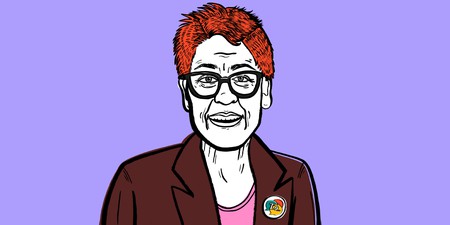