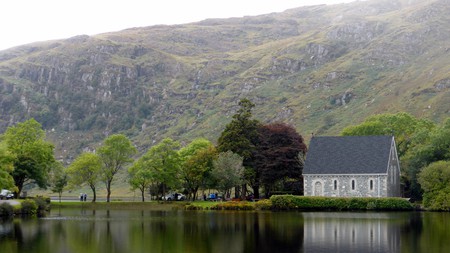 Ireland has re-launched its own temporary ‘Camino’, with detailed guided tours to run through the country’s National Heritage Week, taking place August 19–26, 2017.

Based on Spain’s famous Camino de Santiago (though in most cases, the treks actually pre-date the iconic North-Spanish path), the route takes on several of the pilgrimage’s key attributes. For example, it’s based around key traditional religious paths and features a stamped ‘passport’ to symbolise the completion of each phase of the course, similar to that obtained at churches on the Spanish routes. The walks, however, are not one straight line, but (with one exception) located in Ireland’s rural south-west.

While all five of the routes are normally accessible to the public, who can collect the ‘passport’ at any time, Heritage Week will see them led by local guides, with trips served up through the week at the cost of just €5 (US$6) per route. There is also the option to take all five treks, add in two lunches and get local transfers during the week for €80 (US$96).

Passports, however, are available throughout the year, with certificates of completeness for those who trek enough of the Irish pilgrimage trails, even over an extended period of time. Grab more details here. The five key routes taking part in the Heritage Week event are each sacred locally. They are as follows:

An ancient pathway up a mountain that’s become highly symbolic in Ireland, Croagh Patrick, Tochar Phadraig (St Patrick’s Causeway) is the only one of these routes that a significant proportion of locals will already have taken on. Described by the Heritage Week as moderate/difficult and taking upwards of 10 hours, the 30-kilometre (18.6-mile) route is traditionally undertaken barefoot.

Local history proclaims this spot to be the site of a 40-day fast from Ireland’s patron saint, though the holy significance almost certainly predates St Patrick and Irish Catholicism. Sites on the route include – aside from sensational views of the Atlantic coastline from the steep 764-metre (2,506.5-foot) peak – a ritual wash at the start of the route, a small chapel at the highest point, St Patrick’s Bed, and an oddly-placed golf tee half-way up. In recent years, the mountain has been found to contain a streak of gold estimated to be worth more than half a billion dollars; however, local campaigning successfully prevented its mining. 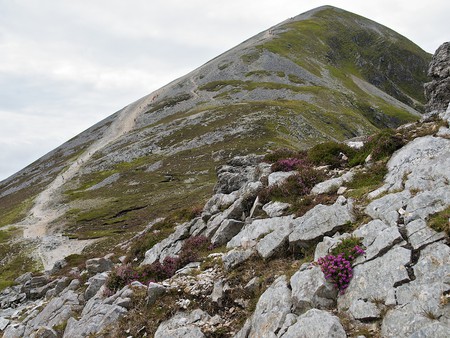 St Kevin’s Way is less famous locally than the lengthy Wicklow Way, though it’s based in the same area, the ‘garden county’ just south of Dublin. It should, in all probability, be far more famous. Taking in gorgeous Wicklow hillsides, the walk (described by organisers as moderate, covering 30 kilometres [18.6 miles] and taking about seven hours) follows the route of St Kevin as he travelled to his hermitage in Glendalough, one of Ireland’s top tourist attractions (though there are actually two slightly different pilgrimage pathways that can be taken to arrive there).

The monastic settlement at Glendalough as it stands now came almost entirely after Kevin made his trek in the 6th century, though some remnants of the original settlement remain, as well as mythical locations such as St Kevin’s Bed. The latter, located on a hillside overlooking the site, is extremely tough to access and, according to legend, is the spot from which the saint once threw an amorous local woman into the lake in order to maintain his vows of chastity. 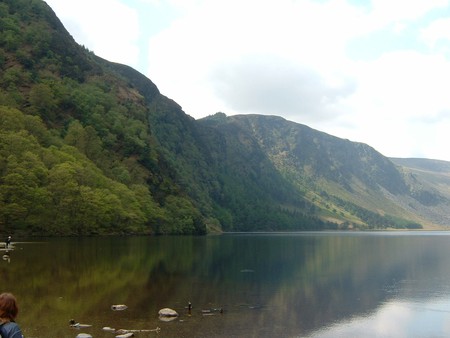 Translating as the Saints Road, this route takes in some spectacular scenery on the Dingle Peninsula, directly to the north of the glorious and well-travelled Ring of Kerry route. It makes for a perfect ‘combo’ option for those looking to explore the south-west. Described as moderate by organisers, the 18-kilometre (11.2-mile) path (taking between four and five hours to stroll) runs from the beach to the foot of the Brandon Mountain, climbing only one notable hill, but offering spectacular views throughout.

You will also find a 15th-century tower house and other stone relics as part of the hike, including crosses, holy wells, churches and plenty of other religious relics as you make your way slowly uphill. The 952-metre (3,123.3-foot) Mount Brandon is a pleasant climb to finish your hike, should you be the particularly energetic type, but it’s not for the faint-hearted. 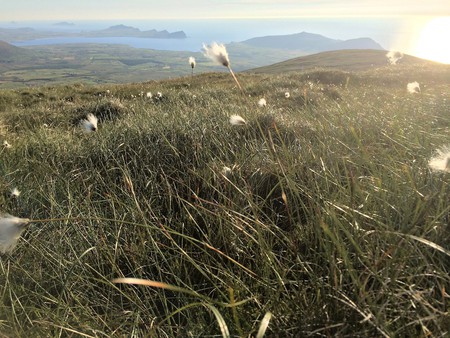 Another sought-after pathway for centuries, St Finbarr’s 6th-century route to the isolated lakeside spot of Gougane Barra included a stop at The Top Of The Rock, where he stood and demanded people return to follow Christ. Easily the toughest of these routes, the organised walks will take on this particular path over two days, though the fit, regular hiker might manage the 37-kilometre (23-mile) route in a long, single day trip.

The walk includes sensational views of the West Cork coastline, crossing three mountain systems and stopping off in the four valleys that sit around them. The term ‘mountain’ in the Irish sense is not quite the Alpine vista you might expect of the word (nothing here tops 1,000 metres or 3,281 feet), but this is nevertheless a demanding route, the pain of which is considered part of the experience. There’s plenty of local folklore to explore too, and not too many have been before you in the recent past. The route has only reopened in full after local landowners agreed to grant access in 2008.

A 690-metre-tall (2,263.7 feet) cross-topped ‘mountain’ found right on the main Ring of Kerry route, Cnoc na dTobar’s pilgrim walk departs from the beautiful coastal town of Cahersiveen. The easiest of the routes on offer as part of Heritage Week (described as moderate, at nine kilometres [5.6 miles] and around 3.5 hours of walking), the site has been sacred since long before Ireland became a Catholic country, with its roots in Celtic Paganism.

There are 14 ‘sites of the cross’ along the route, with each marking another step towards the summit. In ancient times, that summit saw fires, dances and ritual events in celebration of the harvest, but today, your main reward comes in the form of a magnificent view of Kerry’s rugged coastline and mountains and, of course, that stamp in your pilgrim passport. 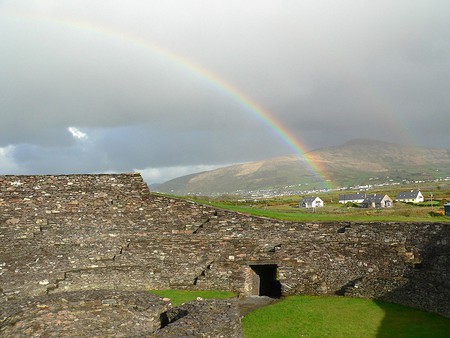 Find out more about what Ireland’s planning for National Heritage Week through the website, here.