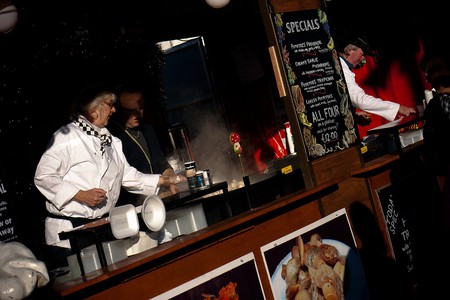 As a country that’s traditionally so Catholic that the church still owns and runs many of the schools, Ireland is a good spot to enjoy a real traditional Christmas. From endless church services to a tradition that sees children collecting cash in bars on St Stephen’s Day (December 26) in exchange for singing Christmas carols, there’s lots to love here (including the seasonal lights and shopping, naturally).

Christmas markets, though, are a relatively new thing, with the finer elements of many of the gatherings imported from places like Germany and Sweden. Even capital Dublin is yet to establish a particularly impressive local option, but fortunately there is plenty to explore elsewhere. So with Santa set to start his route planning, here are our favourite Irish Christmas markets…

Widely regarded as the best Christmas shopping on the island of Ireland, Belfast’s extensive central Christmas market really brightens up the northern city throughout December. Hosted in front of the impressive City Hall, its stalls include massive seasonal flower stores, nougat, global foods including alligator and kangaroo, some really impressive craft products and authentic German Bratwurst (typically made by authentic Germans). The market is fiercely popular with those traveling up from the Republic; Sterling and Euro exchange rates are typically favourable. The one slight let down is its tendency to close fairly early (as early as 5 p.m.), but, while it’s open, it’s great. 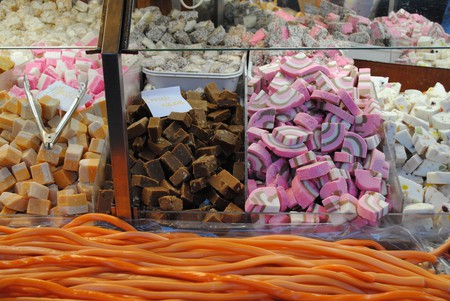 Part market, bigger part theme park, Funderland is a Dublin Christmas institution that simply has to be included on a summary of Irish Christmas markets, even if it’s only touching the fringes of the market concept. Located at the sparkling RDS in plush Ballsbridge, Funderland is made up of seasonal stalls serving hot chocolate, candy floss, German sausages and endless jellied sweets. There are also several large halls and an outdoor area filled with temporary fairground rides, taking in massive swinging chairs, roller coasters, horror houses, teacups, ice skating and most other mechanical thrills you care to mention.

Probably the Republic of Ireland’s best Christmas market, this Galway effort, centrally located in ornate hub Eyre Square, is made up of more than 50 chalets filled with traders and a lively spot for Christmas gifts and plenty of inventive multinational food. As well as the stalls, there’s a Santa’s grotto, a German beer hall and various events taking in theatre and music, which run from late November to a couple of days before Christmas. A small selection of fairground rides keep the kids busy. Plus there’s mulled wine. And the place looks fantastic too.

The port town in a south Dublin suburb has its own regular market year round on Sundays, but goes big for Christmas. Billed as an entire ‘Christmas Festival‘, the market aspect runs from Friday to Sunday throughout December and late November, serving up the usual selection of treats, handicrafts and decorations. There’s a special facility to post letters to the North Pole and, naturally, plenty of events with the lovable bearded one.

Cork’s Christmas festivities are diverse, featuring puppet workshops, a giant ferris wheel, traditional kids rides, choirs and a host of market stalls. The ‘Festive Food Markets’ along Grand Parade build on a local culture for spectacular market cuisine which usually finds its home in the wonderful English Market. The markets are a weekend thing, running from Friday to Sunday across the four weekends of December. 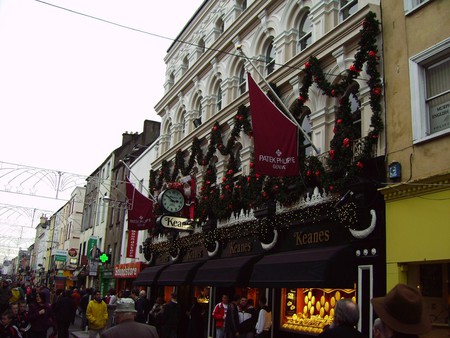 Waterford does an inventive seasonal series of events in Ireland’s oldest city, with Winterval taking in Vikings, movies, markets, music, a Polish craft market, storytelling, the traditional crib and a toddler’s teddy bears’ tea party. The Christmas Market stretches across Arundel Square, Bishop’s Palace and Cathedral Square, with beautiful Christmas shacks filled with the usual array of food and gifts and starts as early as mid-November, but it’s the vast array of extra events that’ll probably draw you in.

The Milk Market is one of Limerick’s main tourist draws, and the traditional shopping corner of the city comes to life for Christmas. The mix of crafty stalls contained under the canopy and in the hollow old buildings run a ‘Ten Days of Christmas‘ from December 15 to 24, with Christmas crafts, choirs, carols, seasonal food and sharp lighting. It’s an adaptation of an existing market, but the Milk Market is such a great spot on a day-to-day basis that you’d be mad to pass it up. 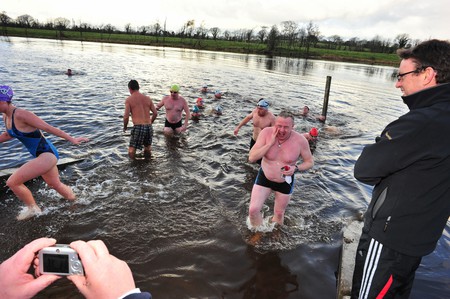 Brave Limerick locals swim in the Shannon River on Christmas Day, a local tradition | © Limerick Masters/ Flickr
Give us feedback