How to Spend 24 Hours in Cork, Ireland 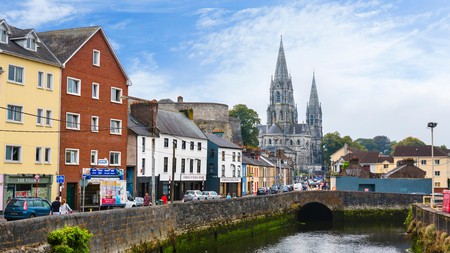 See and experience the best of Cork, which sits on the River Lee, in one day | © Ian Dagnall / Alamy Stock Photo

Considered by many locals as the real capital of Ireland, Cork deserves thorough exploration. But if you only have one day to spend here, make the absolute best of it by seeing some of its most famous sights and experiencing the vibrant culture.

Great food is one of Cork’s biggest selling points, so be sure to sample the local cuisine. Start your day at Liberty Grill on lively Washington Street, where the New England-influenced all-day brunch menu features regional ingredients such as West Cork free-range eggs, Atlantic crab and Rosscarbery black pudding. 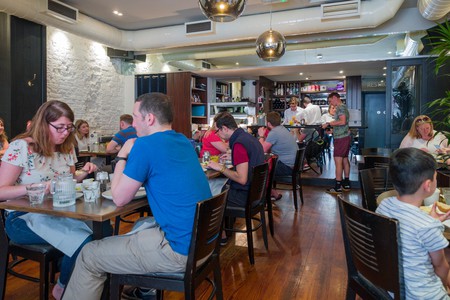 After stopping to admire the neoclassical architecture of the Cork Courthouse next door, head west on Washington Street – a walk that will take you along the banks of the south channel of the River Lee – until you reach the pedestrian bridge that leads to the leafy grounds of the University College Cork (UCC) campus. Shortly after crossing the river, you’ll come to the unmistakable Glucksman art gallery, once voted Ireland’s finest public building. If it’s open (it’s closed Mondays and only opens from 2pm on Sunday), stop in and browse the exhibitions free of charge.

Then continue deeper into the campus until you find the Main Quadrangle – the oldest part of the 175-year-old college. Take in its impressive limestone buildings from the square, before entering the main arch under the clock tower to the area known as the Stone Corridor, where UCC’s collection of Ogham stones, carved with Ireland’s earliest form of writing, are on permanent display.

Head east towards Saint Fin Barre’s Cathedral, a gothic-revival cathedral on the same site where the city’s patron saint established his monastery in the seventh century. You have to pay to look inside, but the €6 (£5.40) admission fee is worth it. The building contains more than 1,000 sculptures, elaborate mosaics, the largest church organ in the Irish Republic and – somewhat incongruously – a cannonball from the 1690 Siege of Cork.

After the cathedral, have lunch at Miyazaki on nearby Evergreen Street. Getting here when it opens hopefully means you’ll be able to secure one of the few stools at this mega-popular, tiny Japanese takeaway, which has become a sensation since opening in 2015. Chef Takashi Miyazaki has been named chef of the year by the trusted McKenna’s Guides and earned rave reviews from restaurant critics far and wide. 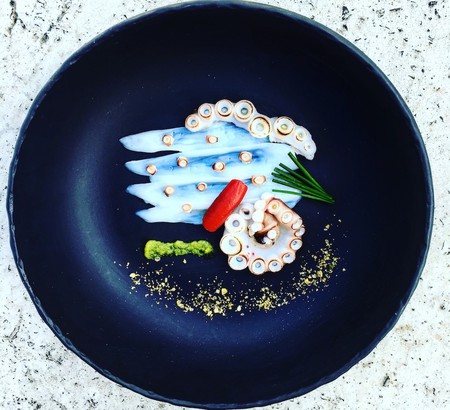 A two-minute walk from Miyazaki is a 17th-century star fort, which you can visit for free. From its walls, Elizabeth Fort provides a perfect vantage point from which to view the city below. It also has a fascinating history. A fort was first built here in 1601 after the Battle of Kinsale – which completed England’s conquest of Gaelic Ireland – but the citizens of Cork destroyed it after the death of Queen Elizabeth I just two years later. The well-fortified structure built in its place dates from 1626 and has survived numerous attacks, such as the Siege of Cork during the Williamite War in Ireland (1688-1691), as well as the 19th-century Irish War of Independence and Civil War.

To sample Cork’s coffee culture, stop by Alchemy just around the corner for a quick pit stop. Alternatively, make your way back to the river and continue east, following Sullivan’s Quay until you find Filter, an espresso and brew bar. Ask for Badger & Dodo beans, which are roasted locally in Fermoy, County Cork.

Once you’re suitably caffeinated, cross the river via Parliament Bridge and continue north up Princes Street, where you’ll find the entrance to one of the city’s most famous attractions, the English Market. Dating back to 1788, this municipal market is often credited as the best food market in the whole country. Spend some time exploring the stalls, meeting the friendly traders and maybe picking up some gifts to take home. 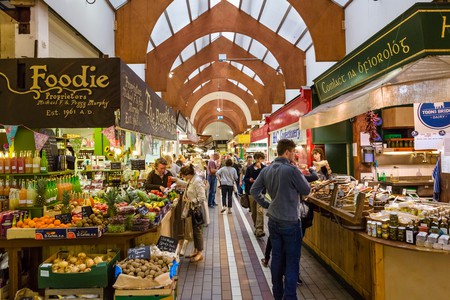 After leaving the market, cross St Patrick’s Street’s busy shopping area and head to the Crawford Art Gallery on Emmet Place. From 18th-century Irish and European works of art to contemporary pieces, the gallery hosts a variety of exhibitions.

Have a pre-dinner drink in the historic market area around Cornmarket Street, still known to locals by its former name, the Coal Quay. Try a cocktail at the Old Town Whiskey Bar at Bodega, a listed building and former indoor market that was built in 1843, or go for a pot still Irish whiskey at the Roundy – a member of the Cork Whiskey Way. If you’re more of a beer person, visit the award-winning Rising Sons microbrewery and brew-pub instead.

Grab a leisurely early dinner at Paradiso, an atmospheric vegetarian restaurant on Lancaster Quay. Even hardcore carnivores will find themselves enchanted by the inventive dishes here, such as chilli-glazed pan-fried tofu with pak choi, or king oyster mushrooms with potato gnocchi. 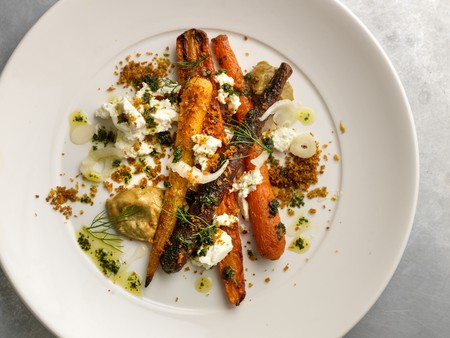 Finish the night north of the Lee, where you can experience Cork’s legendary nightlife for yourself. The historic Shandon district is where you’ll find both Sin É pub – known for its traditional Irish music sessions – and City Limits Comedy Club and Late-Night Venue, one of the country’s best-loved venues for live comedy. It’s where legendary Irish comedian Tommy Tiernan filmed his 2011 DVD Crooked Man.

If drama is more your thing, a short stroll away on MacCurtain Street is the Everyman, a 650-seat Victorian theatre that has seen performances by everyone from Cillian Murphy to Ed Harris. The bar is an ideal spot to soak up the pre- and post-show energy over a drink.