How to Find True Love at Ireland's Famous Matchmaking Festival 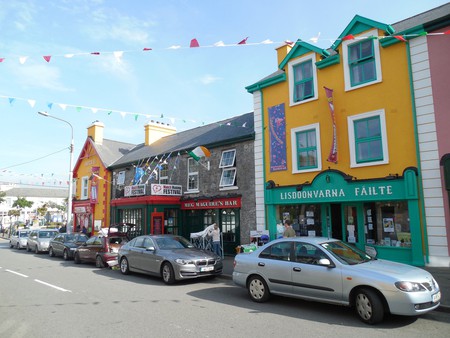 Lisdoonvarna is a tiny rural spa town, a place with a population of less than 750 people, located in County Clare on Ireland‘s western, Atlantic coast. In the Emerald Isle, it’s synonymous with only one thing: love.

Far from the world of Tinder, the lively Dublin nightlife scene, and almost any other modern-day take on romance you care to mention, Lisdoonvarna hosts an annual autumn festival aimed, traditionally, at helping lonely rural farmers to meet a match from outside their immediate area. In fact, even the autumn timing is designed to fall at farming’s quietest time of year, post-harvest.

The concept is met with a certain amount of derision among the country’s more modern urban dwellers, who often refer to Ireland’s more traditional-leaning rural people as culchies. Specifically, they mock the idea of the most eligible bachelors being those with the most ‘road frontage’ (areas of land that lie directly adjacent to a road), a concept that’s still pulled out, albeit usually in jest, in rural circles.

Despite being viewed as something of a beloved national joke, however, Lisdoonvarna has modernised substantially in recent years. There’s now an annual LGBTQ matchmaking weekend called ‘The Outing’ forming part of the festival, and while the music is still distinctly old-school country in its selection – this year stars Mike Denver and Nathan Carter – the festival is returning in something of an ‘ironic’ blaze of glory. 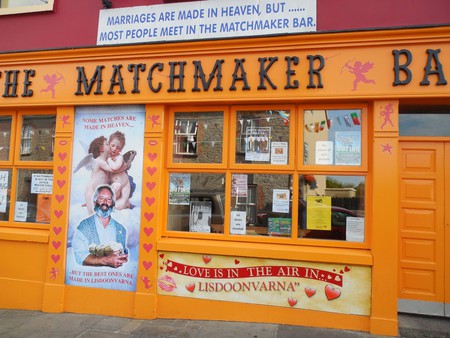 The story of the festival

In 2017, Lisdoonavrna’s matchmaking festival will be 176 years old. The town has always been a tourist spot, almost exclusively because of its spa water, which offers the other main attraction aside from the festival. The local liquid is commonly bathed in as well as drunk, and the town contains a number of spa hotels which tout its benefits, proclaiming the water’s nutrient content and its benefit to certain ailments and diseases.

The matchmaking festival itself goes on every day from early September to early October, taking in six weekends, with the schedule for the matches and dancing quaintly summarised as ‘from mass until late’ every day. Another way of putting that is that the festival runs for over 12 hours a day, for the best part of a month.

The event peaked in the 1920s, where it won the local tag line as a place where “parish priests pretend to be sober and bank clerks pretend to be drunk”. Back then, matchmaking was a far more serious undertaking; one that operated during a lull in a busy year of manual labour, and represented a rare chance for people in the area to meet eligible partners from outside their own small communities.

Much of the ‘serious’ aspect of the event has faded over the years, replaced with a slight tongue-in-cheek party atmosphere, though the matchmakers are still flourishing: the current key man represents the fourth generation of the same family in the role. With impressive numbers of attendees in recent years, the festival has become one of the largest of its kind in Europe.

Around 40,000 people typically attend over six weekends of the festival, with modest matches made by matchmaker Willie Daly from the hub, the Matchmaker Bar. 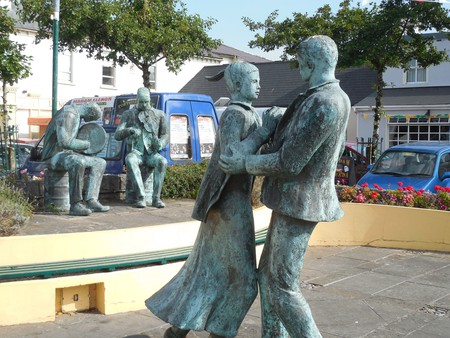 Of course, the festival has changed substantially since 1841, as has Ireland itself. You’re probably aware that the country became the first to legalise gay marriage by popular vote back in 2015, and while Clare is not generally lauded as one of the country’s more progressive corners, things are very much moving with the times.

There have, however, been some recent issues around the matchmaking side of the festival. In 2013, organisers struggled to attract enough men to the event, and drew complaints from attendees as a result. Matchmaker Willie Daly told Irish Central at the time: “We’ve definitely noticed that numbers are up, particularly women. But we’ve a shortage of bachelors. A lot of American women have flown in and they’ve said there just aren’t enough Irish men to go around. A lot of these women are dreaming of finding romance with an Irish fella, but they’re struggling to find one this year. So if there are fellas out there who want to find a match, they’ll never have a better chance than this weekend, because the American women will be falling over them,” he joked.

You might notice a core tourist angle in those particular comments: it’s certainly true that the festival attracts its fair share of love-seeking visitors to the Clare town – Americans in particular, many of whom idealise the Irish charm. The locals might joke more about ‘the gift of the gab’ (an Irish ‘talent’ for a certain type of charming talk) in such scenarios, but nevertheless more than 300 ‘matches’ were made in 2013, so something is clearly working. Could you be ‘matched’? Absolutely. But you’re more likely to find your own partner at one of the town’s ample bars, or strutting your stuff on one of its dancefloors.

Other attractions, then, are key: they include a lot of music, horse racing, dancing and the crowning of the most eligible characters, ‘Mr Lisdoonvarna’ and the ‘Queen of the Burren’. 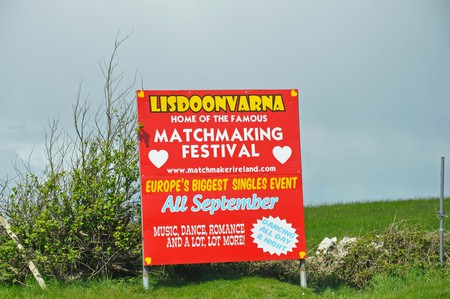 You’ll certainly have a lot of what the locals like to call the craic – in other words, a whole lot of fun. Should you expect anything genuine to come from it? The organisers do talk up the actual matches they achieve, but we’d probably advise you to see it as a bit of fun, and note that the age dynamic, while varied, does tend to be on the older singleton end of the scale.

You should book as far ahead as possible; finding accommodation in such a small town is difficult, and most people find themselves having to travel from elsewhere – such as nearby towns Doolin and Kilfenora – for the events. You’ll have to book tickets for the major events ahead of time in most cases, and you can expect to face a bit of competition to find your match (especially, as mentioned previously, if you’re female).

There are some who do take it extremely seriously. This rather optimistic fan of whimsy, for example, is selling her home and business in Johannesburg, South Africa, in order to travel to the festival in search of a charming rural Irishman. “I feel that this is something that I really want to do, and if it happens, I don’t want anything here to be holding me back,” she told the Irish Mirror. We wish her all the luck of the Irish!

If you’re particularly keen to be matched by Willie Daly, he can be contacted via his website, where you can also discover his role in another Irish tradition: horse whispering.

For a further taste of the festival, watch a local TV report from Irish national broadcaster RTE, filmed during Ireland’s recession in 2012, below: