Destination Dublin: What to Eat, Drink and Do

If you want to see Dublin in its full glory, a few days will not suffice. However, if you have no choice but to punish yourself through a comprehensive zeitgeist in limited time, here is a barebones list of where to drink, what to see and how to enjoy a flourishing city with little more than the remnants of your student loan in your back pocket. 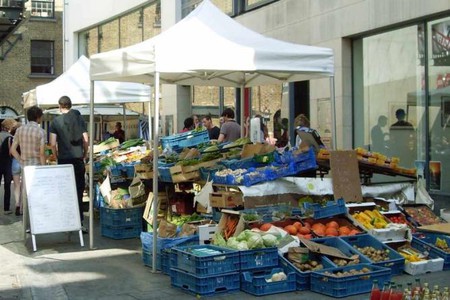 Dublin is not the cheapest city you will ever go to; in fact it is probably one of the more expensive for food and drink. However, that is not to say that bargains cannot be found.

Always packed out, always good value and absolutely always delicieux is the café at the Alliance Francaise where you can treat yourself to reasonable coffee and croissant deals, as well as good value main meals. The relaxed atmosphere belies the seriously good food they offer.

If you are looking for fuel for a day of traipsing around the sights, look no further than Mama’s Revenge Burrito Hut, where for €5 students can get a gut-busting, half-kilo of burrito which tastes as good as the colourfully decorated shop-front looks.

If your body is a temple, or if you just fancy something a bit lighter, head over to a Kokoro Sushi, where after 7.30pm, everything goes for half-price.

If you want to cook for yourself, whatever you do, do not miss the opportunity to buy some local meats and cheeses at the Farmers Market at Temple Bar, which takes place from 10am to 4pm every Saturday.

If you want to experience some defiantly Irish music to go with your beer, go to O’Donoghue’s Bar where there is traditional music on every night; Irish Folk music is almost unique in the way that it has withstood the tumult of the 20th century where other European counterparts have buckled. Expect loud music and even louder laughter.

Toners Pub is another establishment that boasts the claim of ‘best pub in Dublin’. What sets Toners apart is its impressive beer garden – perfect for the summer.

If traditional pubs aren’t for you, then The Bernard Shaw will tick all those alternative boxes; from failing local to regenerated hipster-pad, head there for art exhibitions, food served out of a blue double-decker bus and good music.

Later on at night, one place not to miss is The Twisted Pepper, whose nights include house and techno and whose days are filled with good food, coffee and reasonably-priced cocktails. 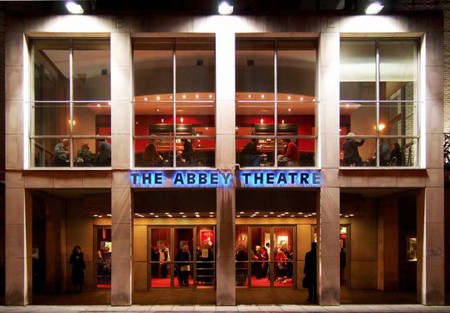 Anybody with even a vague interest in literature will want to visit some of Dublin’s literary landmarks. Joyce, Yeats, Bernard Shaw – but to name a very select few – have left Dublin wrought with their footsteps. Although Joyce actually spent very little time in Dublin comparatively to central Europe, his trifecta of best known works – Dubliners, Ulysses and The Portrait of the Artist as a Young Man – owe their fictional consciousness to Dublin. There are several places in Dublin where you can find out about Joyce, but the James Joyce Tower at Sandycove offers something slightly different: a 25 minute metro ride out from the city centre offers access to a converted watch post where Joyce spent 6 days. It might not seem like a significant amount of time to warrant the dedication of it to his memory, however, the sea views from the tower top clearly left an impression on Joyce, as they prominently feature in the first few lines of Ulysses.

Free entrance to both the National Gallery and also the Hugh Lane Gallery allows the traveller on a budget to see world-class art for nothing: at the National look out for the sublime and heart-wrenching ‘The Taking of Christ’ by Caravaggio- the star piece in a gallery which is to re-open extensive wings that have undergone recent restoration. At the Hugh Lane Gallery, you must make a point of visiting the permanent preservation of Francis Bacon’s London Studio, relocated with meticulous precision hundreds of miles over to Ireland.

Outdoorsy types should head either to the Howth Peninsula or cycle to the Wicklow Mountains to step out of the city and into rural Ireland- the beauty of which provoked Yeats to ask ‘What made me live like these that seem/ Self-born, born anew?’ (‘Stream and Sun and Glendalough’). After your excursion or museum outing, it is strongly recommended to follow up with a visit to the theatre.

Dublin has many affordable theatre tickets to shows above and beyond musicals. The Gate Theatre, The Abbey Theatre, Smock Alley Theatre are just three such venues, albeit a very historically significant three, that show a wide range of performances. Dublin is a city that very much likes to breed its own theatre, so do not turn down an opportunity to see, for instance, a Tom Murphy or a Conor McPherson play.