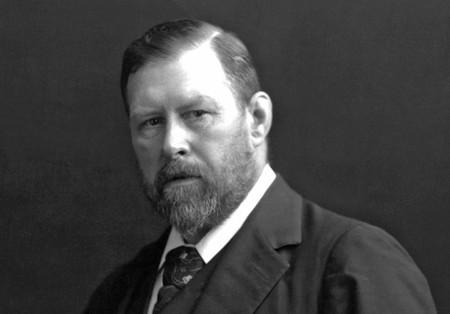 Abraham ‘Bram’ Stoker wrote a total of twelve novels during his lifetime, but he is best known for the 1897 Gothic horror Dracula. Highly praised at the time of publication, it has gone on to become a literary classic and pop culture phenomenon, its shapeshifting protagonist providing the basis for the now-ubiquitous modern vampire character. Keep reading to learn more about the hard-working Dublin author who created Count Dracula.

Born in 1847 in the coastal Dublin suburb of Clontarf, Bram Stoker suffered from a childhood illness that kept him bedridden. Despite not learning to walk until the age of seven, he trained hard to become a multi-award-winning athlete in later life: he played rugby, won prizes for weight-lifting and was even named the ‘Athletic Champion of Dublin’ while studying at Trinity College.

Graduating with a B.A. in Mathematics in 1870, Stoker continued to work in the civil service at Dublin Castle, where he had been employed as a student. But his literary ambitions were already very much present – during these years he wrote a non-fiction reference book for public sector employees called The Duties of Clerks of Petty Sessions in Ireland, and he took up a position as an unpaid theatre critic for the Dublin Evening Mail newspaper.

In 1875, Stoker’s first novel – entitled The Primrose Path – was serialised in the Irish weekly magazine The Shamrock. Drawing from his theatre experience, Stoker based the plot on a theatrical carpenter from Dublin who moves to London with his wife to find a job before succumbing to alcoholism and murdering her. Soon after the novel’s publication, Stoker’s own life took a similar – but thankfully much less dark – turn.

After reviewing a production of actor-manager Henry Irving’s Hamlet at Dublin’s Theatre Royal in 1876, Stoker met with Irving at the Shelbourne Hotel, beginning a life-long friendship. Two years later, after his marriage to Florence Balcombe – who was formerly engaged to Oscar Wilde – Stoker moved to London and began to work at Irving’s Lyceum Theatre in the West End. As well as managing his business for 27 years, Stoker became Irving’s personal assistant, in which capacity he is said to have written about half a million letters. When he and Florence had their first and only son in 1879, they named him Irving Noel Thornley Stoker. 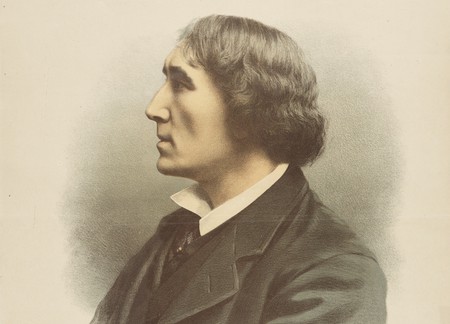 Henry Irving, Stoker's boss, is said to have inspired aspects of the Dracula character | © National Library of Scotland/WikICommons

Stoker continued to write in spite of working long hours for Irving, publishing a collection of children’s fairy stories in 1881, followed by his second novel, The Snake’s Pass, in 1890. He is said to have spent between seven and 10 years researching and writing his masterwork Dracula, which was published seven years after The Snake’s Pass. Documenting the vampire character Count Dracula’s attempt to spread vampirism to England, the epistolary novel consists of fictional diary entries, newspaper clippings and other documents which added to its believability and popularity. Though it wasn’t the first novel about vampirism, it came to define the modern idea of a vampire in the late 20th century, when film adaptations of the novel were released. 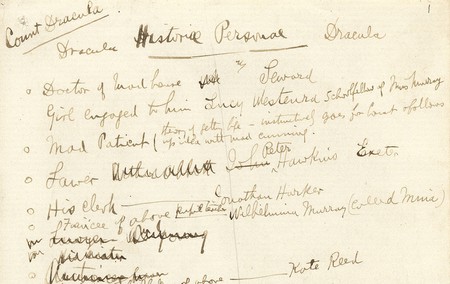 After Irving died in 1905, a heartbroken Stoker wrote a two-volume biography on his friend and idol, which was published in 1906. He also continued writing fiction and managed successful productions at the Prince of Wales Theatre. Bram Stoker died in 1912, aged 64, after a series of strokes. He was rumoured to have died of syphilis, but this has never been confirmed and many suggest instead that he died from overwork. By that time he had published three collections of short stories, five works of non-fiction, 12 novels and a host of uncollected stories in magazines and newspapers, in addition to his successful full-time theatre-managing career. Dublin’s annual Bram Stoker Festival takes place every October in the run up to Halloween, with a programme of events in honour of the prolific writer.