All the Ways to Go off the Grid in Ireland 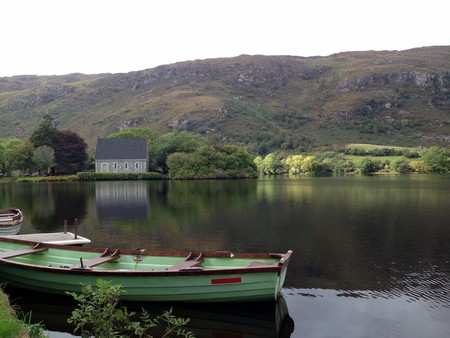 Ireland is a small place, but its also one that’s famously sparsely populated outside of its city hearts. With a combined population in the Republic and Northern Ireland of around 6 million, there are only a handful of places that have any real claim to being a ‘city’, with over 25% of that combined population is concentrated in the capital of the Republic, Dublin.

Sure, you could fit Ireland inside the area of Russia more than 200 times over, and even with our windy roads, it takes less than eight hours to drive the entire length of the country, between the two extremes Mizen Head and Malin Head. Still, you won’t find it hard to get lost in the green expanses and feel like civilisation is far, far away. Here’s how…

Head for the Aran Islands

The Aran Islands are arguably Ireland’s most traditional and unspoiled spot. Made up of three populated, rugged blobs off the coast of Connemara in County Galway, getting there requires a boat trip, and when you arrive you’ll find limited accommodation, throwback villages, and lots of old, old relics.

It’s true that Inishmore (the largest island) has developed both substantial foodie and tourism scenes in recent years, but if you can’t get lost in beautiful rural isolation here, you’d struggle to do it anywhere. Check out the wormhole natural swimming location, which is a spot on the cliff-diving world series, as well as ancient fort Dun Aonghasa, and the local penchant for tracking down edible seaweed. 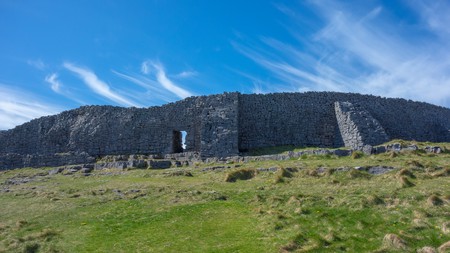 Meditate in an unlikely Buddhist Temple

You wouldn’t probably wouldn’t associate Ireland with Buddhism (the country is traditionally staunchly Catholic), but in Dzogchen Beara, rural Cork has one of the finest Buddhist retreats you’re likely to find. Combining a meditation centre, café and accommodation, the building sits atop a cliff on the Beara peninsula, and features a regular series of events ranging from retreats and workshops to guided meditation. It’s a profoundly peaceful corner in its own right, and a great space to disconnect from the pace of modern life.

Hire a boat on the Shannon

Ireland’s longest river travels south and west from Northern Ireland, through Athlone in the centre of the country, and onwards to Limerick and County Clare before hitting the Atlantic. Much of its length is traversable in a sizeable boat, offering a great alternative way of touring the country. There are a number of companies offering house boat hire for anything from a few hours to a whole month, allowing you to drift around on your floating home through the 380km or so of largely serene countryside – stopping at pubs, quaint villages and thatched cottages along the way, naturally. 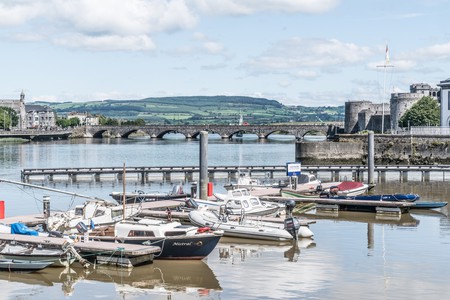 Ireland can be quite a left-leaning, hippie place in certain respects, and Cloughjordan is perhaps the ultimate expression of that. This ecovillage attempts to live sustainably in rural Tipperary, with passionate eco-loving types building their own homes together with the community, farming as a collective, and even hosting theatre and dance evenings. They’re keen to create a learning environment around the village, which claims the lowest eco-footprint of any Irish village in generations. As part of that learning experience, you can shack up in Django’s Hostel, or a number of residents offer Airbnb options. There are also weekend drop-in tours.

Based on that Spanish institution the Camino De Santiago (though some claim it far predates its more celebrated Iberian cousin), the walks of the Irish Camino date back to the times of Saints, and have hefty religious links. They’re very different to the Spanish routes, in that they’re mostly in areas that are sparsely populated and extremely rural, with few places to bed down along the shorter routes, and the sites mostly comprised of ancient community relics and crumbling buildings. The perfect place to spend time on your own, and to see some truly stunning countryside. Read our full lowdown on the five hikes here.

Ireland is absolutely crammed with lakes, particularly in the south and west, so you’ll have no trouble whatsoever finding a quiet spot to launch a canoe or go fishing (keep an eye on licensing regulations). Isolated Lough Hyne, near Skibbereen in County Cork, is one of the most magical options for having a float. A local company has set up a regular night kayaking expedition; a surreal experience in which you float through the expanses of the lake, and – if you’re lucky with the weather – watch your every paddle stroke ripple through a reflected starry skyline, completely free of light pollution. It’s peaceful, and will make you appreciate how magnificent nature is. Wonderful.

Greenways are a common thing in Ireland (we’d encourage you to check out both the Great Western Greenway and the newly opened Waterford Greenway if you’re keen to spend time on a bike), but there’s nothing quite like the concept of a ‘Blueway’. Generally blending hiking, kayaking, diving and snorkelling, the Blueways are carefully curated pieces of coastline and river designed to be explored. Our favourite is the combination of several sights that make up the western location, where you can explore Ireland’s only fjord, check out the crabs, and feel a million miles from the nearest settlement. 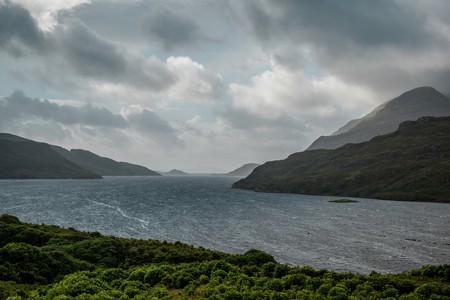 Hire a tiny, isolated cottage and bed down

Ireland’s Airbnb scene is astonishing when you go rural. Its star assets include cottages entirely disconnected from any kind of modern facilities whatsoever, to rural castles, wood cabins and even fully-functioning pubs converted into accommodation. If you want to get some personal space, what better way then to go it alone in your own, self-catering, isolated spot with views of a beautiful corner of the Emerald Isle?

Yeats country is Ireland at its most beautiful; a place that treats its ancient culture with pride, and has countless natural spots to explore. From seaweed baths in Enniscrone, to endless coastline and hikes up the stunning Benbulbin peak overlooking Sligo town, you’ll fall in love with eagle watching, surfing and literary heritage all at the same time. The trad music scene in the town’s pubs is well worth exploring, and the countryside just takes the breath away. Basically, its one of those corners locals love and tourists miss, and no one’s quite sure why. 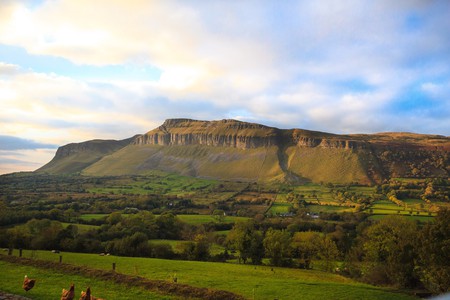