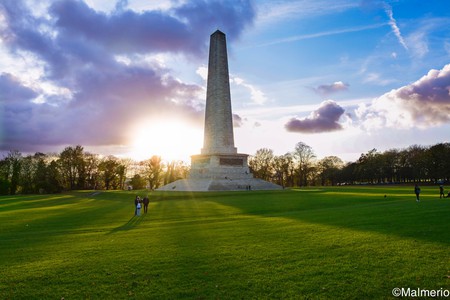 At over 1,750 acres, The Phoenix Park in Dublin is one of Europe’s biggest city parks. More than 350 years old, it is home to Ireland’s main zoo, the Victorian People’s Flower Gardens and the official residence of the President of Ireland. The Irish government has been campaigning since 2011 to have the park designated as a UNESCO World Heritage Site.

History Of The Park

Phoenix Park was established in 1662 by then-Lord Lieutenant of Ireland James Butler, Duke of Ormond as a royal deer hunting park. It was later opened to the public by one of his successors – Philip Stanhope, 4th Earl of Chesterfield – in 1745. Chesterfield also had the Phoenix Monument installed, a Corinthian column topped with a mythological phoenix bird that still stands today. In 1882, two members of the British administration in Ireland were murdered in the park by members of a splinter organisation of the Irish Republican Brotherhood. In 1938, the former residence of the Lord Lieutenant of Ireland on the park grounds became home to the first Irish president, Douglas Hyde, 26 years after the founding of the Irish Free State. 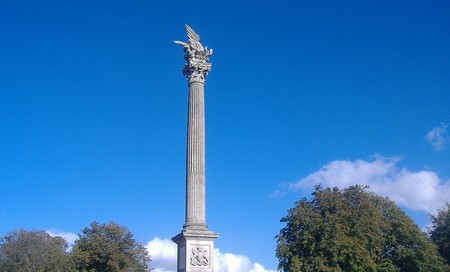 The Phoenix Park is an important area for biodiversity in Dublin. Only seven percent of the park is covered by buildings or roads, with the remaining grass and woodland areas providing more than 20 different habitats for wild flora and fauna to prosper. The Irish name for the park was ‘fionn uisce’ – which translates as ‘clear water’ – most likely referring to the tributaries of the River Liffey that run through the area. About 30 percent is covered by trees, primarily species like oak, ash, beech, horse chestnut and sycamore. It is also home to more than 350 plant species, including three rare and endangered types: the Hairy St John’s Wort, found near Áras an Uachtaráin; Hairy Violet; and Meadow Barley grass. There is also a significant amount of ‘wood pasture’ in the park, an uncommon kind of woodland habitat linked to the presence of a herd of wild fallow deer, descendants of those first introduced for hunting in the 17th century. 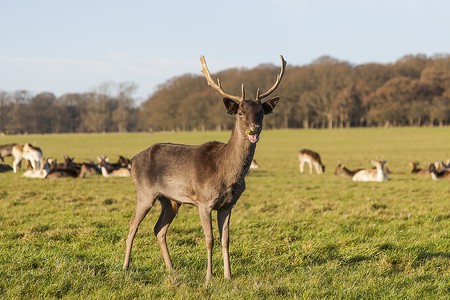 Opened in 1831, Dublin Zoo is the third oldest zoo in the world. It covers 69 of the park’s 1,752 acres and is split into distinct habitats including the Orangutan Forest, the Kaziranga Forest Trail, Sea Lion Cove, African Savanna and the House of Reptiles. Ireland’s largest zoo and most popular family attraction, it houses more than 400 animals of all kinds. 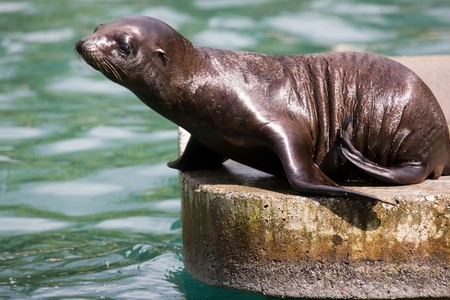 Other Areas Of Interest

Ashtown Castle is the oldest building on the grounds, thought to date back to the 15th century. It was discovered inside the walls of a newer building during demolitions and is now used as part of the Phoenix Park Visitor Centre. The Wellington Monument obelisk was finished in 1861 and stands at 62 metres tall, making it the largest obelisk in Europe. It was intended to mark the military victories of Arthur Wellesley, 1st Duke of Wellington – most notably his defeat of Napoléon at the Battle of Waterloo. The headquarters of the Garda Síochána – the Irish police force – are also located within the Phoenix Park. Before the end of this year, a new train service using the old tunnel underneath the park will come into operation, serving commuters from Kildare, Carlow and the Midlands.

The Wellington Monument, Phoenix Park | © Mateus Almério/Flickr
Give us feedback