Dublin possesses a thriving music scene that reflects a long and proud tradition of musical accomplishment associated with the city. Dublin was the first location where George Frideric Handel’s Messiah was performed in 1742, but it is perhaps better known as the destination for many traditional Irish folk musicians, who brought knowledge and skills honed in rural areas to the city, giving their music a wider platform.

Irish folk music experienced a resurgence in the 1960s thanks mainly to the efforts of the renowned revivalist Seán Ó Riada. The latter half of the 20th century saw an explosion of rock and popular music in the city, with iconic bands such as U2 and Thin Lizzy going on to achieve international fame and fortune. Dublin has long been the centre of Ireland’s vibrant music scene. Here is a selection of six albums that shaped the city’s musical history. 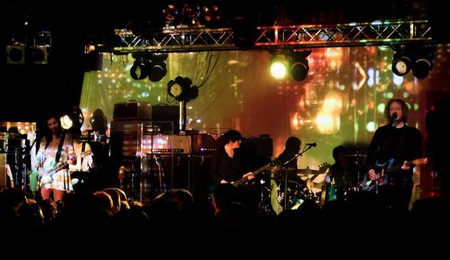 The breakout album from one of Ireland’s most well known hard rock bands, Jailbreak saw front-man and bassist Phil Lynott take things to the next level. The singles ‘Jailbreak’ and ‘The Boys Are Back in Town’ have become staples of classic rock radio stations the world over, and the latter became the band’s biggest hit. Like many Irish bands, Thin Lizzy looked to the United States for inspiration for their sixth album. The underrated ‘Cowboy Song’ extols the virtues of living on a range and roaming free with the buffalo.

Christy Moore is perhaps Ireland’s greatest individual folk musician, and this 1984 album is regarded by many as the pinnacle of his creative output. Most of the songs are political and historical in nature, ranging from ‘Viva la Quinta Brigada‘, a rousing tribute to the Irish men who fought with the International Brigade in the Spanish Civil War, to ‘The City of Chicago’, a ballad that focuses on Irish emigrants to the United States at the time of the Great Famine in the 1840s. Ride On is an excellent introduction to Irish folk music, a genre that defines the city of Dublin.

An Irish band and an album that requires no introductions, U2 have received more Grammy Awards than any other band, and The Joshua Tree is regularly listed as their greatest work to date. Much of the album was recorded at Dublin’s Windmill Lane Studios, which has since become known as the ‘U2 Studio’. A great deal of the album’s lyrical content covers social issues, particularly concerning the United States and its foreign policy during the 1980s. Stand-out songs include ‘I Still Haven’t Found What I’m Looking For’ and ‘Where the Streets Have No Name’.

Legendary Irish shoegaze band My Bloody Valentine’s second album is regarded as their greatest work and among one of the most important records in the history of the genre. Shoegaze, a sub-genre of alternate rock, emphasises guitar effects and vocals that intertwine with them. Vocalist, guitarist and songwriter Kevin Shields is revered for his technique and artistry, even if it is perhaps somewhat inaccessible to a more mainstream audience. Despite difficulties in its production (the album nearly bankrupted Creation records) Loveless was released to huge critical acclaim, and is now considered one of the truly great albums of the 20th century.

Founded in Dublin in 1962, The Chieftans are one of Ireland’s longest surviving traditional folk bands, and have helped raise the popularity of the genre internationally. The Long Black Veil is their best-selling and most widely known release, and features collaborations with major music stars including Mick Jagger, Sting and Van Morrison. The album was recorded in many locations across the world, including Westland Studios in the heart of Dublin’s city centre. The record was a huge transatlantic commercial triumph, going gold in the United States and double-platinum in Ireland. A highlight is the collaboration with The Rolling Stones on ‘The Rocky Road to Dublin’, a 19th century folk song about an Irish man who travels to Liverpool.

One of Ireland’s most underrated indie rock bands, The Frames have been around since 1990 and have released nine albums to date. Burn the Maps, their fifth, was released in 2004 and became their first record to go to number one in the Irish charts, making it their most commercially successful release to date. Burn the Maps is an unpredictable album, filled with moments of tranquillity that are followed by sudden outbursts of noise and fury. While The Frames have established something of a cult following in North America and the rest of Europe, they remain most popular in their native Dublin.