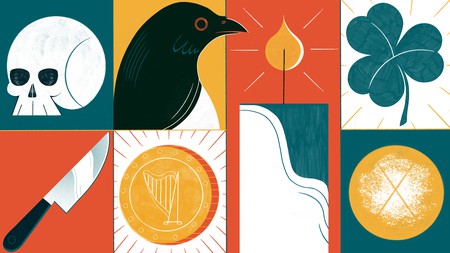 ‘The luck of the Irish’ may be internationally recognised, but when it comes to well-established local superstitions, there are as many bad omens as good – if not more. Old wives’ tales are definitely not believed unilaterally but still enjoy a foothold in the national imagination, so don’t be surprised if your Irish host interrupts themselves to salute a magpie, or seems more pleased than you’d expect to have an itchy hand.

Giving something sharp to a friend can ‘cut’ your friendship

In Ireland and several other countries, giving or passing someone a knife or scissors is said to sever the relationship. Luckily, there is a way around this – by accepting a coin in exchange. So you can still get your friends and family some fancy kitchen knives for Christmas, but be sure they give you 10 or 20 cents in return.

Seeing a single magpie brings sorrow to the passerby

Many Irish superstitions revolved around the pesky crow, who antagonised farmers in myriad ways and so made for a convenient collective enemy. However, a solo magpie can strike fear into the heart of a passerby as no crow can. There is some muddying between the Irish and English versions of magpie folklore, but the general belief is that saluting the magpie (and sometimes telling him or her the time) will stave off the sorrow, and a duo of magpies conversely brings joy. Another bird-related Irish superstition states that anyone who kills a robin will have lifelong bad luck. 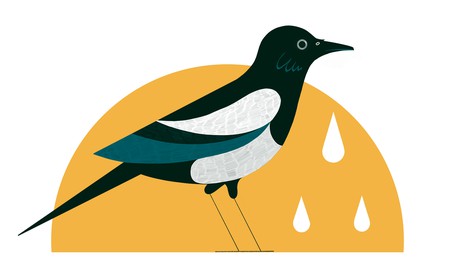 If you find a half-penny, you’ll have good luck

Ha’pennies were taken out of circulation in Ireland in January 1987, and even one and two cent euro coins ceased being physically circulated in the country in 2015. However, it’s still seen as bad luck to leave a coin lying around, so many people ignore any hygiene trade-off to pick up and pocket whatever shiny piece they see on the pavement.

The term ‘fairy fort’ refers to a variety of structure remnants found across Ireland that some people believe to be the home of fairies or ‘small people’. As sweet as the name sounds, fairies were not to be disturbed, and revenge for any upheaval could range from sleepless nights to death, causing many farmers to still report being afraid to disturb a fairy fort on their land. Archaeologists, however, explain the presence of these circular structures or ‘raths’ as the mounds and protective enclosures that family groupings made around their living quarters during the Iron Age to early-Christian periods.

When your nose is itchy, it’s a sign of a fight to come

An itchy nose can be annoying enough as it is, but the belief that it signifies a fight is coming in your near future brings another level of irritation. To nip the conflict in the bud, some believe a light punch and handshake with the suspected combatant will do the trick.

If a candle doesn’t burn in the window throughout Christmas, bad luck will come to the house the following year

Soft lights in the window aren’t just for hygge at Christmas in Ireland. A candle in the window of an Irish home at Christmas traditionally signified that the holy family would be welcomed, and acted as a more general symbol of hospitality. Interrupting the hospitality by letting the light go out on Christmas is still thought to be bad luck to many. 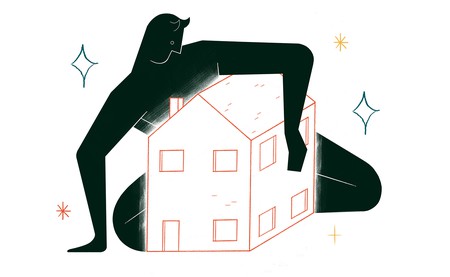 If the palm of your left/right hand is itchy, money is coming to you/leaving you

Another itchy one, but this has both a positive and negative spin. An itchy palm on your left hand means that someone is going to pay you money – although some also believe you need to spit on your hand to bring that to fruition. An itchy right palm means you will have to pay out money soon, and no amount of spit will turn that fortune around.

If you knock over your chair while standing up, you’re in for bad luck

Us clumsy folk should worry about more than just an awkward exit when getting out of our chairs. If you happen to knock over your chair as you get up, it’s said to bring back luck as well as just embarrassment.

If you break a looking glass, you’ll have seven years of bad luck

This one dates back to Roman times. The Romans believed that when you looked into a looking glass, you were actually looking into your soul and, as such, breaking the mirror damaged your soul. There was some respite, however, provided by the counter-belief that our souls regenerate every seven years, so the damage was finite. 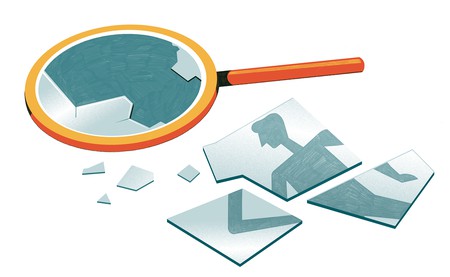 Having a bird poo on you is good luck

This one feels like it might have come about to make unlucky people feel a bit better, but the belief is still that a bird going to the loo on you is a sign of good things to come. This superstition supposedly originated in Russia, and maybe the Irish have just taken to it so strongly as it happens relatively frequently on the Emerald Isle. The belief also extends to a bird pooing on your car.

A cross on the bread lets the devil out

Soda bread was traditionally a staple of many Irish households as it could be cooked easily from basic, cheap ingredients – flour, soured milk, baking soda – in a bastible pot suspended over the home fire with no need for an oven. To this day, the person who is baking scores a cross through the top of the bread before baking – the practical reason is to facilitate more even cooking, but the more spiritual interpretation traditionally was that the cross let the devil out.