10 Irish Fashion Brands You Should Know About 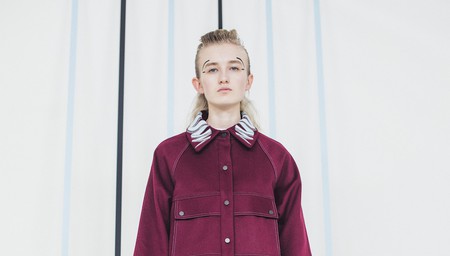 It’s an exciting time for Irish fashion, with more and more of the nation’s up-and-coming designers being commended at home and internationally for their craftsmanship and ingenuity. As Ireland’s design institutions continue to produce some of contemporary fashion’s most promising new talents, make sure to take note of the names of these ten emerging sartorial stars that you’ll be hearing them a lot.

Founded by Grafton Academy of Fashion Design graduate Emma Manley in 2010, Manley has developed into one of Ireland’s foremost contemporary fashion labels. Making her professional debut under pioneering designers in New York and London – including none other than Alexander McQueen – Emma has gone on to establish a young label that is refreshingly distinctive and deservedly self-assured. She describes her aesthetic as possessing an ‘edgy femininity’, combining soft pleats and ruffles with sharp tailoring and modern fabrics.

Dublin-born Danielle Romeril has achieved her goal of building an eclectic womenswear label with a global outlook, drawing inspiration from anywhere and everywhere. Since their arrival in 2013, her fun, striking designs have caught the eyes of many a fashion heavyweight – famous fans include TV presenters Angela Scanlon and Laura Whitmore and fashion blogger Susie Bubble. Collaborating with mills in Ireland, the UK, Italy and Japan, Danielle creates her own fabrics, complementing the unique energy of the brand. 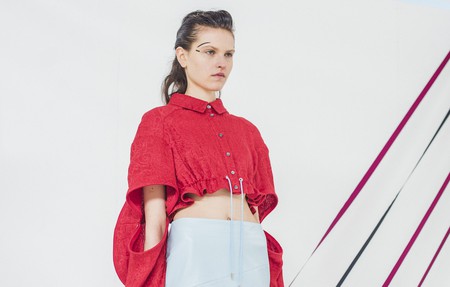 The winner of this year’s Future Maker Award from the Design & Crafts Council of Ireland, architecture graduate Edel Traynor traded in her architect’s scale for scissors in 2013, enrolling in the Grafton Academy of Fashion Design. Learning under Danielle Romeril for over a year as an assistant designer, Edel then launched her own label through the Atelier 27 Young Designers project. Today she works from the Chocolate Factory arts centre in Dublin. Interested in structure and longevity, she designs elegant, pragmatic and minimalist clothing that will never date.

Wrap skirt and double layered cotton top available from @madedublin .. Perfect for the sun we've been promised for the weekend 😆

Petria Lenehan’s beautifully simple clothing is inspired by the natural beauty of the Irish landscape. Paring her designs back to their purest common denominator, she has produced a clean, modern line of high-quality everyday wear that is stunning in its simplicity. Now based in New York, her pieces are still made in a workshop in Dublin, using Donegal tweed, Irish linen, English ventile cotton and Scottish cashmere.

Natalie B. Coleman’s eponymous fashion label is all kinds of innovative. After studying at the Limerick School of Art & Design and London’s Central St. Martins, she worked for designers in New York and Iceland before setting up on her own in 2011. In the intervening years, her delightfully off-centre designs have been shown at all the major fashion weeks, won several awards – among them the Future Maker Award 2012 from Ireland’s Design and Crafts Council – and been featured in Harpers Bazaar, Dutch Vogue and Marie Claire magazines.

Another graduate of the Grafton Academy of Fashion Design, Turkish-born Umit Kutluk founded his brand in 2011, before opening the Merrion Square atelier where he now produces his seasonal, haute couture and wedding collections. His intention is to create ‘a new interpretation of minimal chic’ through the use of hand-cut, finely tailored fabrics and gentle embellishment.

Born in Dublin to a motorsport mogul and a basketball player for Ireland, Zoë Jordan has lived all over the world and worked as a bond trader before moving into fashion. Her clothing brand is infused with all the curiosity and joie de vivre this adrenaline-filled lifestyle has given her and she describes the ‘Zoë Jordan girl’ as embodying subtle sophistication with natural confidence, wit and spirit.

We Are Islanders use luxury fabrics from Ireland and abroad to create sustainable womenswear that cries out to be worn, loved and kept for decades. As well as producing ethically made, premium quality fashion, their goal is to explore cultural narratives and connection to their surroundings through their work, often summoning suggestions of open horizons and moving landscapes.

It's all in the detail …. A/w16 #flock. Silk tie shoulder detail on our full length jumpsuit now @madedublin

Avant-garde designer Sorcha O’Raghallaigh’s heavily embellished designs have been worn by people like Lady Gaga and Canadian musician Grimes. Looking more like museum pieces than attire, she primarily works on bespoke commissions, and her creations have graced the pages of Vogue, Harpers Bazaar and Elle. She recently expanded into a limited edition collection of jewellery that was featured in London’s Stylist magazine.

Recently deemed a ‘rule-breaker’ by Vogue US, Richard Malone from Wexford graduated from Central Saint Martins College of Art and Design in London in 2014 and won the prestigious Moët Hennessy Louis Vuitton SE (LVMH) Grand Prix Scholarship. In 2015, he was named by the BBC as one of the best young artists working in the UK.