10 Important Songs About The Troubles 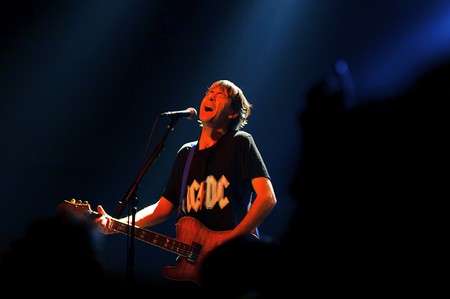 The prolonged, violent ethno-nationalist conflict in Northern Ireland known as the Troubles was a dark period in Irish history – one which profoundly affected both national and international consciousness, inspiring a host of films, artworks and songs. Here are ten pieces of music about that time that you should know.

On his 1972 album, Some Time in New York City, master singer-songwriter John Lennon recorded a song about the ‘Bloody Sunday’ incident – the shooting of 26 unarmed civilians by British soldiers during a peaceful protest in Derry – that had taken place earlier that year. Lennon’s father was of Irish descent, and it has been claimed that the unprovoked shootings affected him so strongly that he even offered to sing at a republican fundraising concert.

Another Beatle that was quick to weigh in on the ‘Bloody Sunday’ massacre was Paul McCartney, who co-wrote the song ‘Give Ireland Back to the Irish’ with his wife of the time, Linda. Released as their debut single as part of the group Wings, the song was promptly banned by the BBC, Radio Luxembourg and the Independent Television Authority.

‘The Town I Loved So Well’ was written by Irish musician, songwriter and record producer Phil Coulter, about growing up in Derry and later seeing it become engulfed in the violence of the Troubles. The city is widely considered as having been the point of origin of the conflict with the Battle of the Bogside in 1969 and was also the site of the ‘Bloody Sunday’ shootings. The song was released in 1973 on The Dubliners album Plain and Simple.

‘Only Her Rivers Run Free’ by Mickey MacConnell (1973)

Mickey MacConnell, a songwriter from County Fermanagh, wrote many songs about the Troubles, showing empathy and compassion for those on both sides who lost their lives or their loved ones. The first song he released, ‘Only Her Rivers Run Free’, a sorrowful anthem about the Irish quest for independence, has since been recorded by people like Christy Moore and the Wolfe Tones.

Belfast punk band Stiff Little Fingers formed in 1977, a year that saw 110 deaths related to the Troubles. Their song ‘Wasted Life’, the B-side on their 1978 single ‘Suspect Device’, talks about what they describe as their unwillingness to waste their lives fighting.

Speaking to Revolver magazine in 2000, Sting said that he wrote ‘Invisible Sun’ while living in Ireland during the Belfast hunger strikes in which ten prisoners – including Bobby Sands – starved themselves to death. Using the image of an invisible sun, it was meant as a message of hope to the Irish people, and other war-torn communities.

County Tyrone native Paul Brady used his song ‘The Island’ to draw some comparisons between the Troubles and the civil war in Lebanon that began in 1975. A pacifistic song highlighting the tragedy of the cycles of violence that Ireland had been experiencing for centuries, it contrasts the peaceful image of a couple making love on an island with acts of terrorism and war.

First released on the band’s 1989 Ballad of the Streets EP, Simple Minds’ song ‘Belfast Child’ is set to the melody of the traditional Irish folk song ‘She Moved Through the Fair’. However, its lyrics are about the Remembrance Day Enniskillen bombing by the Provisional Irish Republican Army in 1987,which killed 11 people and injured more than 60.

The 90s rock group The Cranberries released ‘Zombie’ in 1994, four years before the Good Friday Agreement, an essential part of the Northern Ireland peace process, was reached. A protest song, it was written by lead singer Dolores O’Riordan in response to another IRA bombing in Warrington, Cheshire in 1993, which killed two children.

Irish folk singer Mary Black’s ‘Song for Ireland’ celebrates the beauty of her home country, at the same time as dreaming wishfully of living in ‘a land where no man had to fight.’