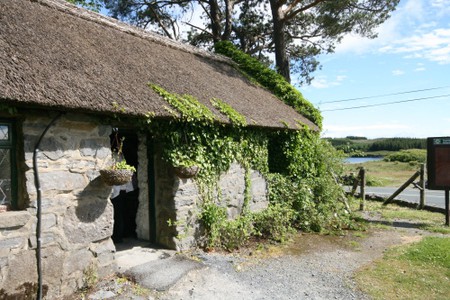 Christy Brown, the tenth of a poor Dublin couple’s 22 children, was born with cerebral palsy in 1932. Controlling the toes of his left foot, he learned to type and use a paint brush, and he became a serious and respected writer and artist. Daniel Day-Lewis’ warts-and-all portrayal of Brown in Jim Sheridan’s film is an extraordinary feat of acting. It won him the first of the three Best Actor Oscars he has won so far. Brenda Fricker won the Best Supporting Actress Oscar for her performance as Bridget Fagan Brown, Christy’s mother.

Adapted from the play of the same name, but with significant changes, Jim Sheridan’s The Field is one of the most beloved Irish films of the 1990s. Inspired by a real murder case, it makes powerful dramatic use of images of Aasleigh and Leenane in County Galway and the valleys of rugged Connemara. Richard Harris received an Academy Award nomination for his portrayal of the acerbic Bull McCabe.

Adapted from a Roddy Doyle novel, The Commitments charts the creation, progress and demise of a Dublin soul group. Directed by Alan Parker, it unfolds in the working-class area of north inner city Dublin. It was partly shot in the since demolished Ballymun tower blocks, famous for their community spirit. The film received a number of BAFTA awards, as well as a Golden Globe nomination for Best Musical or Comedy and an Oscar nomination for Best Editing.

Filmed in Dublin and Wicklow, Inside I’m Dancing (also known as Rory O’Shea Was Here) tells the touching story of two wheelchair-bound men who help each other overcome the limits imposed on their lives. Director Damien O’Donnell’s film raises many issues regarding disabilities and the attitude of Irish society toward them. Although the ending is sombre, the film exudes a sense of optimism. James McAvoy and Steven Robertson played the two men and Romola Garai their caregiver.

Ken Loach gripping war film The Wind That Shakes tells the story of two West Cork brothers who fight together in an IRA brigade during the 1919-21 Irish War of Independence only to find themselves on opposite sides during the 1922-23 Irish Civil War. Cillian Murphy and Pádraic Delaney play the brothers and Liam Cunningham is a Republican train driver who shares the Murphy character’s socialist views. The Wind that Shakes the Barley, which on the Palme d’Or at Cannes, is the veteran director’s biggest box-office hit. 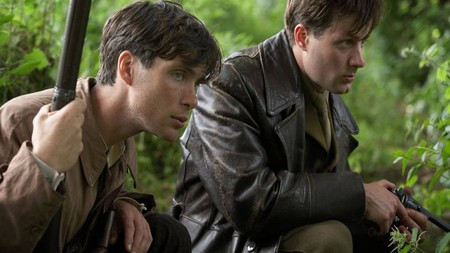 Cillian Murphy (l.) and Pádraic Delaney in ‘The Wind That Shakes the Barley | © Icon Distributors

Directed by John Carney, Once is a charmingly understated musical romance story set on the bustling streets of Dublin. The story of a friendship between an Irish busker (Glen Hansard) and a Czech flower-seller (Markéta Irglová) who is herself a musician, it reflects on Ireland’s relationship with Eastern Europe. Made for only €130,000 (US$160,000), Once was honored with the Oscar for Best Song (co-written by Irglová). The architecture of Georgian Dublin features strongly throughout.

Filmmaker Steve McQueen’s breakthrough film depicts the 1980-81 hunger strike of Irish Republican detainees in one of the squalid H-Blocks in Maze Prison, south-west of Belfast. Michael Fassbender excels as Bobby Sands, the most famous of the hunger strikers. Shot in a long continuous take, his conversation with the priest who questions the morality of Sands’ actions is the film’s extraordinary centerpiece; the priest was played by The Wind That Shakes the Barley‘s Liam Cunningham. Among the awards Hunger won was the Cannes Camera d’Or. It is a powerful and provocative work that encapsulates Ireland’s troubled history.

This Oscar-nominated animated film gives a fictionalised account of the creation of the treasured illuminated manuscript in Irish monasteries between the 6th and 9th centuries. The intricate designs and colouration of the manuscript are mirrored by the style of the film, which embodies the spirals and contours of the designs in faces and landscapes. The whole is a celebration of Irish mythology and heritage that’s accessible to young and old viewers. 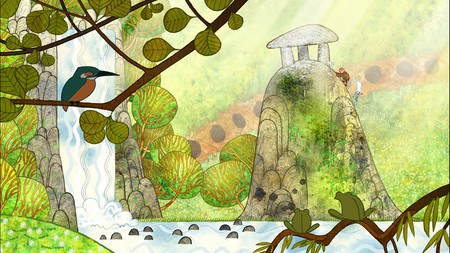 Cork documentarist Pat Collins follows the journey of a Berlin-based sound recordist who returns home to Ireland for the first time in years with a mission to capture landscapes unpolluted by man-made sounds. The magnificent cinematography shows the countryside in its raw and wild state. Silence not only reveals the attraction of Ireland as a rural retreat but as a repository of memories both historical and personal.