The 10 Most Beautiful Towns In Hungary

From ancient hilltop fortresses trodden by Habsburg emperors to religious centres graced by saints and stupefying art, Hungary is much more than just its bubbling, brilliant capital at Budapest. Take a look at the 10 most breathtaking towns in this country. 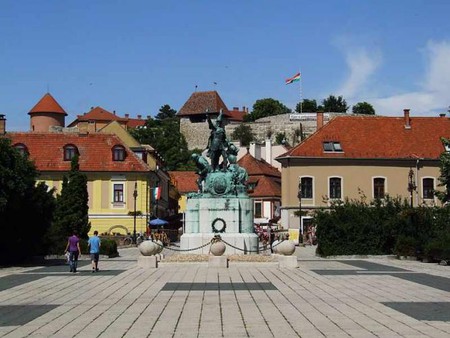 A fantastic fusion of the Ottoman and the Magyar, Eger sits between the rising foothills of the forest-clad mountains of Bükk, just a short jaunt from where the rolling vineyards of the Tokaj wine region dominate the valleys. The town was first raised in the 10th century by the Hungarian king Saint Stephen, and has since been augmented and ravaged by the likes of Turkic invaders, Mongol hordes and Habsburg imperialists to name just a few. Consequently, the centre is a veritable palimpsest of history, where baroque frontispieces stand watch over worn cobblestone streets and the outlines of mysterious minarets linger next to the bulwarks of Eger Castle, crumbling, cracked and spotted with the lichen of centuries.

Home to some of the finest examples of original Hungarian Secessionism, Kecskemét’s beauty comes courtesy of the great Magyar luminary of Art Nouveau, Géza Márkus. In the heart of the town, leafy Szabadság square conceals the beautiful Ornamental Palace, decorated in glorious frescos of Roma colours, and the enchanting Old Synagogue besides, where curious Mudéjar crenulations top the walls. Away from the centre, Kecskemét city gives way to the dusty undulations of the Great Plain, where sweeping vistas of grassland are punctuated by lines of blooming vineyards and apricot farms, the source of that tantalisingly sweet barackpálinka tipple!

A clustering of red-tiled roofs that pokes its way out into the waters of Balaton, Tihany is arguably the most enchanting of west-central Hungary’s more off-the-beaten-track towns. It’s famed for both its fantastic location on the edge of the therapeutic waters of middle Europe’s largest lake, and its charming, 1000-year-old Benedictine monastery, still shrouded in stories of political power struggles involvin the Habsburgs and decorated with motifs by the revered German-Magyar painter, Károly Lotz. Tihany also boasts rustic thatched homes, aromatic paprika markets and some brilliant stretches of sand. 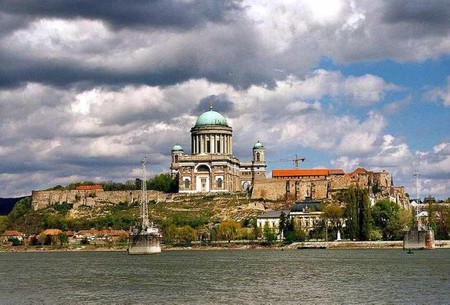 Crowned by the eye-wateringly wonderful frontispieces of its eponymous basilica (the largest church in the country), Esztergom rises from the bluffs that cluster around the edges of the Danube as the river moves eastwards in line with the Slovak border. For centuries the city has figured as the epicentre of Roman Catholicism in Hungary, giving rise to opulent architecture and displays of ecclesiastical art. For the best broadside views going, be sure to head across the water to the Slovakian town of Štúrovo, where the great Castle Hill complex can be seen cascading down to the tight-knit streets of Watertown district in medley of baroque and neo-classical grandeur.

Sat right on the edge of the Southern Great Plains, on the cusp of the border between Hungary and Serbia, bustling, larger-than-life Szeged rarely fails to enthrall travellers who happen to pass its way. As the fourth largest city in the country overall it’s certainly no bucolic getaway, especially considering the injection of vitality that comes with the prestigious University of Szeged and its youthful students. What’s more, a flood here in 1879 drew the attention of no lesser a visionary than Emperor Franz Joseph, who promised to reinvigorate the centre with leafy walkways, palatial constructions and a healthy dose of Habsburg grandeur, much of which can now be spied out threading its way around Dóm Square.

Although humble little Vác, sat north of Budapest between the rising foothills of the Carpathian ranges, remains a rare addition to any tourist itinerary in Hungary, it’s certainly got more than its fair share of worthy sights. On its central March 15 Square, just two streets away from the winding waterways of the River Danube, history oozes from every crack and crevice, from the ice-cream-coloured baroque mansions built by the passing Habsburgs, from the ancient remnants of Roman homes that lie in the middle and from the charming facades of the Dominican Church. Then there’s that unforgettable Cathedral building, looking lifted straight from the Aventine Hill in Rome.

There’s only really one reason travellers passing through this periphery of Budapest would stop to smell the roses, and it comes in the form of the opulent Royal Palace of Gödöllő. The one time home of Emperor Franz Joseph himself, it’s arguably one of the most exquisite remnants of Austrian influence in all of old Magyar. Decorated to the hilt with Baroque curls and filigrees like icing on an impossibly elaborate wedding cake. If you can linger a while to explore some of the other sites here, then do. Erzsébet Park throws out verdant avenues of hornbeam trees and beeches, and the Capuchin church boasts one gorgeous place amidst the woods in Máriabesnyő. 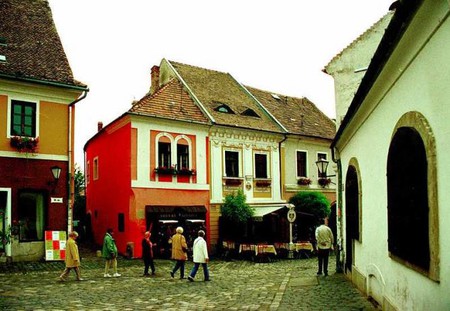 Just a stone’s throw from the bustling inner districts of Budapest, boho Szentendre bursts at the charming cobbled seams with more art galleries and independent craft shops than you can shake a bubbling bowl of paprika-infused goulash at. Its centre, a maze of stone-clad streets and shady alleyways illuminated by boughs of fairy lights and café candles, finds its focus on Fő tér, a charming square of low-rise houses and al fresco cafes that can be found awash with artsy types fresh from the contemporary galleries right throughout the summer.

The historic bulwark of the great Danube Bend is all about the drama. Draped impossibly over the verdant river banks, this masterwork of medieval fortification was the brainchild of King Béla IV, who determined to keep out the Mongol Hordes in the aftermath of a tumultuous 12th century for Hungary. In subsequent centuries extra keeps and palaces and sprawling sets of palisades were added by the likes of Matthias Corvinus and Sigismund of Luxemburg, while an exquisite royal palace complex sits below, awash with Renaissance, Franciscan and Gothic styles. 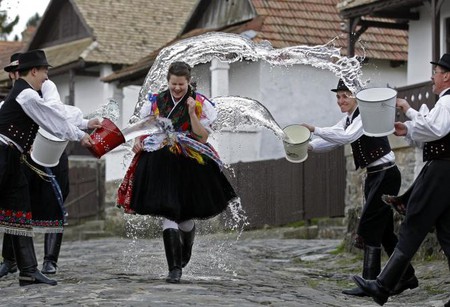 Rustic little Hollókő has held a coveted UNESCO World Heritage title since 1987. It was crowned for its enchanting wealth of brick and whitewashed homes, all half-timbered, clad in rough-hewn masonry and dressed in a lush covering of traditional hanging baskets, doing well to reflect the original styles of pre-industrial settlement building in this section of Central Europe. What’s more, the surrounding ridges of the Cserhát Mountains make for one truly breath-taking setting, while the lonely, melancholic tower of the shingled church is just asking to be photographed.