5 Reasons To Love Budapest, According to People Who Live There 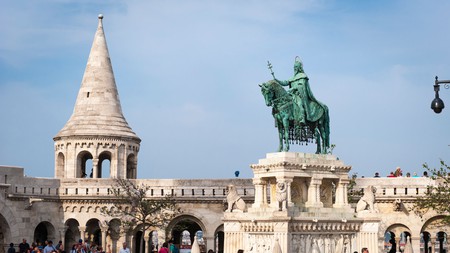 Discover Budapest beyond its thermal baths and iconic Neo-Gothic parliament building: get the inside scoop on the Hungarian capital from five Budapest residents, whether you’re looking for street art, innovative cuisine or the hottest trends in local design.

In Budapest, your attention is caught by intriguing details at almost every turn; you find yourself unknowingly heading towards colourful street art or an opulent Neo-Classical façade, and drawn into grand cafés by the aroma of freshly brewed coffee and the sight of elaborate cakes. It may take weeks, years or even a lifetime to fully explore Budapest’s multi-faceted personality, but a little local insight is a great place to start. Here are five reasons to love Budapest that you might not have considered, according to people who live there. 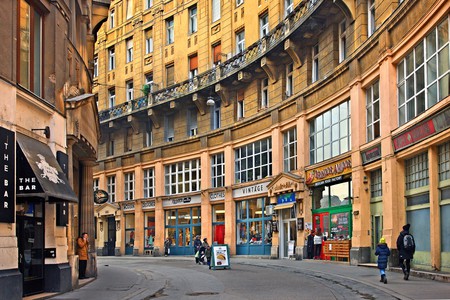 “We have one of the best music scenes in Europe,” says Gabor B Bihari, founder of Open Mic Budapest.

According to Bihari, Budapest should be high on the travel bucket list of any music lover. “The Jewish District of Budapest, besides being a notorious party district, also happens to be home to one of the best music scenes in Europe,” he explains. Bihari traces the scene’s vibrance back to the ruin bars for which the Hungarian capital has become famous: “Budapest’s ruin bars were supposed to open for just one season – that was 15 years ago. In the same vein, open mic events started off happening just once a month five years ago. Now they’re happening virtually every day of the week with the support of creative musicians and the community.” For visitors taking their first steps onto Budapest’s music scene, Bihari recommends Szimpla Kert – the city’s most iconic ruin bar. “Although locals at times complain that it’s become too touristy and untrue to its underground roots, in reality it is at the forefront of giving back to the local community, artists included,” says Bihari. 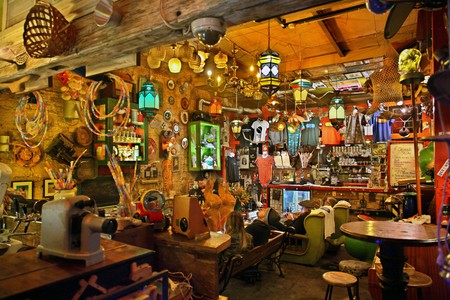 “In District VIII, you can walk through centuries of architectural history,” says architect András Weiszkopf.

History enthusiasts will be richly rewarded if they venture just outside the city centre, on the Pest side of the river: “If you’re interested in a walk through the epochs of Budapest’s architecture all crammed into a tight space, I highly suggest a visit to Leonardo da Vinci köz and the surrounding District VIII,” Weiszkopf explains. Here you will find “charming classical European streets” cheek by jowl with Brutalist blocks of flats from the 1970s, and an eclectic mix of structures dating from the 1990s, following the collapse of Communism in Hungary. Visitors to District VIII can also experience a more local ruin bar experience at venues such as Bujdosó Kert, away from the crowds of the Szimpla Kert and Anker’t. 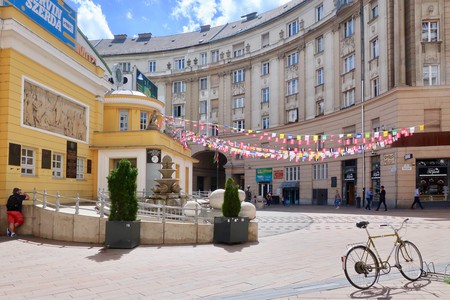 Miss KK was first drawn to Madách Imre Square by its “unique vibe”; despite its central location, the square – “situated cosily in between high buildings” – is an oasis of calm in the midst of the bustling city. Visitors to the square should stop for pizza at Pizzo, says Miss KK, adding that a drink on the terrace at nearby bar and local creative hangout spot Telep is a must. “I love their terrace because it makes me forget that weekdays even exist,” she says. If you’re into vintage shops, she recommends checking out Judas, Ludovika and Retrock.

“Some parts of Budapest feel more like a village,” says Dea, designer at Touch Me Not Clothing.

Dea suggests a visit to Tabán – an upscale district of Buda where “people know each other, and they always make sure to stop for a chat at the local café.” Here, everything is within walking distance: “A confectionary, a flea market… you name it.” In addition to exploring the historic public baths and Baroque villas for which the neighbourhood is known, head here to enjoy a friendlier side to the city, “close to the Danube but far enough from the crowds,” as well as to discover the best of local design at Prezent – “a tiny local shop set on a quaint black cobblestone street that focuses on sustainable Hungarian design.” 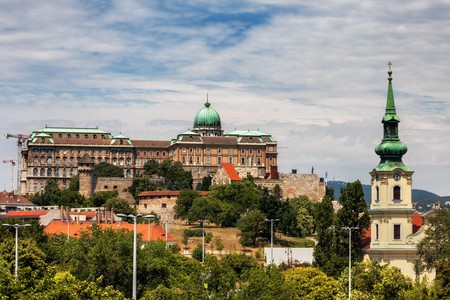 “In Budapest, happiness is not a destination, it’s a way of life,” says local restaurateur Hubert Hlatky-Schlichter.

For Hlatky-Schlichter, what makes Budapest’s best foodie hotspots is a “laid-back ambience; a menu of delicious, classic Hungarian dishes; and sustainability.” He says that his aim as a restaurateur is to make the city happy, one neighbourhood at a time – a goal that stands at the centre of the growth of his renowned trendy restaurant and cocktail bar KIOSK. “After six years of KIOSK on the Pest side of the river, it was time to make Buda happy,” he explains. Situated by the iconic Chain Bridge, with a breathtaking view of the River Danube, KIOSK Buda embodies what Hlatky-Schlichter loves about Budapest. 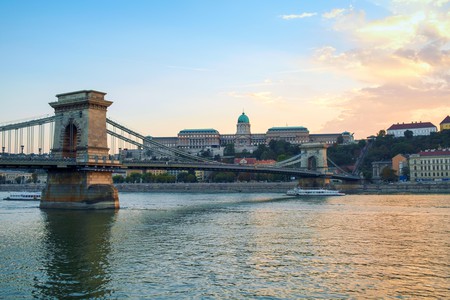