How To Spend 48 Hours in Budapest

Hungary’s dynamic capital, Budapest, is famed for its Art Nouveau and Baroque architecture, storied history and vibrant nightlife scene. Spending 48 hours in Budapest is just enough time to get a taste of everything the city has to offer. 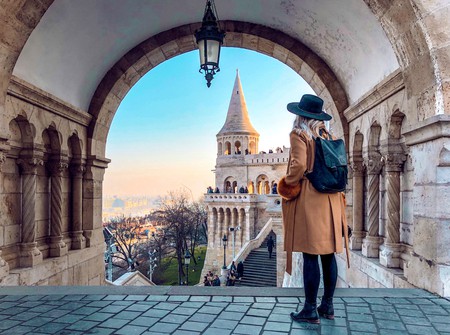 Dripping with fin-de-siècle elegance and with the majestic River Danube as its centrepiece, Budapest has become one of Europe’s liveliest and most popular city break destinations. This itinerary for the Hungarian capital takes in Europe’s largest synagogue, Soviet monuments, Budapest’s renowned ruin bars and, of course, goulash. 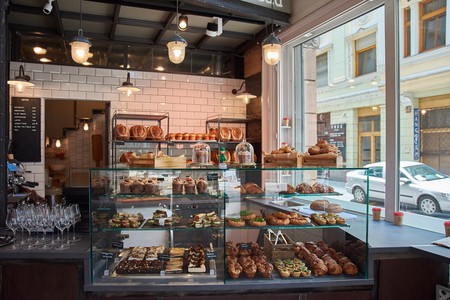 Not all of Budapest’s best breakfast spots are Hungarian – this one is unashamedly Irish. Arán Bakery is tucked away on Wesselényi utca, a haven of calm in the city’s irrepressible Jewish Quarter. Named for the Gaelic word for bread, Arán pairs Parisian patisserie skill with Irish robustness and comfort. The portions are big, the pastry is crisp and the sourdough – called ‘paddy’, appropriately enough – is crusty enough to withstand anything you care to dip it in. Stop by for a gooey croque-monsieur, a sharp sauerkraut bear claw or – if you are feeling extravagant – a thick slice of Basque cheesecake. 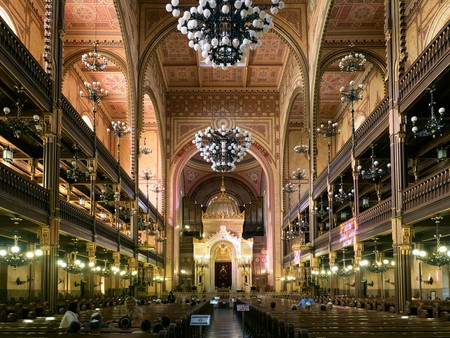 Here in the Jewish Quarter stands Europe’s largest synagogue, and one of the world’s grandest and most storied: Dohány Street Synagogue. Built in a distinctive Neo-Moorish style, the synagogue has withstood air attacks, sieges and pogroms, played host to resistance radio stations and held Hungary’s Jewish community together for over a century. Dohány Street Synagogue is of particular importance to the global Jewish community, built as it is next to the first home of Theodor Herzl – the spiritual father of modern Israel. No trip to Budapest is complete without a visit. 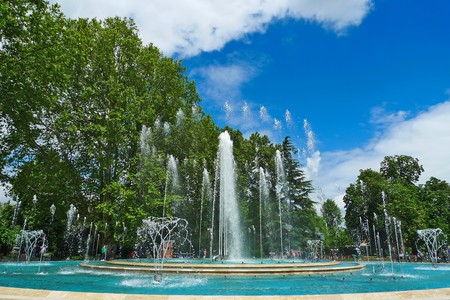 Next, take a trip out to Margaret Island, Budapest’s quaint island paradise on the Danube, caught between the city’s two main districts of Buda and Pest. Accessible by a short bus over the Margaret Bridge, the island is a favourite leafy getaway spot for Budapestians hoping to escape the rush of the city. To its north, there’s the breathtaking Japanese garden, while to the south lies the kitschy yet endlessly popular musical fountain. The island’s octagonal water tower, built in Art Nouveau style, offers unparalleled views – climb it and look back on to the mainland for a thorough appreciation of the city’s architectural marvels. 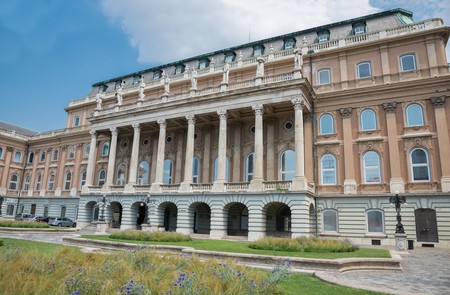 Cross the Danube to Buda and get your art fix at the Hungarian National Gallery (HNG), a space that celebrates the rich artistic heritage of Budapest and Hungary, as well as international artists. After the merging of the original gallery with the Museum of Fine Arts, the HNG not only has the gigantic setting of Buda Castle as its home, but also the old museum site on Heroes’ Square and a third space that is being built in City Park. As a result, the castle – which formerly housed and championed only Hungarian art – now displays the works of Dalí, Cézanne and Magritte as proudly as it does the works of Hungarian artists such as Mihály Munkácsy and Pál Szinyei Merse. 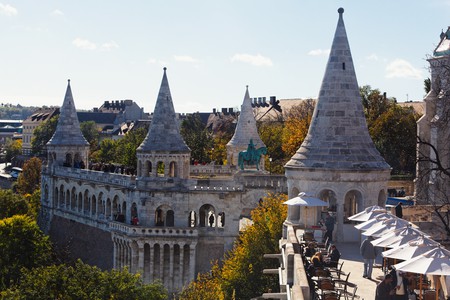 To combine a spectacular dinner with panoramic views, head to Fisherman’s Bastion, where the food is ambitious and delicious – sophisticated takes on rugged Hungarian classics, like guinea fowl with peppers and spaetzle pasta, or a beef cheek goulash. Despite all of that, you don’t come to Fisherman’s Bastion just for the food. You come for the experience of being seated atop a castle as the sun sets, perched high up in the rocky Buda hills in the midst of the eponymous Fisherman’s Bastion monument – a grand terrace with ornate stone turrets, balconies, spires and statues in Neo-Gothic and Neo-Romanesque style. From here, you can look over the Danube, watching hundreds of birds swirling around the roof of St Stephen’s Basilica. 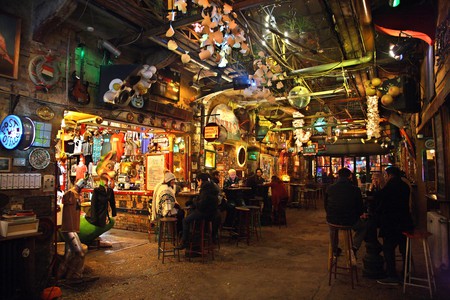 Head back into the Jewish Quarter and spend your night working through the city’s iconic, anarchic ruin bars. Szimpla Kert is the original and most defining of them all; its shabby-chic, industrial vibe set the benchmark back in 2001 of what a cool, alternative bar should be, and by now that is the norm, not just in Budapest, but everywhere. Füge Udvar is rougher, readier and punkier than its contemporaries, open into the small hours and always with a lively crowd. In the day, it does stone-baked pizzas and football; in the evening, however, it’s all about reasonably priced beer and parties until sunrise. 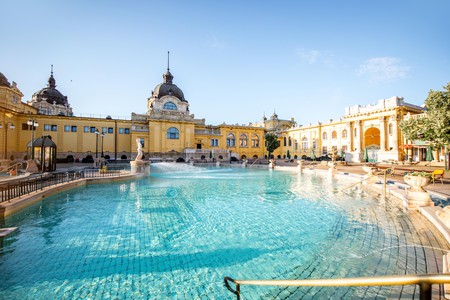 After an action-packed first day, you’ll probably be in need of some R & R. Fortunately, Budapest trades in relaxation better than almost any city in Europe, with a spa culture that has held strong for centuries. The Széchenyi Baths are the most famous and arguably the most picturesque, with their Neo-Baroque and Neo-Renaissance architecture and balmy waters that have soothed the souls (and the heads) of many a hungover Hungarian. Take a trip or two around the whirlpools, and if you’re up to it, pitch up for a game of chess at one of the famous chessboards dotted at the fringes of the baths. Treat yourself to a sugary Sekler cake from the Édes Mackó pastry shop on the way out – these crunchy strips of baked dough have remarkable curative powers. 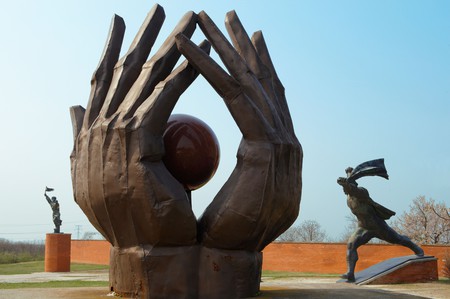 Now saunter to the city’s southern suburbs and explore one of the world’s most intriguing open-air museums: Memento Park, home to many of Budapest’s Communist curios. Opened two years after the last Soviet soldiers left Budapest, Memento Park is an odd litany of Stalin statues, triumphant friezes and etchings of János Kádár, Hungary’s stern and steadfast ex-general secretary. Alongside the fallen monuments, there are efforts to educate the general public about life under Communist rule, with a parade of old Trabants, spy equipment and clips of Mao Zedong. You can even watch the training video that was shown to Hungary’s secret police force, should you be looking to take some surveillance skills home with you. 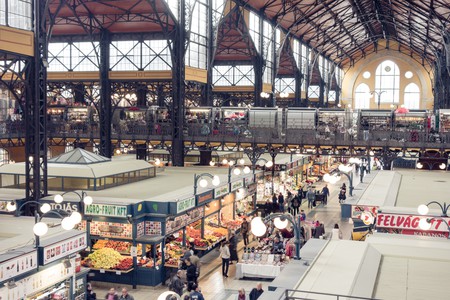 For lunch, explore the splendour and sheer variety of the Central Market Hall, which has been Budapest’s gastronomic heart for over a century. Once you’ve taken in the astonishing scale and design of the hall – you can see how Wes Anderson became so captivated – head to its top floor for a restorative bowl of goulash, or that most decadent Hungarian street food, the lángos (a disc of fried bread, traditionally covered with a generous helping of sour cream and cheese). Alternatively, if you have designs to cook up your own lunch feast, the feted ground floor has the best fresh produce that Hungary has to offer – bright peppers, rugged boules of sourdough and sticks of smoky kielbasa as long as your arm. Go hunting among the stalls, and buy yourself a bottle of local Bull’s Blood red wine to toast your haul. 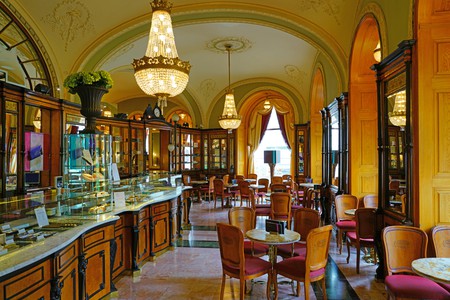 Should you be after something a little sweeter, walk down Váci utca – the famous shopping street of which the Market is the head – to Café Gerbeaud, one of the world’s most renowned patisseries. A relic from the end of the Habsburg era, Café Gerbeaud could have been scooped up from Paris or Vienna and dropped into the city, but it has been a fixture of Budapest life for nearly 150 years, bringing with it untold acclaim. Inside, it is opulent in the extreme – so rococo as to be an assault on the senses – and its cakes are no less decadent. Order a coffee and a slice of Esterházy torte – almond meringue layered with buttercream spiced with cognac or vanilla – and you’ll discover why this coffeehouse has the reputation it does.

Spend your final night back in the Jewish Quarter, and sit down at Il Terzo Cerchio for the best pasta and pizza that the city has to offer. Perched on the corner of Dohány utca, Il Terzo Cerchio is homely and rustic – a proper trattoria befitting Florence or Rome, with a roaring wood fire and a fleet of chefs rolling out pasta to order. 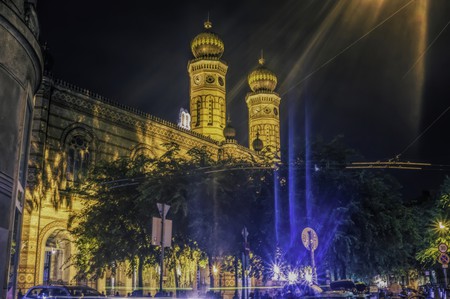 You have time for one last drink, to reflect on a couple of days well spent in a city that never ceases to charm. Look no further than Doblo Wine Bar, a truly romantic little bolthole where you can settle into a couch and enjoy a bottle of red while a jazz band plays in the background.