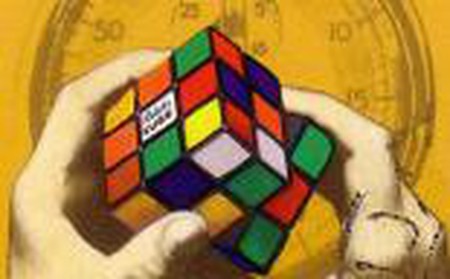 How did the Ernő Rubik’s humble cube go from being a Hungarian geometry puzzle to becoming one of the most popular cultural phenomena in the world, instantly recognisable across the globe? 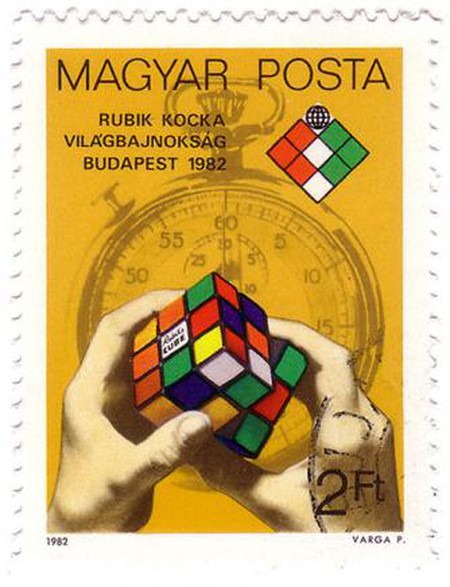 A beautiful example of stripped back design, the nondescript little cube boasts of an elegantly simple interior mechanism that generates a stunning 43,252,003,274,489,856,000 (that’s 43 quintillion) possible positions. Such is the cultural force of Erno Rubik’s little multicoloured cube that it is now part of the permanent collection at the Museum of Modern Art in New York as well as one of the most recognisable and popular games in the world.

Ernő Rubik, the father of the eponymous Rubik’s Cube, was a Hungarian architect from Budapest who came up with the idea for the cube in 1974. Rubik’s cube emerged from his investigation into a structural problem as he sought to join together the little cubes of wood without their collapsing on each other. Once he had solved the structural problem of keeping the 26 cubes together, Rubik stuck coloured paper on each face of the cube and started to shift the blocks. After a month’s work twisting and turning the cube in order to solve the problem at hand, Rubik finally realigned all of the colored faces of his cube. This, of course, would give rise to the global Rubik’s Cube sensation.

The elegant solution discovered by Rubik would burst out of the then Soviet-dominated Eastern bloc to take the world by storm. With production on the first commercial cubes beginning in 1977, three years after Rubik first invented the puzzle, in 1980, the cube underwent a name change from Magic Cube as it was known in Hungary to the Rubik’s Cube after its inventor.

Since then the Rubik’s Cube has become a global cultural icon as people across cultures twisted away at the little hand-held cube. The first international world championship was held in Budapest in 1982; alternative competitions of increasing levels of difficulty have emerged including solving the cube blindfolded, with one hand, in blindfolded teams, fewest moves and more. So far, the fastest time for solving a 3x3x3 Rubik’s Cube is an astounding 5.55 seconds, set in March 2013.

In addition, the Rubik’s Cube has traversed the boundaries between gaming, art and design. Not only is the cube on display at the Museum of Modern Art in New York, America’s – and the world’s – preeminent modern art gallery, but it has even become an artistic medium for some. Artists like Pete Fecteau have used the multicoloured cubes to create pixelated mosaics of art on a monumental scale, covering entire walls with meticulously arranged Rubik’s Cubes.

2014 marks the 40th anniversary of the Rubik’s Cube, and celebratory events are underway. The Liberty Science Center in New Jersey is working in conjunction with the Hungarian Government and Google Creative Lab to showcase the cube’s cultural influence through a highly interactive exhibition entitled Beyond Rubik’s Cube.