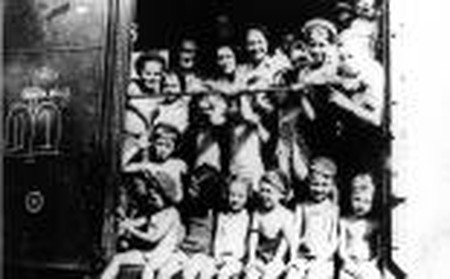 Rezso Kasztner was arguably the Hungarian version of Oskar Schindler, a wealthy philanthropist who saved thousands of Jewish people from the horrors of the Holocaust through his wealth. However his life, and his death in Israel, is shrouded in controversy and doubt. 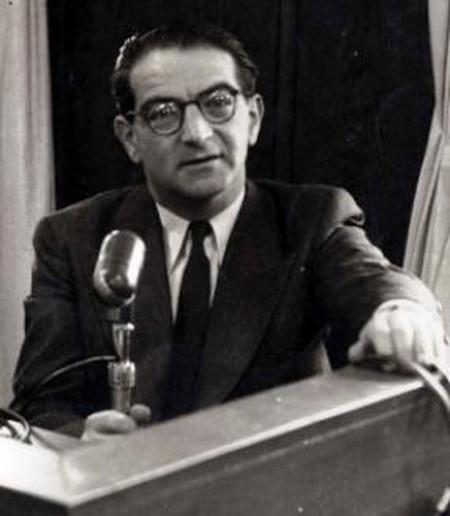 In 1944, Hungary witnessed the deportation of its Jewish people on an unprecedented scale: more than 400,000 men, women and children were sent to Auschwitz within two months. At the time, 38 year old Jewish journalist, Rezso Kasztner, also known as Rudolf Kastner, and his associate, Joel Brand, started the Aid and Rescue Committee, or Vaada: a group which provided support to persecuted Jewish citizens. Socialist and Zionist, the committee was composed of official representatives of Hungarian Judaism and was committed to helping Jewish citizens of Hungary escape the terrors of the Holocaust.

Kasztner and Brand initiated direct negotiations with the Nazis in 1944 — including Adolf Eichmann, one of the major organizers of the Holocaust. The first encounter between SS officers and the two Hungarians took place on April 5th, 1944. On that day, the Germans demanded a $2 million ransom. Soon enough, SS Adolf Eichmann involved himself in the discussions and raised the stakes. He wanted 10,000 trucks transporting essential goods such as tea, coffee and soap, in exchange for 1 million Jewish prisoners. This deal, along with many others, failed miserably. Eventually some agreement was reached: a convoy transporting about 1,685 Jewish individuals was sent to Switzerland in exchange of a ransom of $1,000 per person. When this deal was agreed upon, Kasztner auctioned 150 spaces for wealthy individuals, mostly notables, in order to fund raise for less fortunate people who could not afford to pay $1,000.

Although Kasztner is credited with rescuing 15,000 more Jewish people through similar controversial transactions, he paid a high price for bargaining with the devil. After migrating to Israel at the end of the war, he became the spokesman for the Ministry of Trade and Industry under David Ben Gourion’s Labour government. But in 1953, Malchiel Gruenwald, a somewhat suspicious hotelier and amateur journalist, publicly accused Kasztner of having collaborated with the Nazis. He called into question Kasztner’s integrity for having selected the people who boarded the train to Switzerland, asserting that Kasztner prioritized relatives and notables at the expense of the larger community. Kasztner is also suspected of having personally gained from the deal. He is also blamed for having testified in favour of Kurt Becher, at the Nuremberg trial. Becher, once Commissar for German concentration camps, went on to do extensive business with the Israeli and died a wealthy man.

Haim Cohen, Israel’s General Prosecutor, subsequently advised the government to charge Gruenwald with muckraking; but what was supposed to be a routine procedure grew into the biggest political trial in the history of Israel, with Kasztner shifting from the litigant position to the defendant one. More importantly perhaps, the trial drew attention to the complex relationship between the State of Israel and the Shoah, the Jewish word for the Holocaust. If Kasztner succeeded in saving his own people, what does this imply for the concept of the Shoah? Could more of the Jewish people have been saved after all? 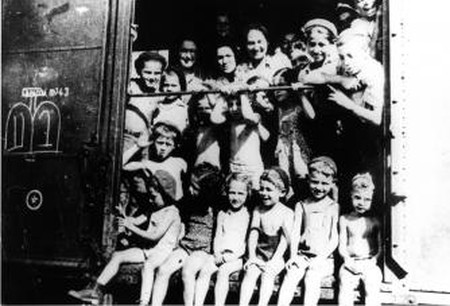 After a 17-month long procedure, Judge Benjamin Halevi exonerated Gruenwald and accused Kasztner of having ‘sold his soul to the devil’, hence charging him with collaboration. Kasztner immediately became the most hated man in Israel, which resulted in his assassination in Tel-Aviv by a young far-right Jewish activist, Zeev Eckstein, on March 12, 1957. However, a year after his death, the judgment was annulled and Kasztner was cleared of most of the charges on the grounds that he did his best to save his people given the circumstances, and that his behaviour appeared both plausible and reasonable.

Nevertheless, controversy and ambiguity still surrounds the case and the man himself. It is said that Kasztner purposely lied to the Hungarian community about their deportation — except to those that he had selected to board the train to Switzerland. From the viewpoint of the historian Maurice Kriegel, the salvation of the few depended on the massacre of the greatest number. Holocaust historian Yehouda Bauer maintains that Kasztner sent young messengers to the countryside to warn Jewish people about the impending danger, but that no one listened to them. To add to the confusion, Kasztner’s murderer was surprisingly released as early as 1964. To this day, Eckstein insists that he missed his target and that it was a sniper who shot the bullet that killed Kasztner. He also claims that the Secret Services had manipulated him, implying that he was merely a pawn on the chessboard and thus that he was not acting out of personal conviction.

These are some of the issues tackled by the documentary film Killing Kasztner: The Jew Who Dealt with Nazis (2008). American director Gaylen Ross worked on this project for eight years, and succeeded in interviewing Kasztner’s relatives as well as Zeev Eckstein. She even convinced both parties to meet for the first time in front of her camera.

This theatrically-filmed, scoop-type documentary looks like a reality TV show: Ross lavishly uses dramatic effects to captivate the audience, such as crime reconstructions, a suspenseful soundtrack and a far-fetched happy ending. However, she also provides interesting archive pictures and poignant interviews, and the result is a gripping, insightful documentary that sheds a new light on this tenebrous and tragic story. Killing Kasztner invites viewers to remember what many celebrate as a stupendous act of bravery, while also acknowledging the fine line between heroism and betrayal in German-occupied Europe. The documentary does not offer clear answers or resolve ambiguities: Rezso Kasztner still fuels a fierce emotional debate between his supporters and opponents, in Israel and around the world.

Watch the trailer for Killing Kasztner: The Jew Who Dealt with Nazis (2008):