City of Spas: A Lesson in History and Chess at Budapest’s Baths 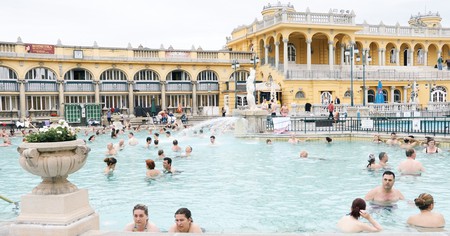 From the series ‘Baths in Budapest’ | © Chris Baker

Budapest’s thermal baths are more than just beautiful places in which to swim. They have been fundamental to the city’s development and continue to shape Budapest’s social life, while their varied architecture and usage encapsulate the city’s storied history.

Clouds of steam rise from the water, the air thick with the aroma of sulphur. Through the haze, groups of tourists marvel at the majestic Neo-Renaissance and Baroque Revival architecture, while bathing regulars relax and ‘take the waters’ or settle down for a game of chess. There’s a chill in the air, but the waters are so warm that it hardly matters. Welcome to the Széchenyi Thermal Baths (Széchenyi fürdő) – Europe’s largest medicinal baths.

The distinctive yellow facade of this impressive bathing complex, which dates from 1913, lends a sense of luxury and grandeur, transporting visitors to a Budapest of times past. 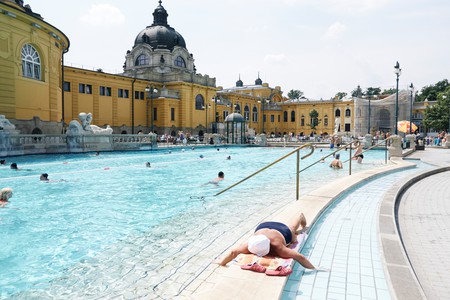 Amid the steam and groups of visitors, a seemingly unusual sight may catch your eye. Combining two quintessentially Hungarian pastimes, local bathers relax on the steps of the pools, playing chess on floating boards. Strange (and even slightly whimsical) to those unacquainted, it is a common sight at Budapest’s baths – places where the city’s residents (particularly of an older generation) meet to relax, socialise and enjoy the healing benefits of the thermal waters.

Spending time at Budapest’s baths, including Széchenyi, photographer Chris Baker has captured bathers engaging in this practice of ‘aqua chess’. While chess was popularised during the Communist era, it endures to this day as something of a national sport. In 2013, Hungarian grandmaster Judit Polgár succeeded in adding chess to the national curriculum, highlighting the game’s importance. Today, the playing of aqua chess against the backdrop of the baths’ historical architecture – whether it be the Ottoman Rudas and Király baths or the Neo-Renaissance and Neo-Baroque features of Széchenyi – serves as a poignant encapsulation of centuries of history.

“Playing chess is part of bathing in Budapest,” explains Dóra Kiss, head of marketing at Budapest Spas. Indeed, a visit to the thermal baths is, for many, more than just an opportunity to relax in warm waters. It’s also a social occasion – a chance to enjoy a moment of calm and a game with friends.

Nathaniel Altman, author of Healing Springs: The Ultimate Guide to Taking the Waters (2000), agrees. “Budapest’s thermal baths offer a healthful respite from the stress of modern life,” he says. “Many of Budapest’s spas are popular social centres, where locals regularly spend several hours ‘taking the waters’.” 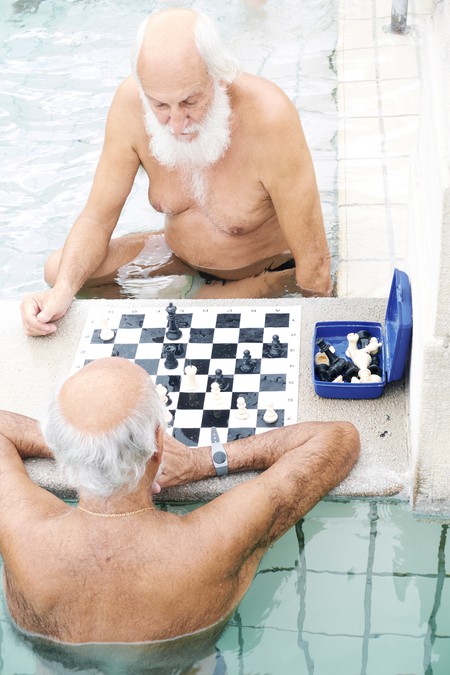 The idea of bathhouses as social hubs dates back thousands of years to the Roman times, and the beginning of the story of Hungarian bathing culture. Upon arrival on the banks of the River Danube, the Romans were – in part, at least – inspired to colonise the area thanks to the abundant thermal springs found there. They created their regional capital city of Aquincum, where northern Budapest now stands, around these springs and built large public bathhouses to cater to their growing population. 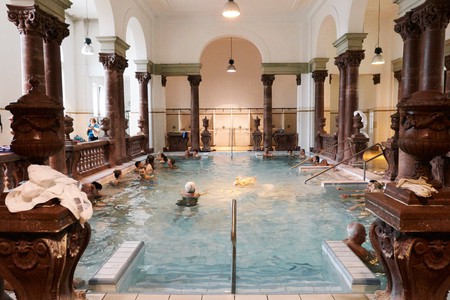 For the Romans, too, these were social spaces and an integral part of daily life. In her 2016 book Wellness in Antiquity, historian Gabriella Fenyés wrote that “Roman baths were not only places for everyday washing but also served as places of ‘well being’ and ‘feeling good’, giving an opportunity to refresh both body and soul” – something that has endured to this day. The ruins of these grand Roman baths are now on display at the Baths Museum, alongside the remains of a Roman fort.

Beyond more general ‘wellness’, there are the acute medicinal benefits offered by a visit to the baths. “In Europe, balneology – using natural spring water for the prevention and treatment of disease – has been part of the medical mainstream for centuries,” says Altman. In contemporary Hungary, doctors often prescribe a trip to the spa for a range of ailments – from arthritis to gout.

The waters that flow from the thermal springs at each bath are said to offer individual benefits. For example, some baths are better for joint problems, while others help with the symptoms of respiratory conditions such as asthma. As a testament to this, bathhouses offer medicinal treatments alongside those aimed purely at relaxation, with some only available by prescription.

As well as providing a boost to health, Budapest’s baths are reflective of the city’s storied history, each one telling a different tale. The mix of cultures that have played a role in Budapest’s past can be seen in each bath’s distinctive architecture, with Turkish baths alongside those built during the Austro-Hungarian Empire. The city has seen its fair share of unrest and upheaval, and its baths stand as a testament to various points in its chequered past.

A visit to the Rudas, Lukács, or Veli Bej baths offers a glimpse into the era of Ottoman occupation in the 16th and 17th centuries, a time when bathing culture experienced a resurgence. Today, Hungarians and visitors to Budapest frequent these Turkish baths, but during Ottoman rule, Hungarians were only able to visit at night. Public bathhouses featured a domed bathing hall at the centre, and their purpose was largely religious – they were often built to fulfil the ritual of cleansing before prayer.

Fast-forward 200 years and Budapest’s thermal baths once again saw a boost in popularity, with advancements in drilling technology and the rise of balneotherapy. In the 19th and 20th centuries, baths took on an altogether grander appearance, increasing in size and catering to wealthy Austro-Hungarians. The large bathing complexes of the Neo-Baroque Széchenyi and Art-Nouveau Gellért are typical of this time. 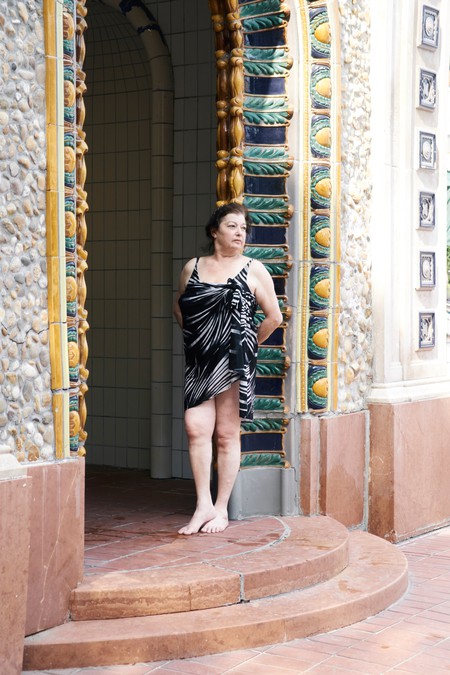 Moving with the times

Altman points to the therapeutic, calming qualities of thermal baths as the key to their continued success. “Medicinal springs – such as those found in Budapest, the world’s largest ‘spa town’ – promote wellness in natural, safe and enjoyable ways,” he says. “In a fast-moving and often stressful world, a new generation is discovering the myriad pleasures that natural mineral springs provide.”

To this end, Budapest’s thermal baths have recently become host to a different kind of social gathering: bath parties. Reflective also of the city’s vibrant and ever-evolving nightlife scene, these ‘sparties’ combine old-world architecture and local bath culture with a hedonistic party atmosphere. This development offers yet another example of Budapest’s baths mirroring a change in the city’s culture, acting as dynamic microcosms of history. 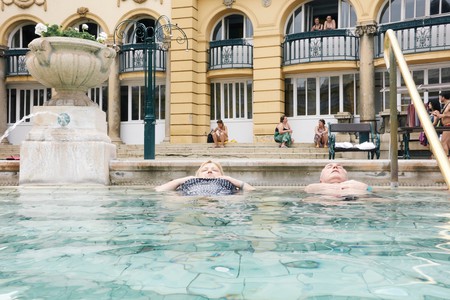 From the series ‘Baths of Budapest’ | © Chris Baker
Give us feedback