The Best Thermal Baths in Budapest, the City of Spas

The Hungarian capital is commonly known as the City of Spas. Budapest’s historic thermal baths, fed by natural hot springs, set the scene for a thoroughly relaxing city break.

There aren’t many cities that can compete with Budapest when it comes to the sheer number of spas. ‘Taking the waters’ has been a pastime in the city for centuries; a principal reason the Romans first colonised the area was because of the thermal springs found here, while the Ottomans built opulent public baths that are still in use today.

In her 2016 book, Wellness in Antiquity, Hungarian historian Gabriella Fényes writes that “Roman baths were not only places for everyday washing, but also served as places of ‘wellbeing’ and ‘feeling good’, giving an opportunity to refresh both body and soul.” The city’s natural hot springs contain a rich mix of minerals that have traditionally been used to treat arthritis, skin conditions, poor circulation and a plethora of aches and pains. Many spas still offer curative therapies, but visitors often come solely to relax and admire the majestic Neo-Renaissance or Ottoman-era architecture of the spas. 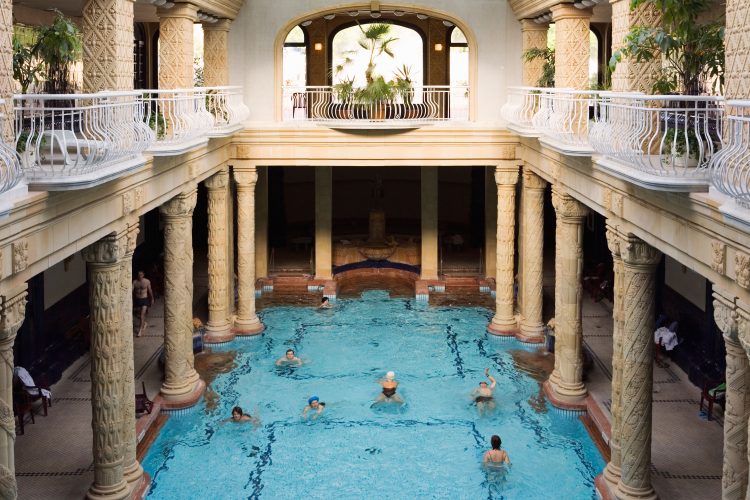 Originally dubbed Sárosfürdő (mud bath) because of the layer of natural silt that settled at the bottom of the pool (back before it had a filtration system), Gellért Thermal Bath is now regarded as one of the city’s most opulent spas. There are several pools and steam baths ranging from a balmy 40°C (104°F) to a more bracing 19°C (66°F), but the indoor swimming pool, in particular, is a beautiful setting for a dip. Housed inside an Art Nouveau-era building, the pool is surrounded by ornate pillars and viewing balconies, while the expansive glass-panelled roof overhead affords the space plenty of natural light.
More Info
4 Kelenhegyi út, XI. kerület, Budapest, 1118, Hungary
+3614666166
Visit website
Széchenyi Thermal Baths
Spa, Health Spa, Swimming Pool 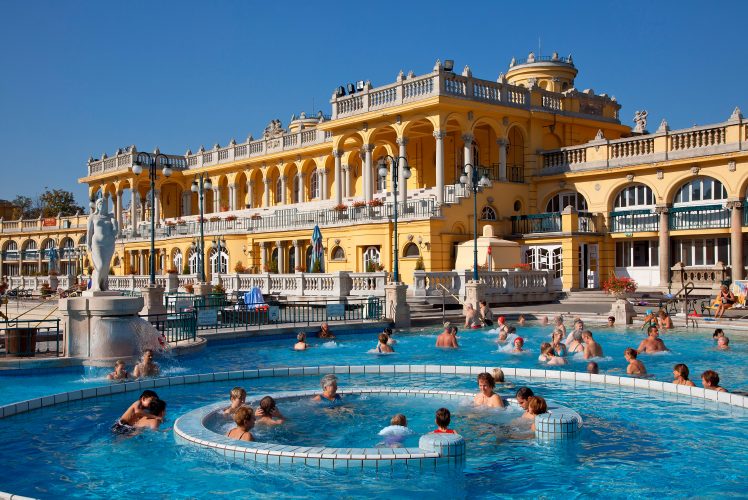 Széchenyi is the biggest spa in Hungary and the largest medicinal bath in Europe – a sprawling 21-pool complex featuring whirlpool corridors, steam chambers, hydrotherapy massagers and Jacuzzis. As well as its majestic Neo-Renaissance architecture, something that sets Széchenyi apart from other baths is its weekly Saturday night ‘Sparty’. Here, Hungarian bath culture meets high-octane partying, complete with electronic dance music, fire shows and laser lights. Tickets usually sell out, so be sure to buy them in advance, and familiarise yourself with the rules beforehand. It’s a good idea to get a SmartPay card at the venue, which you can then load with cash for drinks.
More Info
9-11 Állatkerti körút, XIV. kerület, Budapest, 1146, Hungary
+3613633210
Visit website
Visit Facebook page
Király Thermal Bath
Health Spa 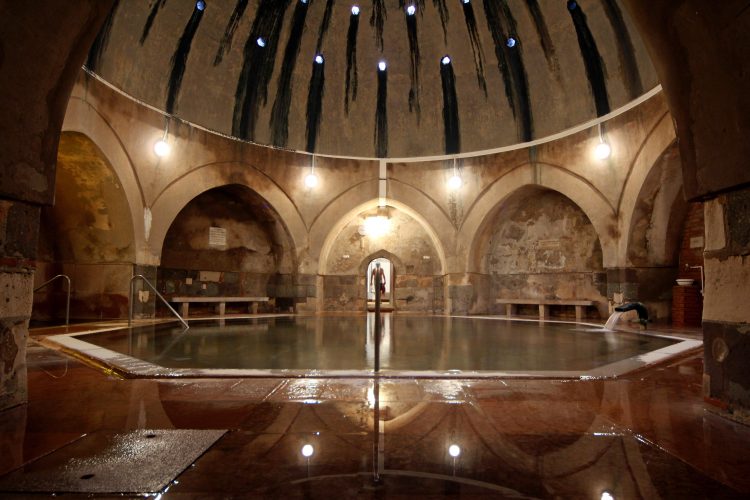 Király dates back to 1565 | Courtesy of Király Thermal Bath

Along with Rudas, Király Thermal Bath boasts that it is the oldest bath in Budapest. Dating back to 1565, during Ottoman rule, Király was once the reserve of men only, but is now fully mixed. The main draw is the distinctive octagonal bath that resides under a stone dome, punctuated with small openings that allow light to stream through and give the water an ethereal beauty. Besides this Ottoman-era pool there are also three smaller ones and a modern Jacuzzi.
More Info
84 Fő utca, II. kerület, Budapest, 1027, Hungary
+3612023688
Visit website
Lukács Thermal Bath
Health Spa 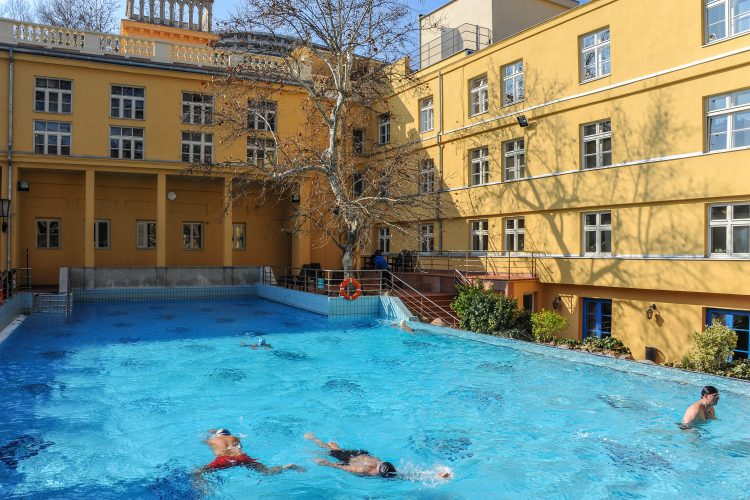 Lukács Thermal Bath, situated a stone’s throw from Margaret Bridge, is notable not least for its low-key vibe and affordable price point. While it’s not as lavish as some of Budapest’s other baths, Lukács has its own charms – the courtyard, for example, is lined with stone tablets etched with messages of gratitude from visitors who have been cured by Lukács’s healing waters. In addition to hot and cold pool therapy, the spa also features a Himalayan salt room – a tranquil space reputed to help with skin issues and respiratory problems.
More Info
25-29 Frankel Leó út, II. kerület, Budapest, 1023, Hungary
+3613261695
Visit website
Veli Bej
Health Spa
The visible clay plumbing that pipes water into the baths is a reminder of Veli Bej’s longevity, dating back to the Ottoman era. Like Király, the facility’s main hot thermal pool is octagonal in shape, and is situated under a dramatic domed roof. Arranged around it are four smaller pools of varying temperatures, plus a Jacuzzi. Elsewhere in the beautifully renovated complex you can access wellness services including an infrared sauna, an aromatic steam bath and Kneipp walking pools, where you alternate placing your feet in hot and cold water to stimulate blood flow and strengthen the immune system.
More Info
7 Árpád Fejedelem útja, II. kerület, Budapest, 1023, Hungary
+3614388587
Visit website
The Beer Spa
Health Spa 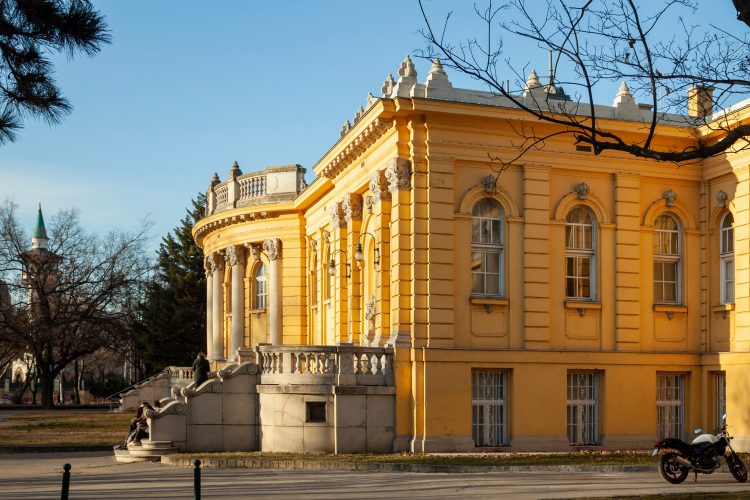 At the Beer Spa you and your friends soak in tubs of malt- and hop-infused water (great for your skin and hair), paired with all the beer you can drink for 45 minutes. It may be a little gimmicky, but the Beer Spa is said to have some legitimate health benefits: the hops, yeast and malt added to the water are naturally high in vitamins and minerals, which can aid skin conditions, increase blood circulation and release muscle tension. Sessions last 45 minutes and your ticket includes a day pass to Széchenyi, where the Beer Spa is located.
More Info
1 Kós Károly sétány, XIV. kerület, Budapest, 1146, Hungary
Visit website
Rudas Thermal Spa
Health Spa 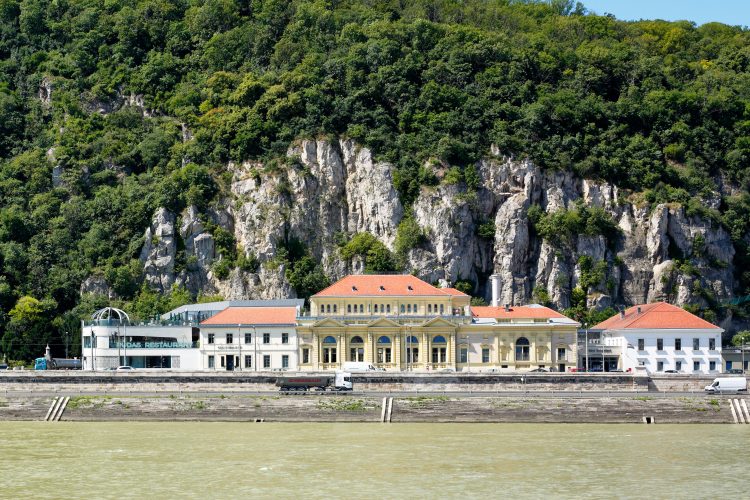 This Ottoman-era bath complex retains many of the key features of a traditional Turkish hammam, including the quintessential octagonal pool set under a domed roof. Rudas primarily welcomes men, but Tuesdays are reserved for women, and the complex is open to both men and women at weekends. Visit Rudas Thermal Spa’s rooftop pool to enjoy views of the city while you take the waters, then head for the drinking hall. There, you’ll be able to try the spa’s ‘drinking cure’ – mineral-rich water from three natural springs (Hungária, Attila and Juventus), which are said to have curative properties.
More Info
1 Kós Károly sétány, XIV. kerület, Budapest, 1146, Hungary
Visit website
Dandár
Health Spa
Distinctive for its Art Deco style, the Dandár public bath was commissioned in 1930, and after sustaining some minor damage during World War II, it was fixed up and reopened as a thermal spa in 1945. Dandár is composed of three indoor pools and two outdoor ones, plus a sauna and a steam bath. Its therapeutic waters are said to aid conditions such as degenerative joint diseases, arthritis, discus hernia and neuralgia (nerve pain), while some bathers visit simply to relax and enjoy a game of aqua chess in the wellness pool, which comes equipped with chess boards. Dandár also offers on-site spa treatments, including sauna and aromatherapeutic massages.
More Info
3 Dandár utca, IX. kerület, Budapest, 1095, Hungary
+3612157084
Visit website
Palatinus Bath
Health Spa 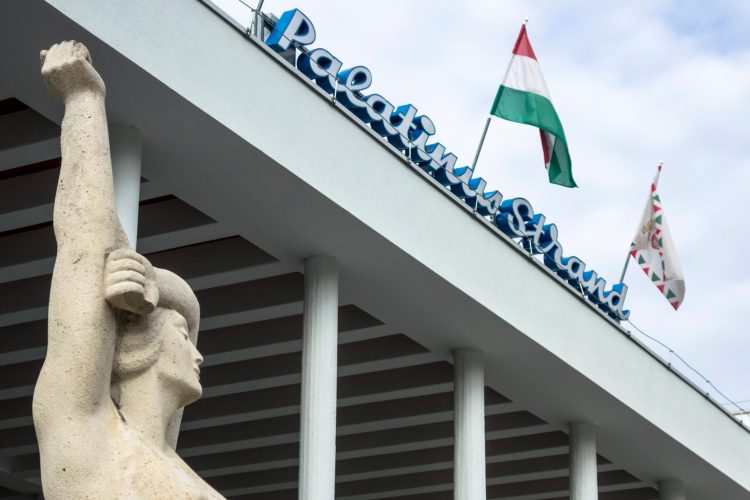