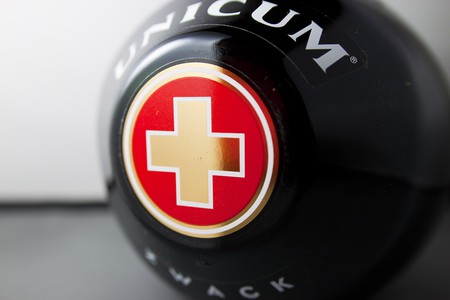 Made according to a recipe passed down through generations, this popular Hungarian liqueur is seen as one of the country’s national drinks and the story behind it is fascinating. Read on to discover the surprisingly turbulent history of a drink which today, Hungarians couldn’t imagine living without.

Produced by the Budapest based drinks company Zwack, Unicum is created according to a top secret recipe. A blend of over 40 different herbs and spices are combined, before being aged in oak casks for over six months to form the now iconic liqueur, drunk across the country as a digestif and apéritif. Served in almost every bar, club and restaurant in Hungary, today the drink is produced according to its original recipe but it hasn’t always been this way.

The story behind the drink

Unicum was, according to the Zwack company, created in 1790 by Dr. József Zwack, in his capacity as Royal Physician to the Imperial Court. It was originally an aid for indigestion. The drink received the royal seal of approval and J. Zwack & Co was founded in 1840. The enterprise was a success, soon becoming a significant distillery in both Hungary and Central Europe, producing hundreds of liqueurs and spirits alongside the drink that started it all: Unicum.

In 1926, brothers Béla and János Zwack joined the company. Despite rarely agreeing on anything, the two would play crucial roles in the development and survival of the Zwack company over the coming decades. Enjoying success throughout the early 20th century, during the 1940s two events occurred which would change the fortunes of the family for the worse. The Zwack factory was destroyed during the Second World War, while the arrival of the Communist regime meant the nationalization of the company. During this time the majority of the Zwack family escaped to the U.S, leaving behind a fake recipe in the hands of the Communist government. For over 30 years Unicum was produced in Hungary using this alternative formula. 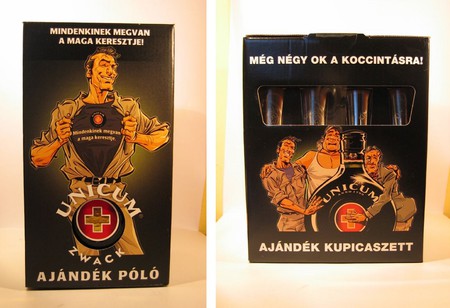 Meanwhile, Béla Zwack, who had initially chosen to stay behind in Hungary, was able to escape to Italy in the 1950s, where he began producing and promoting Unicum under the family name. This work was later taken over by his nephew, Péter Zwack, who would be instrumental in reviving the company in Hungary itself.

The fall of Communism in 1989 allowed the family to return to Hungary, bringing with them the original Unicum recipe. After buying their company back from the state, Zwack brought Unicum back to the Hungarian market in its original form, where it has remained to this day!

How to drink Unicum

While Unicum is believed by many to have medicinal properties, evidenced by the medical style cross as its logo, and its qualities as a digestif, it is in fact most commonly drunk as a shot in a liqueur glass at social gatherings, with a meal or on a night out. The mixture of herbs lends a bitter quality, and the drink is certainly an acquired taste. But be warned, once you get used to it, it can become pretty addictive!