EUROPE
/
HUNGARY
/
Things to Do

15 Things to See and Do in Debrecen 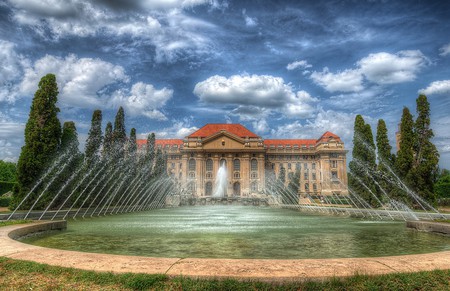 The second largest city in Hungary, Debrecen stands in the Northern Great Plain – earning it the nickname Capital of the Great Plain. With just 200,000 inhabitants it’s a relatively small city yet still rewards visitors with an array of attractions. Discover the best of Debrecen with these awesome things to see and do. 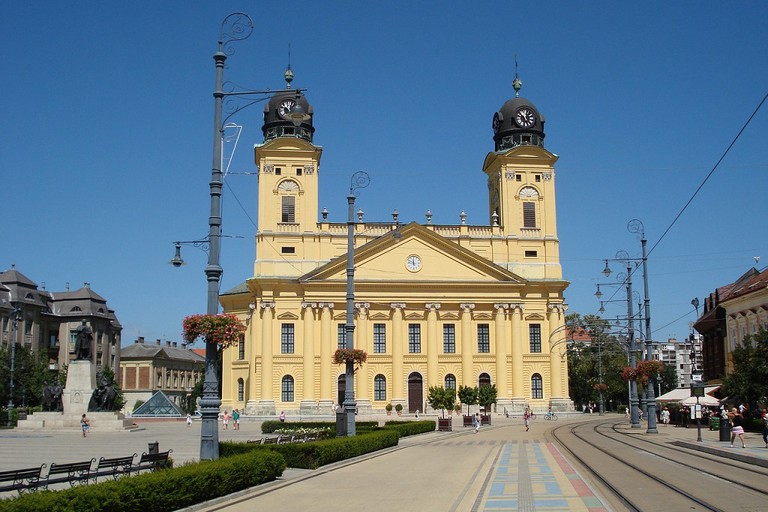 Debrecen Church | Pixabay
Designed by Mihály Pechy and opened in 1822, Hungary’s largest Protestant church is both an architectural masterpiece and an iconic national symbol: it was within its walls that, in 1849, Lajos Kossuth presented the Hungarian Declaration of Independence. Today the church is open to visitors, who can explore its beautiful interior, see the Rákóczi Bell and climb to the top of the western tower for panoramic views over Debrecen.

Our entire world and daily lives are influenced and shaped by science. This science centre which recently opened in Debrecen aims to teach visitors more about daily scientific phenomena through interactive exhibitions, activities and learning opportunities for all ages. Physics, chemistry, biology and more are covered, while an observatory allows an insight into the workings of the sky. 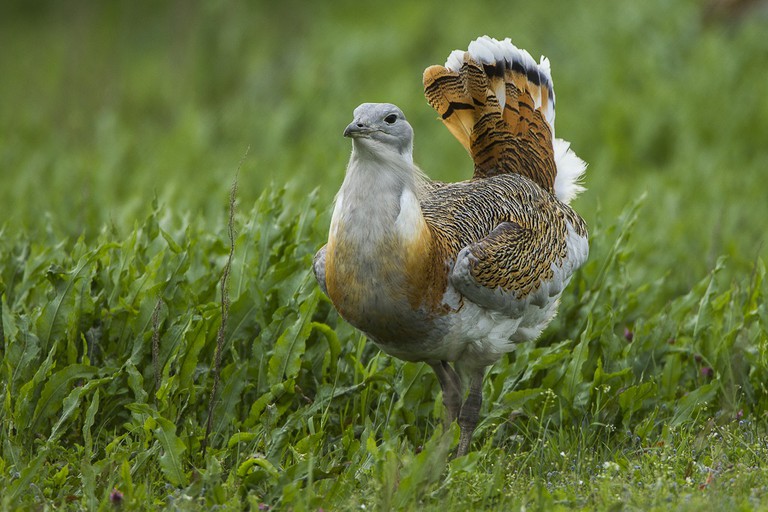 Hortobagy National Park wildlife | © Francesco Veronesi / Wikimedia Commons
Debrecen’s proximity to this UNESCO listed National Park is a gift for those hoping to see one of Hungary’s most stunning natural areas. Miles and miles of flat grassland provide a home for an interesting range of flora, fauna and wildlife while Lake Tisza, which lies within the park, can be explored thanks to a boardwalk and guided tours.

Every summer in Debrecen’s Great Forest, this increasingly popular music festival brings a number of local and international acts to the city. As well as a varied musical program there are also theatrical performances and cultural activities: previous artists to grace the stage have included Enter Shikari, Clean Bandit and Jess Glynne.

A key figure in the Hungarian revolution of 1848 against Austrian rule, Lajos Kossuth helped the movement to achieve initial success. He became regent-president of Hungary for a short time before Austria reasserted its control and he was forced to flee the country. His statue can be found in downtown Debrecen near the Great Church, where he presented the Hungarian Declaration of Independence. 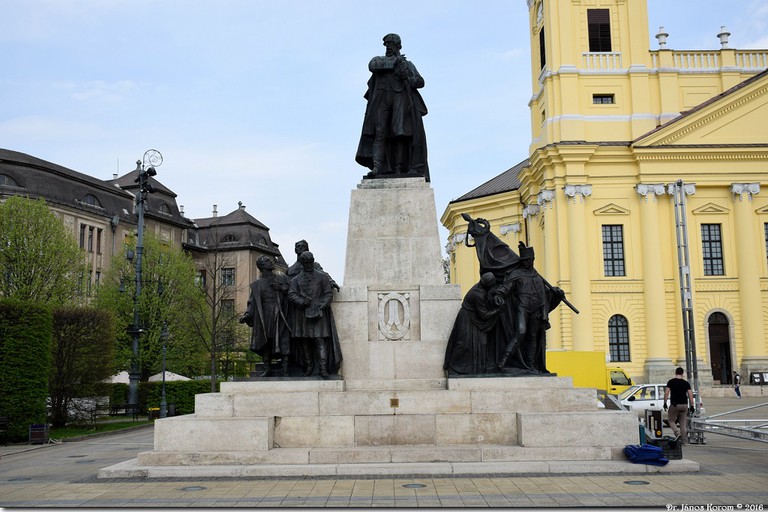 Take a look at a number of more traditional methods of craftsmanship at this small museum set in a former tanner’s workshop and residential house. Traditional craft methods are the focus, with live demonstrations of embroidery, pottery and cheese-making. 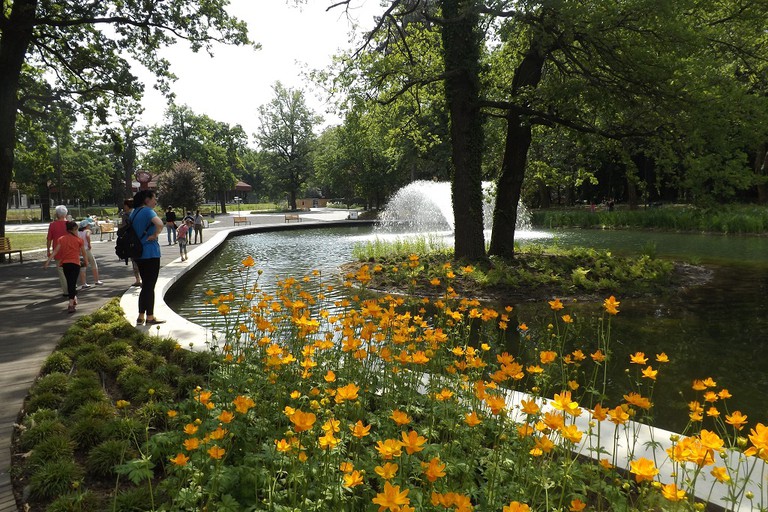 Debrecen park | © Kossuthzsuzsa / Wikimedia Commons
A peaceful haven of green space found just 10 minutes from downtown Debrecen, the city’s park is a great place to get a taste of more natural surroundings without needing to travel too far at all. Woodland, landscaped paths, outdoor artworks and cycling paths await.

For modern and contemporary art exhibitions in Debrecen, this is the place to go. Hungary’s second largest modern art museum, exhibitions change on a regular basis – meaning there’s always something new to see!

The aim of this museum (set inside a neo-baroque style building which is worth visiting for the architecture alone) is to preserve and share the cultural heritage of the region and the world. Permanent exhibitions include a look at death and burial and ancient times; a gallery of fine art from the 17 – 19th centuries and the Déri Memorial Hall, dedicated to the man who made the museum what it is today by donating a significant number of works – Figyes Déri. 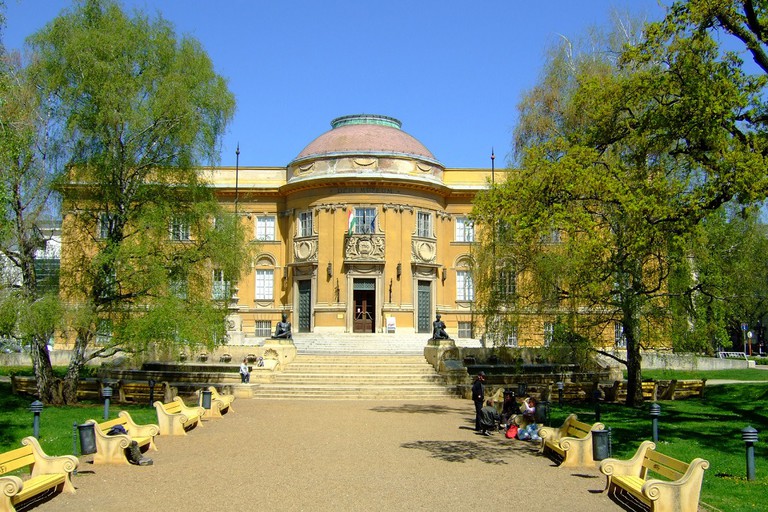 This small zoo set in the middle of a forest was founded in 1958, and is home to over 100 species from across five continents. Educational programs and tours are available for anyone wanting to learn more about the animals who live here, which include lions, tigers and monkeys. 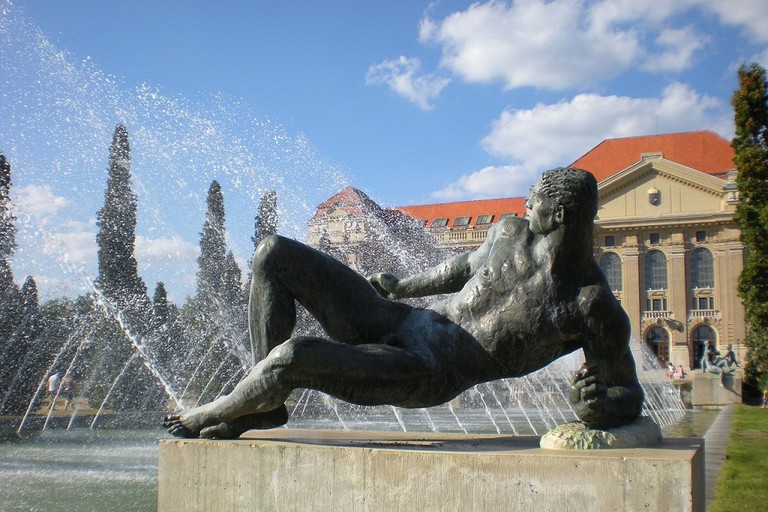 Debrecen University / Pixabay
One of Hungary’s top universities can be found in Debrecen and its grounds are open for exploration by visitors, with fountains, statues and beautiful campus buildings to see. The University also boasts a botanic garden with a wide variety of plants, including tropical flora and fauna housed in a greenhouse.

Debrecen has a rich Calvinist heritage and this college is a great place to learn all about it. Opened in 1538, there’s a museum space with exhibitions covering the city’s Calvinist history, ecclesiastical art and the building’s function as an institution of education.

The White Rose of the Revolution

Created by award winning Hungarian sculptor Miklós Melocco, this marble sculpture of a white rose was built to remember the 1956 Revolution against Soviet rule. The revolution was brutally crushed causing many to lose their lives and their freedom: this sculpture is in their honor.

The White Rose of the Revolution, Egyetem tér 1, Debrecen, Hungary 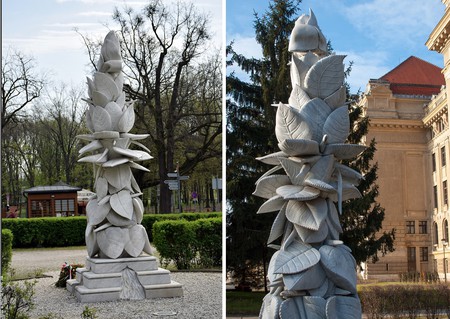 Debrecen’s principle square is the site for a number of festivals and events throughout the year, from hosting the Flower Parade (a week long festival in August, with flower shows, performances and more) to being the site of the city’s main Christmas tree. It also boasts a number of architecturally interesting sites: for example, the art-nouveau Hotel Aranybika can be found here.

Taking outdoor cinema to a whole new level, film clips are shown on a screen of mist at this unique theatre in Debrecen’s Nagyerdei Park. Especially enjoyable on warm summer evenings, the attraction is open from spring to fall and shows laser light shows as well as short movies.