12 Wines You Must Try on Your Trip to Hungary 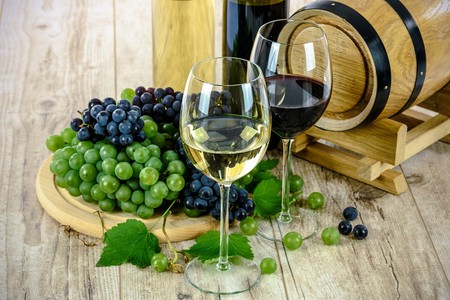 With a number of vineyards and world famous grapes, Hungary is a great destination for anyone looking to enjoy some quality local wine. From renowned reds to crisp, fresh whites – let us take you on a tour of the Hungarian wines you need to taste, and the vineyards to get them from.

Hailing from Eger, in Northern Hungary, this is an earthy, dry red wine. Regulations state that the blend must be at least 50% native grape and usually Kékfrankos is chosen. Another two grapes must be added into the mix, a minimum of three, is required to make the fruity, spicy wine. Thanks to its success during the 20th century, it characterizes Eger’s wines to this day and is possible the most well known Hungarian wine outside of the country.

Nobody knows exactly when this now iconic wine was first created, however legend has it it gets its name from the Siege of Eger in 1552, during which invading Ottoman forces tried without success to take the city’s castle. When explaining the Hungarian strength and resistance, Turkish soldiers concluded that bull’s blood must have been mixed into the wine of the defending Hungarians!

Try: The St. Andrea Áldás 2012 Egri Bikavér is a great introduction to the classic blend. 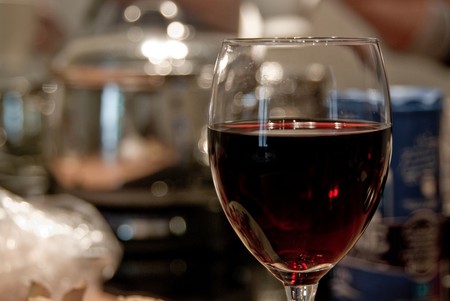 While Eger is well known for its red wines, the region also produces some quality whites too. Egri Csillag is a shining example: at least four different grapes go into its creation, while 50% of these must be native. The result is a fresh, fruity cuvée wine – perfect chilled and enjoyed on those long, hot summer days!

Also known as the “King of wines”, this dessert wine is the region’s (and, some might say, the country’s) most famous blend. A sweet wine with a high sugar content, balanced with a fresh acidity, it’s often known simply as Tokaj and will be found on pretty much every restaurant menu in the country in some form. The wine is classified according to puttonyos, which refers to the wine’s sugar content. The scale ranges from three to six and the higher, the sweeter!

Try: The Szepsy 6 Puttyonyos Aszú 2008 is a must-try Tokaj Aszú. 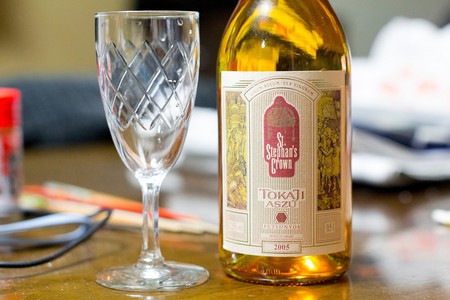 Tokaj’s furmint grape is most commonly used to create dry white wines, and has been in use for centuries. The family run Sauska vineyard harvests the grape each year, producing a wine which is emblematic of Tokaj’s terroir. Rich, with notes of honey, dried apricots, rosemary, citrus oils and fine oak, the vineyard’s 2013 furmint is a great introduction to the grape.

Often produced in the Villány wine region, this red wine has an elegant, drinkable quality with balanced tannins and undertones of blueberry, pepper and aniseed – as well as an occasionally spicy edge. The wine is popular across the country as a classic red to keep in the wine cabinet for any occasion. 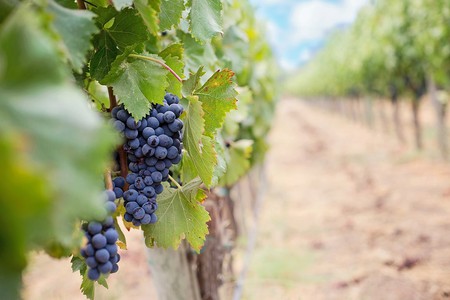 An incredibly popular white wine, especially during the summer months when it makes for a refreshing drink, the Irsai Olivér grape was produced in the 1930s and has been a staple Hungarian wine ever since. Known for its muscat like quality, it’s fresh, fruity and very drinkable.

Try: The Nyakas Irsai Olivér 2016 is the perfect addition to any social gathering, with a light and refreshing quality.

This balanced red wine comes from the traditionally run Gere vineyard in the Villány wine region. The family have been making wine for 7 generations and promote use of authentic Hungarian methods of grape growing and oenology. The Gere Villányi Syrah is a fruity wine with notes of black pepper and cocoa, and a sophisticated finish. 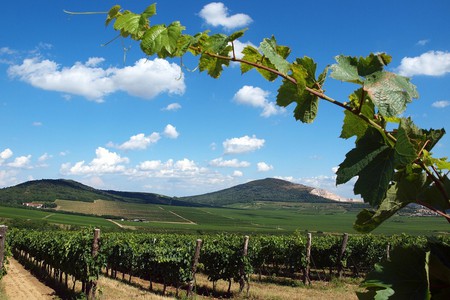 Füszeres translates as “spicy” in English, and this white wine is certainly that: full bodied, with the perfect balance of acidity, Cserszegi Füszeres can be made as both dry and half dry variations. A mix between the Irsai Olivér and Roter Traminer grapes, this flavorsome wine is a must try.

Try: From a vineyard near Balaton, the Jásdi Cserszegi Fügeres 2015 is a refreshing must-try white wine.

Often produced in the region of Szekszárd, in Southern Hungary, this grape used in the production of full, velvety red wines was once one of the country’s most popular however fell into years of neglect and decline. Now, it’s on the rise again and is often used in making the ‘bull’s blood’ cuvée – the Szekszárd Bikavér is often regarded by locals as far superior to its counterpart of Egri Bikavér (see above)! 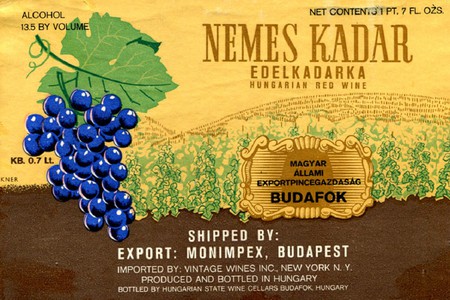 One of Hungary’s oldest varieties of grape, juhfark is used in the creation of white wines – and the Kreinacher Estate’s Juhfark is one to put on your list. The winery works with the terroir to create a locally produced wine with fruity and floral tones, with a slight salty twist and medium to full body.

While Olaszrizling literally translates as Italian Riesling, this wine is both Hungarian and not a riesling as we may expect! Connected only by name, the more commonly known rieslings of Western Europe are not in fact related to this Hungarian grown wine. A well known taste, Olaszrizling often provides the base for fröccs (a popular wine spritzer drunk during summer).

Try: A dry white wine with a subtle taste and an apricot aroma, the Laposa Badacsyonyi Olaszrizling is perfect drunk freshly chilled while sitting in the sun. 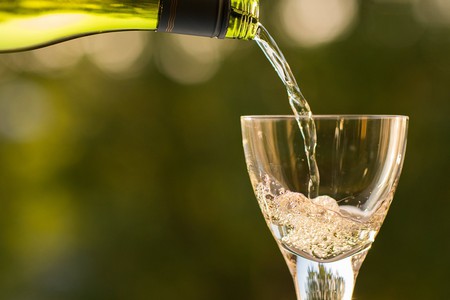 The principle grape of Villány, Portugieser is an everyday wine which is best drunk young: it needs only a few months to mature before it’s ready to be enjoyed. Smooth, fruity and easy to drink, undertones of cherry and a low alcohol content make this a great wine to enjoy while relaxing with friends.

Try: The Bock PortaGéza 2015 is a velvety wine with notes of cherry.