10 Childhood Cartoons Only Hungarians will Recognise 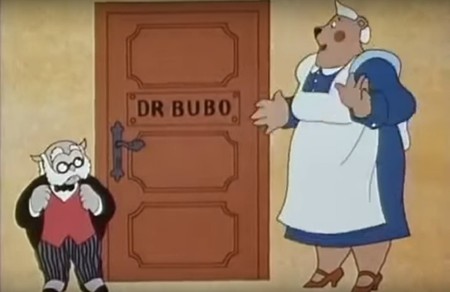 Cartoons watched as children hold a certain level of nostalgia, reminding us of rainy days spent in front of the TV and providing comforting, familiar entertainment. The 1980s were a rich decade for Hungarian animation, with a number of the country’s best and most loved cartoons produced during this time; however, from the 1970s onwards a number of classic TV shows and movies were created which offer a taste of nostalgia to any Hungarian.

A character beloved by all, Süsü is a kind, soft-hearted young dragon with only one head (a problem, as dragons should usually have up to seven). Banished from home by his father due to his inability to harm a fly, Süsü befriends a young prince. A tale of friendship and adventure follows, as the two get up to all sorts of escapades.

Released in 1986, this animated movie tells the tale of conflict between cats and mice: the evil cats – aided by some gangster rats – hope to get rid of the mice, but the mice have a plan. So ensues a funny, charming film loved by Hungarians young and old. A sequel was released in 2007, entitled Cat City 2: The Cat of Satan, which enjoyed a significant level of success in Hungary proving that the classic formula remains popular to this day.

Also known as The Little Fox in its English form, this animated film was released in 1981 and follows the life of Vuk, a young fox whose family is killed by hunters. Raised by his uncle, the film sees Vuk grow up to be intelligent and cunning, fall in love, and get his ultimate revenge. The animation is a classic in Hungary and has been dubbed into English as well, making it even more accessible to all markets.

This much loved Hungarian cartoon series from 1974 presents the now iconic character, Dr Bubó (who gives the series its more commonly used title of Doktor Bubó). The Doctor is an owl and a terrible diagnostician; his assistant Ursula is a bear who is in love with him. As well as being funny, charming and watchable for young children, its treatment of social issues allows it to be equally enjoyable for adults.

This cartoon follows the adventures of the Mézga family: parents Geza and Paula, their 12 year old son Aladar and teenage daughter Kriszta. First released in 1968, the cartoon ultimately ran for three seasons with the last one airing in 1978. A cult classic which is still shown on TV today, the show has drawn comparisons with the Simpsons thanks to its comic portrayal of family life.

On screens throughout the mid 1970s, a rabbit with checkered ears (which act as propellers, helping him to fly) was the star of this cute cartoon in which the rabbit, thanks to its kind disposition, assists various characters with tricky situations. Each episode was only a few minutes long and today, the adorable protagonist has become a popular figure in Hungary.

Vili, a veréb (Willy the Sparrow)

The protagonist of this tale, 10 year old Willy, used to enjoy using his BB gun to shoot at sparrows. Until, one day, he was turned into one himself! The animated film follows his experience as a bird, showing his adventures as he gets to know more about the lives the sparrows lead. The film aired in 1989 to a positive reception and has since been dubbed into English, although a number of scenes were cut out for being too scary.

Based on a series of books by the same name, this sweet Hungarian cartoon follows the adventures of the small, wig-like character of Pom Pom, and schoolgirl Picur. Pom Pom entertains Picur with stories about other quirky characters as she walks to school and the cartoon, like many others of its time, has achieved cult status in Hungary.

The fishing adventures of the Great Angler are the focus of this Hungarian cartoon made up of two seasons, both of which were aired during the 1980s. Fishing on the river banks, in the height of the summer heat, is the setting for the deeper moral message here: primarily, that passion and dedication can overcome all obstacles. Also featured in the series is the Great Angler’s trusty sidekick – a large worm.

Made up of three seasons, which aired throughout the 1970s, this cartoon was one of the most popular of the decade. Frakk, a Hungarian pointer, lives with his owners Uncle Charlie and Aunt Irma as well as two cats – Lucretia and Serena. The two cats and Frakk often clash, with Uncle Charlie preferring Frakk and Aunt Irma favoring the two feline characters. The family manages to get into all sorts of funny situations, and the cartoon is still popular to this day.