The Most Beautiful Beaches Within Easy Reach of Athens, Greece 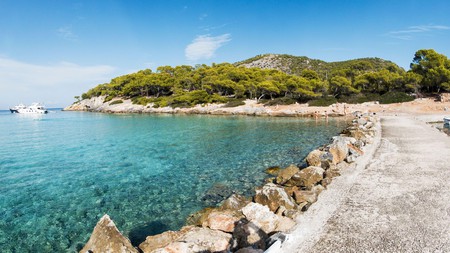 The Greek island of Agkistri is easily accessible from Athens, and home to some stunning beaches | © Ioannis Mantas / Alamy

Athens is rarely associated with beautiful beaches and clear, emerald waters. Yet the city of rich ancient history, the Acropolis and the picturesque Plaka neighbourhood is also surprisingly close to a number of superb beaches that are well worth your visit.

Some in the Attiki region and others in the nearby Corinthian Bay or the Argo-Saronic Gulf, the following beaches guarantee a refreshing break away from the city. From Kape’s hidden, rocky paradise to Mylokopi’s exotic emerald waters, neither is too far from Athens.

To discover the many splendours of Greece, from history-rich archeological sites, to sandy beaches beside a glistening turquoise sea, join Culture Trip’s curated 8-day trip from Athens to Santorini. 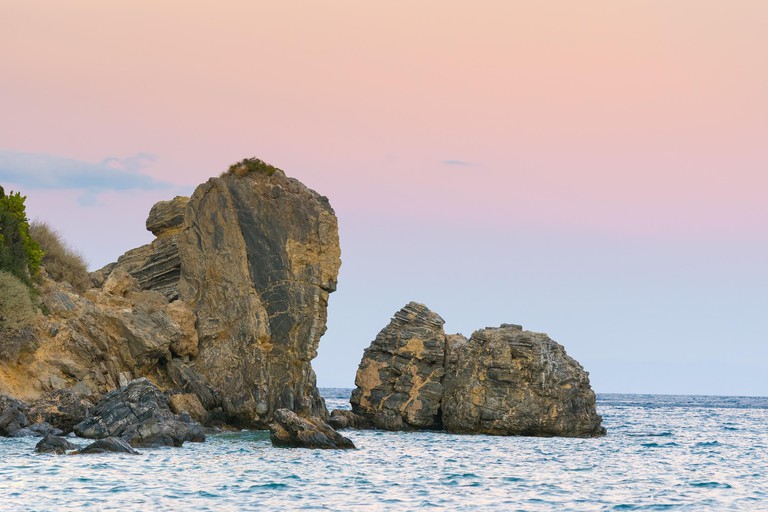 Erotospilia stands out for its perfectly clear waters, semi-pebbled white sand and the feeling of exclusivity you get once you reach its short shoreline. Formed by a little cove, the beach gets quite busy at the weekend, attracting a variety of visitors along with couples, from spirited teenagers to families. A limited number of umbrellas and trees provide some much-need shade, while there is also a small beach bar. You can access the Porto Rafti area by KTEL (intercity) bus – about a one-hour ride from the centre of Athens – and take a taxi to Erotospilia. 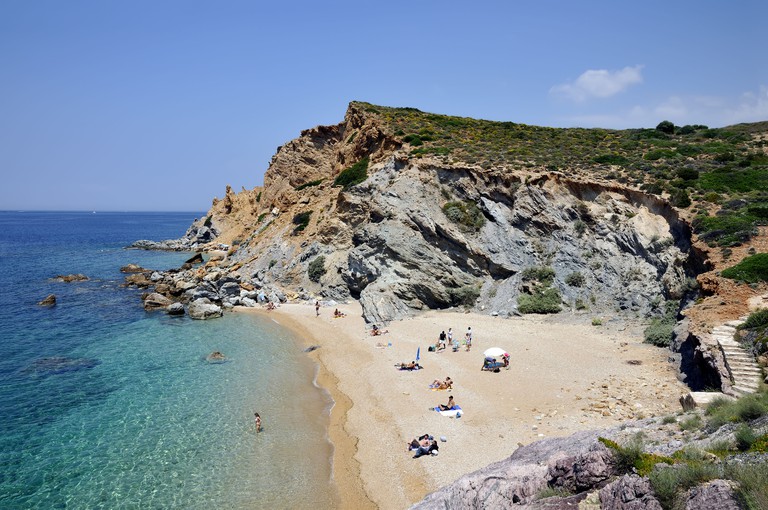 Kape Beach, located in the village of Legrena in Sounio Cape – roughly a 90-minute ride from Athens by KTEL – remains one of the best well-kept secrets, beach-wise, among Athenians. The beach’s astonishingly turquoise waters might make you feel like you’re vacationing on a secluded Greek island. Grab a snack from the canteen at the top of Kape’s cliff before following the numerous steps that will lead you all the way down to the beach. Kape is best avoided on the weekends when it’s super busy, while you should bring an umbrella as there is practically no shade. 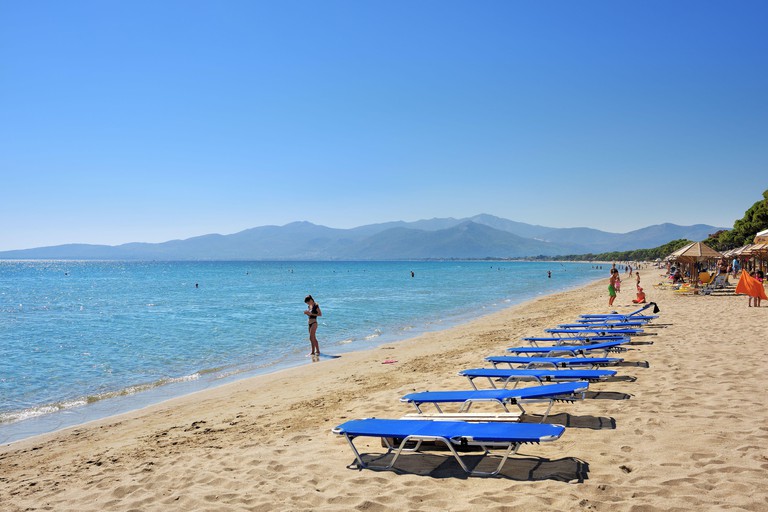 What if you could swim in tranquil waters right next to a lush pine forest? Schinias beach, in the historic town of Marathon, invites visitors to unwind on its verdant terrain before taking a dive in shallow, crystalline waters. Just over an hour’s drive from Athens – Schinias feels nothing like a city. And while the unspoiled part of the beach is ideal for relaxation or endless hikes among the trees, Schinias’ long shoreline also boasts hotels, beach bars and a variety of water-sport activities to choose from. 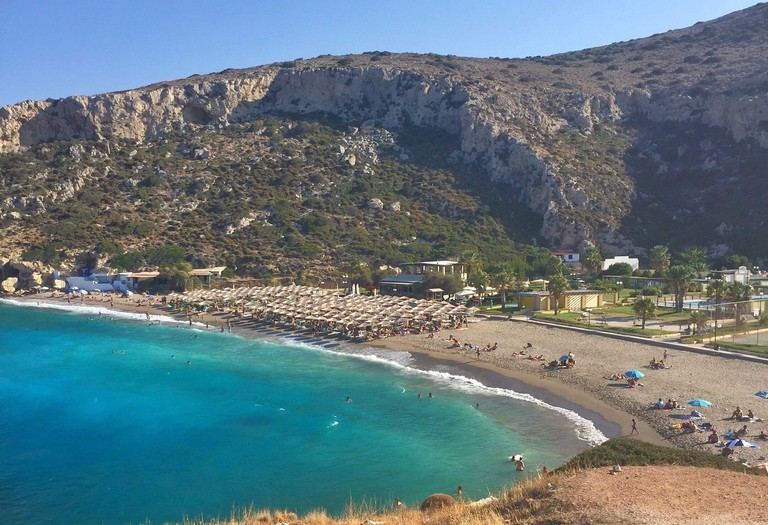 About an hour away from the city centre by car, Kakia Thalassa – meaning “bad sea” in Greek – is actually one of the best beaches in the Attiki region. It’s partly organised, with sun loungers, umbrellas and changing rooms, while the other half allows visitors to lie freely on the sand by the beach’s milky emerald waters. Kakia Thalassa is perfect for families or beach-volleyball and beach-paddleball enthusiasts. During the weekend, it is extremely busy so get your spot early. 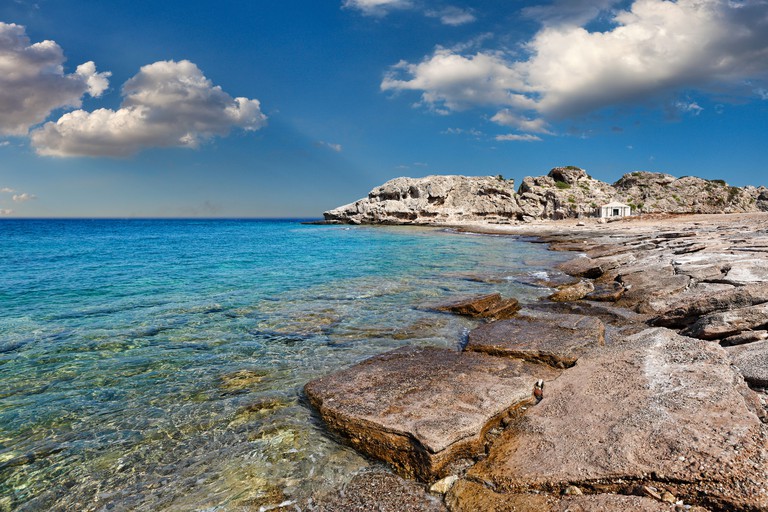 The exotic Mylokopi isn’t easy to get to, but it’s well worth the effort. Roughly an hour and a half away from Athens, in the Corinthian Bay, the beach can be accessed by car. You can either drive there or get to the town of Loutraki by KTEL, and then rent a car or take a taxi for the rest of the ride. The sage on the surrounding rocks, along with the spectacular green-blue colour of its waters, give Mylokopi a tropical look. The beach doesn’t have any sun loungers or beach bars, so remember to come fully prepared with your own umbrella and water or snacks, or stop by Loutraki town to get everything you need. 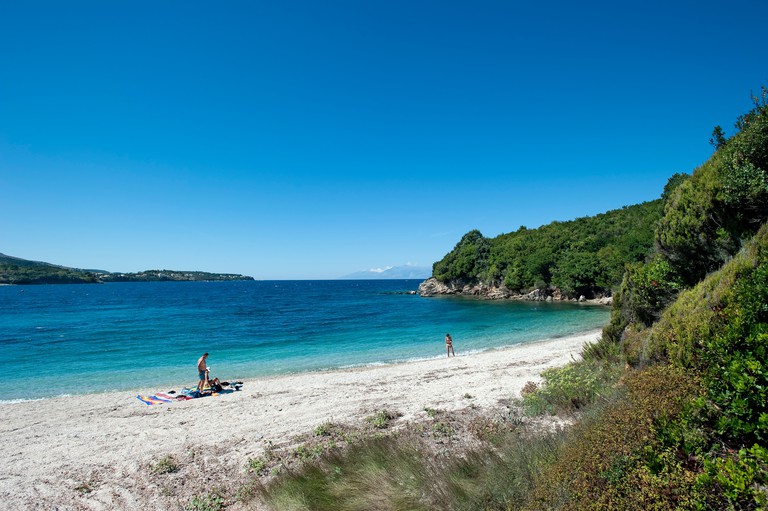 Avlaki is known for its broad shoreline, its light-blue waters and white, smooth sand surrounded by abundant nature. Avlaki has plenty of sun loungers, umbrellas, and beach bar. Be sure to arrive early, though, as it is frequented by people from all over Athens and those sun loungers can go within the blink of an eye. But once you find that perfect spot, the beach’s laid-back vibe guarantees you won’t be leaving any time soon. 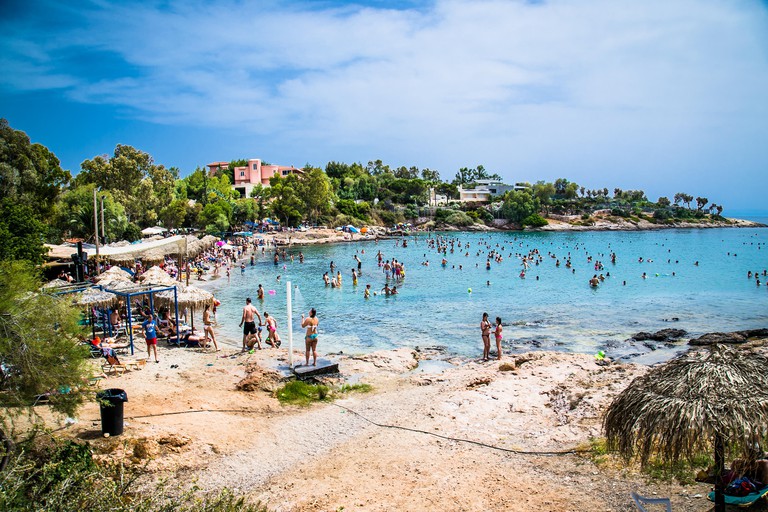 The cosy beach of Althea, about a 45-minute drive from Athens, emerges as a little oasis by the side of the road. From the beach’s small parking lot, follow the steps down to the beach and you’ll find yourself in a secret haven of clear waters and pure nature. Bus 122, available every 30 minutes, will also get you there if you opt for public transport instead. 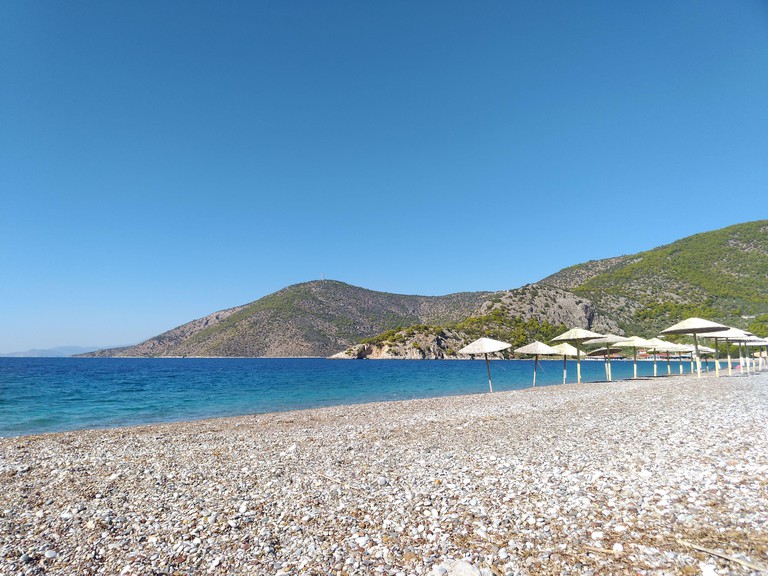 With pristine, light-green waters and a seemingly infinite shoreline, the pebbled Psatha beach has to be the finest option in the Corinthian Bay, as far as dreamy, clean waters go. Primarily accessed by car, Psatha is bound to impress you with the serenity that emits from the pine forest, and its beauty that echoes that of an Aegean island. The beach comes equipped with sun loungers and beach bars, but there’s plenty of space for you to throw down a towel and lie on the pebbles instead. For food, grab a bite to eat at one of the nearby taverns. 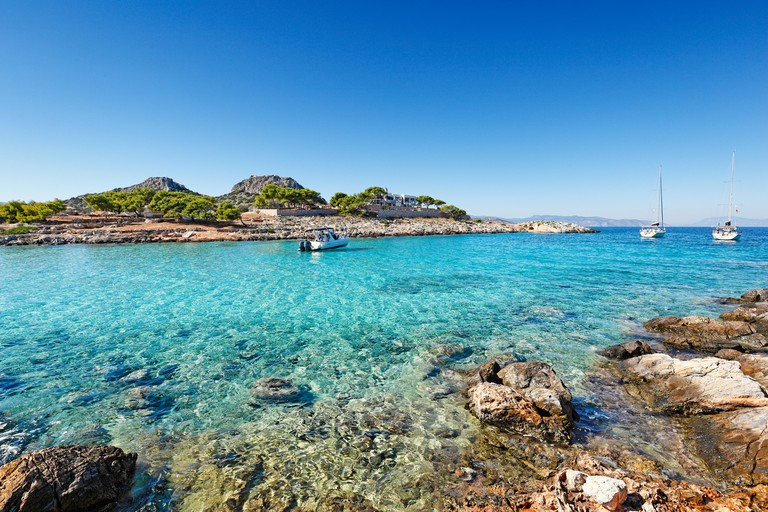 If you’re looking for a quick day trip away, the island of Agkistri in the Argo-Saronic Gulf is roughly a 60-minute ferry ride away from Athens’s main port, Piraeus. This islet’s most precious jewel is the shingle beach of Aponisos, a peaceful paradise with pool-like waters. The beach is ideal for snorkelling, or go for a relaxing swim instead – taking in the majestic views of the pine trees and the gentle warmth of the sun rays.