Aegean Blues: Exploring the Roots and Resilience of Rebetiko

Born in the hash dens of the Ottoman Empire’s ports, rebetiko crossed the Aegean Sea together with Greek refugees forced to abandon their Asia Minor homeland in 1922. Over the decades, it has been outlawed, celebrated and ignored, but has never died out. So what is it about this mournful music, formed by century-old upheavals, that still resonates today? 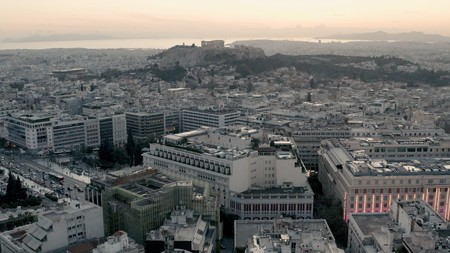 Rebetiko’s melodies are raw, simple, and sultry, and its – often humorous – lyrics speak of love, poverty, prison and drug use.

“Rebetiko is the folk music of the city. Until then, folk music came from the countryside. The lyrics refer to urban life, not the birds, trees and streams,” says Stratos Stratigopoulos, a rebetiko musician who owns and plays at a koutouki, a small musical café, in downtown Athens.

Rebetiko might have remained a quaint subgenre of early 20th century folk music, had World War I not been followed by the devastating 1919-1922 Greco-Turkish War, in which nearly one million Christian Orthodox inhabitants of Smyrna, Constantinople and other areas of present-day Turkey were displaced and tens of thousands killed. 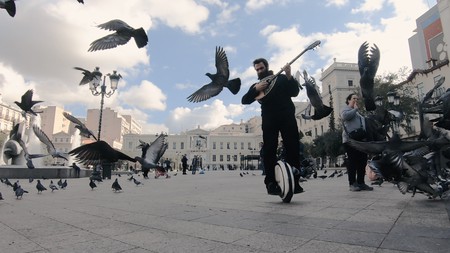 The population of Greek cities swelled, with more than 100,000 refugees living around the port of Piraeus and Red Cross tents being pitched even underneath the ancient temples of Athens.

The first rebetiko players of Athens were these exiles from Asia Minor, who sang in smoky dive bars about the money they didn’t have and the drugs they couldn’t stop: “Brother, I’m going to smoke heroin until the Resurrection,” a musician interjects in a recording of “I’m a Heroin Addict (When You Take Heroin) [Eimai Prezakias (Preza Otan Pieis)]” from 1934.

Longing for their lost homeland, and unaccepted by mainstream Greek culture and society (refugees from Asia Minor made up close to a quarter of the population of Greece by then, and there was no way to provide shelter, jobs and food for all of them), the musicians found themselves close to the underworld of the ‘rebetes’, a subculture populated by petty criminals and centred around a general rebellion against society. 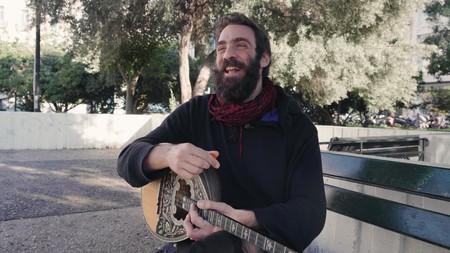 The main instruments used for rebetiko are the bouzouki, baglamas and guitar | © Phoebe Fronista and Philippos Vardakas

Rebetiko’s core instruments are the bouzouki, baglamas (small lute) and guitar, which you could pick up and run with if the authorities suddenly raided your dive; the police could break your hookah, but you could take your instruments to safety, unlike, say, a dulcimer or a piano. In the song “Last Night in our Tekes (hash den) [Extes to Vrady ston Teke Mas]” from 1934, for example, a police raid for hashish results in broken instruments.

“From its birth, they (the authorities) chased it. They had linked it with hashish and they went after rebetiko and the bouzouki. You rarely heard it on records, as few people had gramophones, and only in certain places, in koutoukia (underground tavernas),” says Stratos.

But it wasn’t all about drugs and crime; the most popular songs were about unrequited love. “You are plump like a loaf of bread, whoever sees you is overcome with longing,” crooned the so-called patriarch of rebetiko, Markos Vamvakaris, a self-taught virtuoso from the island of Syros, who learned the bouzouki in mere months from refugees in Piraeus and wrote dozens of songs that are still played to this day. 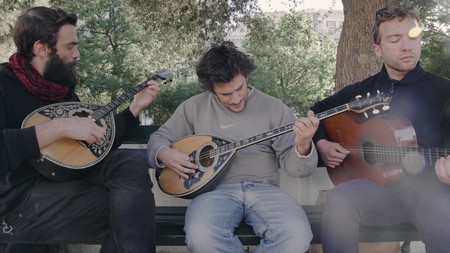 In 1936, Greece’s then-dictator Ioannis Metaxas outlawed rebetiko music, sending it even further underground. But after the Greek Civil War ended in 1949, rebetiko began gaining popularity in the mainstream, reaching its heyday in the 1950s.

Since then, rebetiko’s prevalence has waxed and waned, but it has proved a resilient music that continues to be performed and enjoyed on stages big and small across the country.

Its most recent revival is taking place now, as many young Greeks, possibly as a result of the crippling debt crisis that began in 2010, are looking to their roots and rediscovering traditional instruments and folk music. Now, there are many young people forming bands or just taking lessons to learn how to play traditional Greek and Middle Eastern instruments, like the santur, oud or qanun. 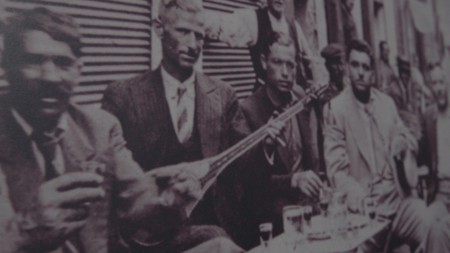 Stratos’s son, Christos, grew up listening to his father play rebetiko in a band Opisthodromiki Kompania in the 1980s and is now a rebetiko musician himself. He loves living in downtown Athens and playing rebetiko music in his koutouki, Feidiou 2, as well as with his friends in their houses or on public squares.

He arrives for his interview on an electric unicycle with his bouzouki slung over his shoulder, bleary-eyed from his night of jamming until dawn in a square near his house.

“Rebetiko, to me, is a very real music and a heavy one at the same time… The more you listen to it, the deeper you get into it,” says Christos, plucking the strings of his bouzouki. “I think the reason young people have got back into it is because it is a music with substance, and that’s why it keeps coming back… its 100-year history proves it,” he adds. 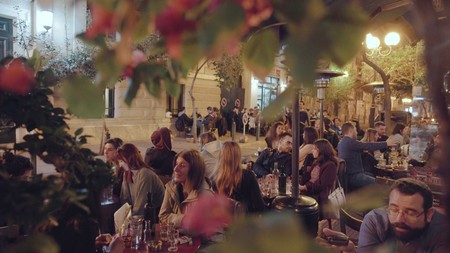 And the young people that flock to his koutouki seem to prove that the Aegean blues are here to stay – the sadder the singers’ “Aman-aman” laments, the bigger the whoops from the appreciative crowd, many of whom get up and dance to their favourite songs, seemingly connecting with the decades-old lyrics as if they were written today. “Looking at it from the outside, it brings me such joy to see people dancing inside, outside, people singing and playing music, and that this happens so often! We celebrate often here – I don’t know what, but we celebrate,” says Christos with delight.

If you find yourself in Athens with a hankering for rebetiko and can’t get a table at Feidiou 2, there’s no shortage of other options to explore in Athens – but always check ahead of time to see if a scheduled live performance is, in fact, happening: 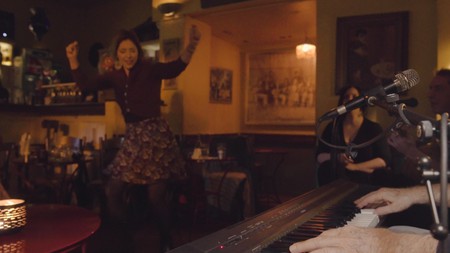 Mezedopolio Gi (The Earth) is a favourite student haunt with rickety furniture, tapas and live rebetiko music twice a week. Here there’s no stage or microphones, with the musicians just sitting and playing around one of the tables.

Klimataria (The Vines) is a historic taverna in the Psyrri neighbourhood, first opening in 1927. Apart from the live music that takes place from Thursday to Sunday, Klimataria is known for its home cooking – the kind of thing you’d expect your Greek grandmother to cook for you.

To Peran offers a more upscale experience. This live restaurant features food from Anatolia and a stage of rotating bands that play everything from rebetiko to more mainstream Greek folk music.

Angelos is a late-night meze spot in the Exarchia district that opens at 10pm and often has music until the early hours of the morning. 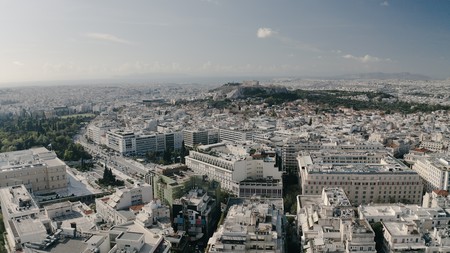