The Most Picturesque Villages to Visit in Epirus, Greece 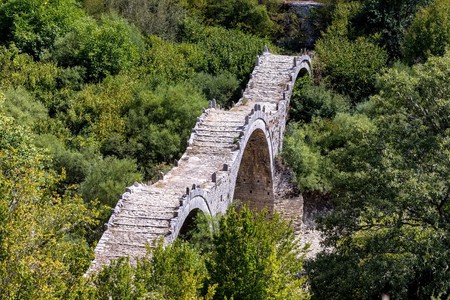 Tucked aside in the northwestern corner of Greece, Epirus is a mountainous region famous for its rough beauty, traditional villages, impressive mountains and dense forests. A haven for nature lovers and hikers alike, it features several villages and towns still blessed with a traditional charm, relaxed squares and picture-perfect houses. Here are the most picturesque villages and towns to visit in Epirus.

Located near the Albanian border, built on the slope of Mount Tymfi at 630 metres of altitude, Konitsa is part of the northern Zagori region. Dominated by traditional architecture, it has cobbled streets, stone buildings, picturesque churches and monasteries and old mansions dating back to the Turkish occupation. Its surroundings are dotted with traditional Epirotic bridges, crossing over the Aoos river, which completes the scenery of this idyllic village. 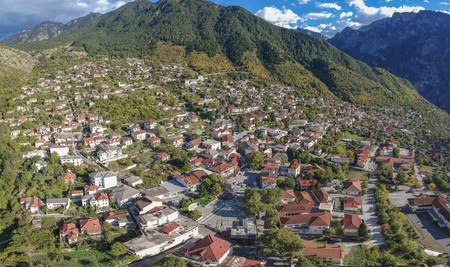 Part of central Zagori, Monodendri sits at an altitude of 1,060 metres, lost in the mountains. Established in 1753, it is one of the most popular villages in the region, due to its proximity to the Vikos Gorge, a spectacular canyon that attracts many visitors each year. You will have a lovely time strolling around the village, admiring its two-storey houses, small schools and churches. For a spiritual enlightenment, take the time to visit the deserted monastery of Agia Paraskevi, dating back to 1412, which provides impressive vistas of the village. 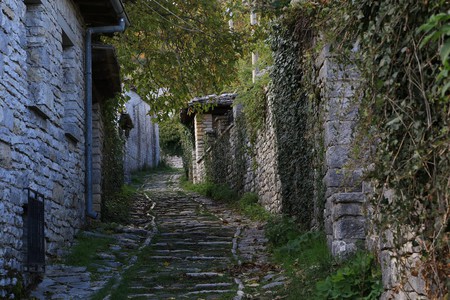 Perched at 1,000 metres above sea level on one of the slopes of the Pindus Mountain range, Metsovo is located at the crossroads of Epirus, Western Macedonia and Thessaly. Amphitheatrically built across the slope, Metsovo is a popular destination, as it has perfectly retained its character and traditions over the years. While you explore the village, you will revel in the beauty of its traditional stone and wooden houses and its mountains views. The church of Agia Paraskevi, located on the main square, is particularly worth a visit, but make sure to stop at one of the many cafes surrounding the square to do some people watching. 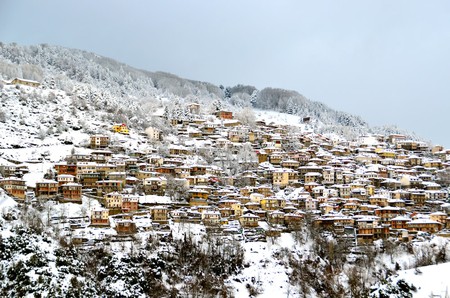 Metsovo in the winter | © Kostas Gr/Shutterstock

Located in the Thesprotia region, in Epirus, Paramythia was built in 1,000 B.C. and lies at an altitude of 750 metres above sea level, nestled between the Kalamas and Acheron rivers. It may not be featured in most travel guides, but Paramythia still has this old-time charm that makes it stand out. Wander its narrow streets to discover traditional buildings covered in red-tiled roofs, Byzantine baths and visit the Paramythia before taking a refreshing break at the main square under the shade of a plane tree. You can also opt for an invigorating walk in the surrounding forests for a breath of fresh air. 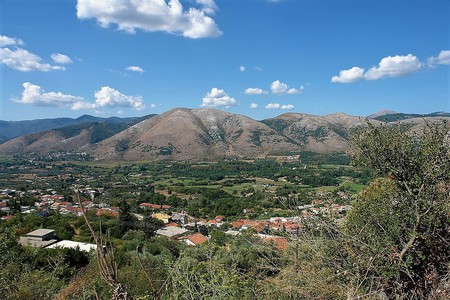 View of Paramythia from the castle | © Evilemperorzorg/WikiCommons

Syvota, also spelled Sivota, is a small town on the coastline. Gaining popularity thanks to its tranquil beaches surrounded by lush greenery, Syvota is a mostly quiet resort. Have a stroll along the waterfront lined with cafes and restaurants or get dreamy at the sight of the fishing boats and yachts anchored at the little marina. The perfect outpost to explore the Ionian coast, Syvota is surrounded by secluded bays and coves from where you can enjoy relaxing sunbathing sessions with a cup of frapé in your hand. 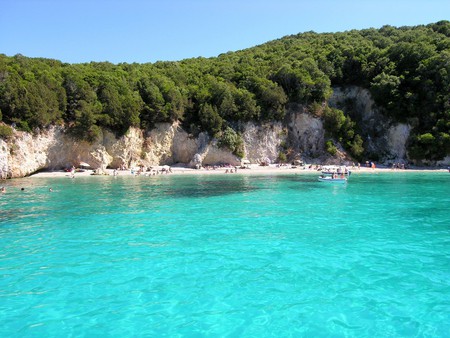 One of the beaches near Syvota | © Wondergreece/Flickr

Located at the mouth of the Ambracian Gulf, Preveza will give you some island flair without having to embark on a ferry. Tucked between the Ionian Sea and the Ambracian Gulf (Amvrakikos in Greek), this little provincial town will charm any visitor with its marina, its adorable waterfront and its pedestrian old town, bordered with stylish boutiques, charming cafes and quaint tavernas. For those passionate about history, the nearby ancient city of Nicopolis awaits. And for those looking to soak up some vitamin D, you will be happy to know that Preveza is connected to Parga through 60 kilometres of beaches along the way. Once you see one that you like, park your car and you’re good to go! 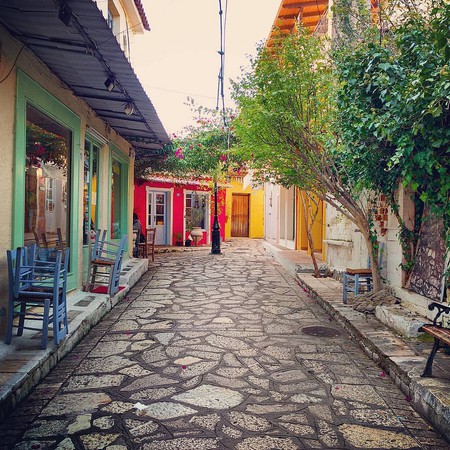 Built amphitheatrically on the slopes of a mountain, Parga is a picturesque resort that combines the views of the mountain with the sea. Boasting traditional architecture with paved streets, stunning churches, monasteries and a whole range of boutiques, shops and eateries, Parga is also home to a medieval castle built on the northern side of the port. From here, you will get to enjoy fantastic views over the bay and watch the sunset over the water. But Parga’s highlight is undeniably its many nearby beaches, which will suit all tastes and ages. 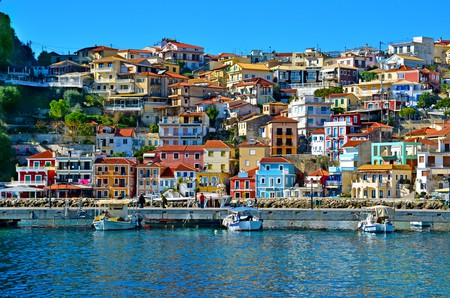 Undoubtedly one of the most atmospheric cities in this corner of the country, Ioannina is set on the shore of Lake Pamvotida. Framed by an imposing mountain range, Ioannina is definitely more of a city than a village but it certainly deserves a mention here. Travel back in time by exploring the old quarter, wander around Kastro, visit the vestige of the Turkish past or take a relaxing walk by the lake. For entertainment, the many lively bars and cafes in the city will give you a run for your money. 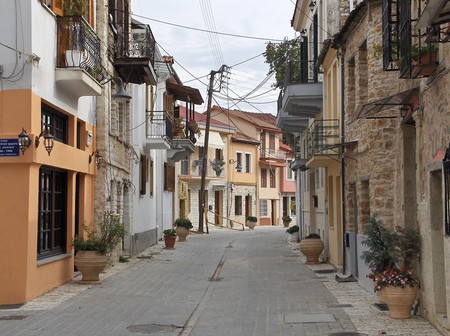