The Company Starting a Sustainable Food Revolution in Greece 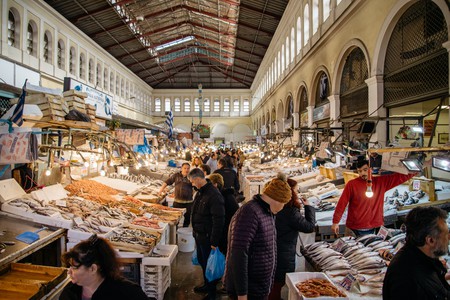 As the effects of climate change become more evident, the need to offer an alternative vision for how we consume and live on the planet is more pressing than ever. Culture Trip explores how one Greek company is seeking to revolutionise the sustainable food practices of a nation.

In Athens, one company seeking to make a positive change to the impact we have on the planet is the Sustainable Food Movement. Founded by Vee Bougani in 2017, the new company has identified ongoing problems with food waste.

The problems of excessive food waste are not only to do with local patterns but also the way that increased tourism to Greece is shaping production. In 2017, that number was 22.5 million, and it is expected to rise this year. While the importance of tourism in Greece is undeniable, especially given the ongoing impact of the crisis on the economy, the need for tourism to happen in a sustainable and positive way is also crucial.

Re-activating the appreciation for traditional techniques and consumption habits is a huge challenge, and the company is adopting a wide range of measures to kick-start change. As Vee also notes, ‘Other European countries have managed to educate their citizens on recycling, circular economy and provided an updated waste management solution. In Greece, we are still trying to accept that we need to wash all the packaging before recycling it. People have to be educated all the time.’ 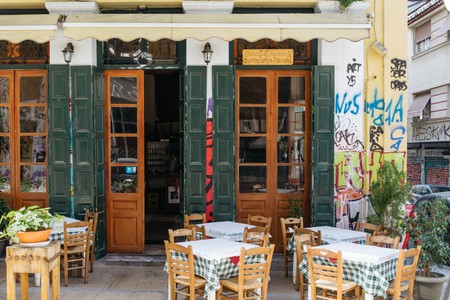 Sustainable Food Movement’s mission is notable. There are few other organisations in Greece offering the same approach. ‘Nobody is talking about sustainable development, sustainable ways of farming, living and consuming. So, we came up with the idea to create awareness around sustainability and to avoid food loss.’ Vee adds that NGOs which target food waste typically do so with a view to combatting poverty in Greece. The approach, while crucial, is short-term. It tackles the immediate and pressing problem without offering a new vision.

It’s true that for a country so rich in natural resources, Greece has been slow to adapt a dynamic environmental model. Last year, France was named the best for sustainability in Europe. The country was the first to introduce legislation on its food waste-to-food production ratio, stating that food waste should only number 1.8% of production each year. France’s ambitious targets mean the country is aiming to cut food waste in half by 2025. Alongside food waste, Greece’s slow approach to solar energy has also proved bemusing to some. While Saudi Arabia has recently announced plans to start the largest solar power park in the world, creating 100,000 new jobs in the process, Greece is only just welcoming initiatives.

Another area the Sustainable Food Movement wishes to make an impact on is the way that Greek chefs fit in the international market. ‘We have many exceptional chefs,’ Vee explains. ‘However, they can’t get out of the country and compete with other worldwide chefs because Greek chefs are not sustainable. We want to educate and train them. And we’re willing to host in Greece foreign chefs who we consider of leading examples in what we preach so that they’ll [the Greek chefs] get motivated to get out of their comfort zone, and they’ll create a new relationship with farmers, producers and the food as well.’

The Sustainable Food Project comes at a crucial time. The United Nations’ Sustainable Development Goals stated that the world’s global food losses and food waste must be reduced by 50% within 12 years. In 2018, Greece will seek to become autonomous again after over a decade of austerity measures. Such timing offers the opportunity for Greece to establish herself as a sustainable leader on the world stage. A re-imagined narrative of this kind would not only render the country in a more dynamic light but also provide an opportunity for a robust economic approach.