The Best Things to Do in Astypalaia, Greece 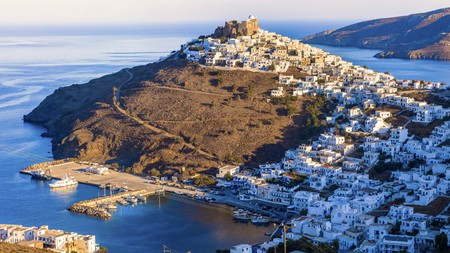 Though quieter than its distant neighbours, which include Kos and Amorgos, the Greek island of Astypalaia is still packed with secluded beaches, coastal villages, striking churches and museums to fill your time. Here’s our pick of things to do on the island.

Though Astypalaia is a little more secluded than other Greek islands, such as Santorini and Mykonos – OK, a lot more secluded, at an hour-long boat ride from the nearest islands and with a population of about 1,300 people – there’s no shortage of things to do. So, tie your hair up against the winds, and don’t forget to grab some squid grilled in lemon and butter, plus some fresh, herby cheese while you’re here. 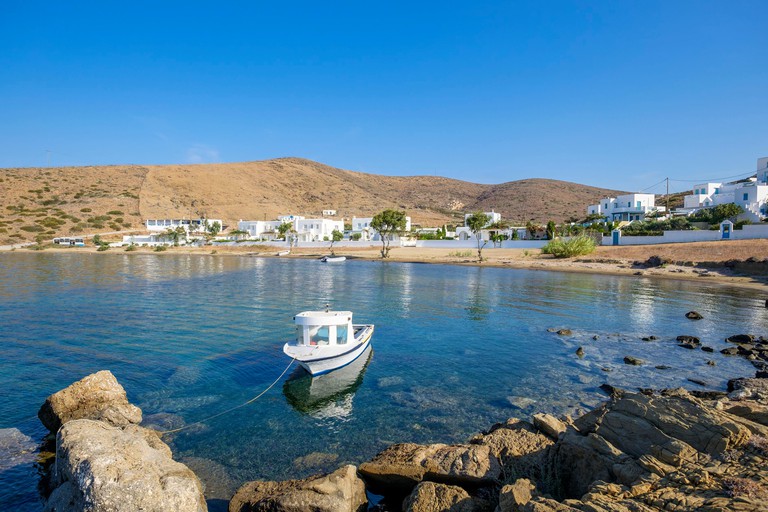 “When it is windy, run to the Blue Harbour!” That’s what locals say about this tiny, secluded beach, bordered on three sides by craggy rocks that block the gusts and frame the perfect view out to sea. About 300m (985ft) from the harbour in Maltezana, you’ll find a dirt road that will take you on a short climb uphill until you emerge onto the beach. Get here early to claim a coveted spot, especially during the summer. 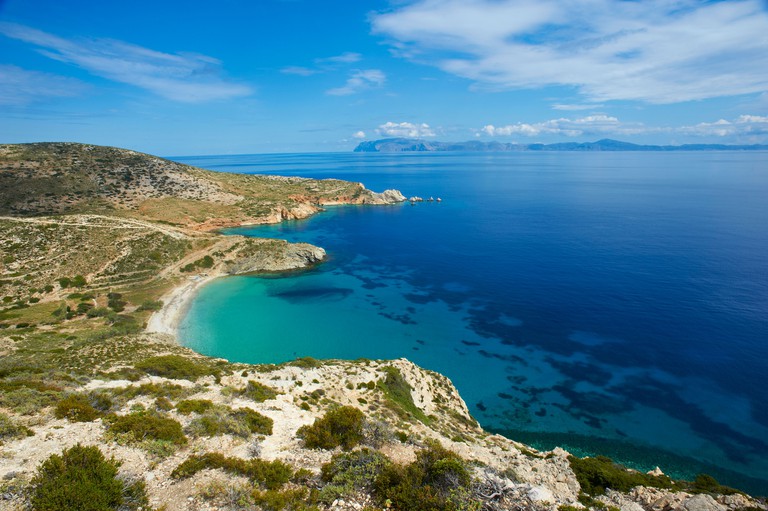 Another Grecian beach of your dreams, Livadi’s standout feature is the little coastal village it’s surrounded by, 2km (1mi) south of Astypalaia’s capital, Chora. Orchards are clustered throughout the valley, providing tangerines, pomegranates, lemons and, of course, grapes for wine. Traditional taverns close to the shore are a great pit stop for a cold drink and the catch of the day.

Our Lady of the Castle 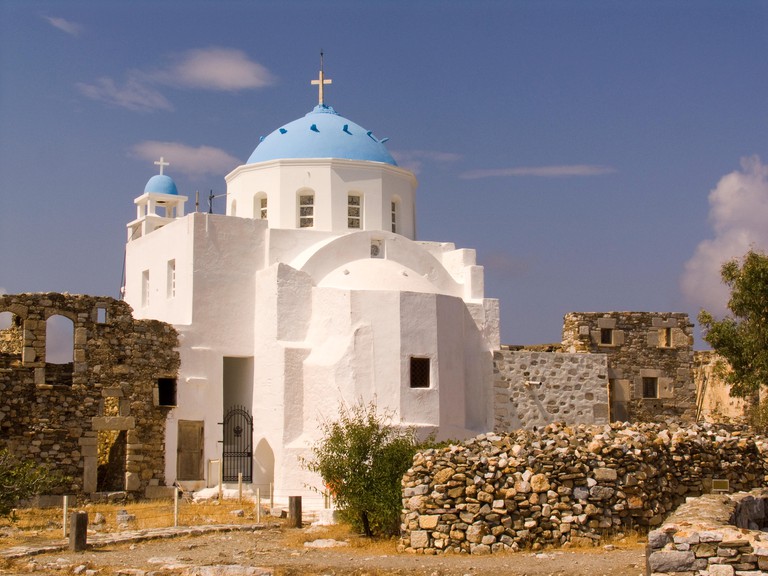 A stunning white facade capped with a cerulean dome and stark against the surrounding rocky ruins, the Panagia tou Kastrou (Our Lady of the Castle) church speaks to the city’s deep-rooted religious and political history. It’s one of two churches that are part of the Castle of Astypalaia, which originally dates from the 13th century and is a perfect place to watch the sunset from a panoramic viewpoint. 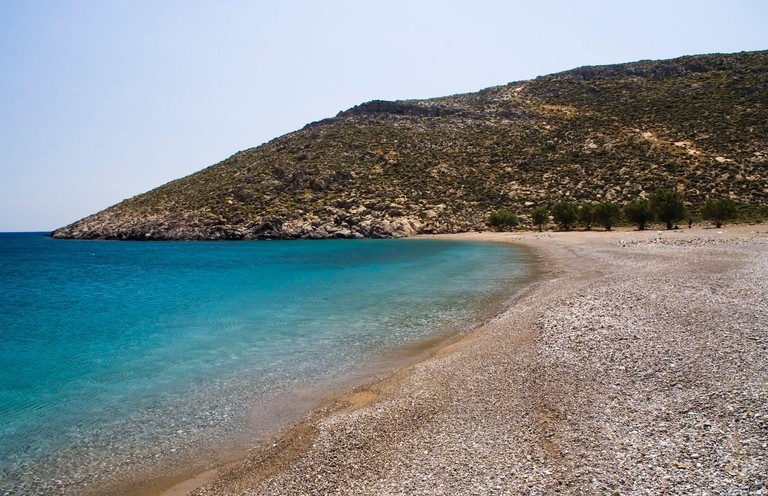 Called the best beach on the island by many travellers and residents, Kaminakia is all turquoise water and white pebbles on the south side of the island. Enjoy the drive – to get there, traverse a winding dirt road through red dust that looks like something from another planet, which will make you appreciate the cool water all the more.

The Archaeological Museum of Astypalaia is the only museum on the island and contains a wide range of treasures, including clay vases, jewellery and ancient tools, dating from the prehistoric period to Medieval times. There’s also a column from the third century BCE inscribed with a sacred law. Check the local calendar for free admission days – children under 19, students from the European Union and journalists get in free all the time.

This castle in Chora, the island’s capital, is a sight to behold from anywhere in the city. It sits on the largest hill, and its rocky outer walls stand out against the white houses all around it. First constructed in the early 1200s by a Venetian family and renovated extensively a century later, the Castle of Astypalaia has seen power struggles between Byzantine and Turk rulers as well. Look closely at the walls to find the stone memorial tablets throughout.

This church was built in the 18th century by Anthimos, a Greek monk, and remains the most important Orthodox pilgrimage site on the island. The icon of Portaitissa, or the Guardian, is kept in it. Find it at the foot of the Castle of Astypalaia, and don’t miss the ornate three-storey steeple that sticks out above the fray, plus the strong Russian influence of the architecture.

This beach is just past Livadi. Make the 15-minute trek in the heat to skip some of the crowds and find a more secluded spot. Tzanaki Beach comprises four beaches separated by large rocks, but it’s easy to swim between them. And it’s relatively private for a reason; since it’s not visible from the main road, it’s frequented by nudists. However, everyone is welcome.

To explore more of Greece, check out the best hotels in Skyros and the best hotels in Zakynthos. These are bookable with Culture Trip. During your stay, explore the top things to see and do in Santorini, and relax on the most beautiful beaches in Corfu. Make sure you also book a table at one of the best restaurants in Corfu to sample some delicious Greek dishes.