The Best Road Trips in Greece You Need to Take 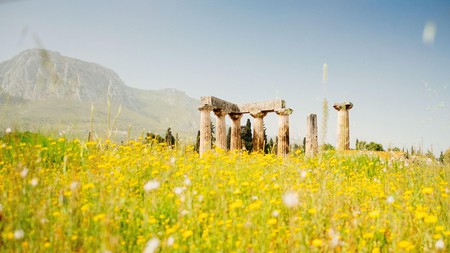 Archaeological sites, such as this one in Corinth, prove there is much to Greece beyond its beaches | © Arvind Roy / Alamy Stock Photo

Mountain villages, ancient sights, natural parks, vineyards and tavernas – there’s so much more to Greece than its beaches. So jump in the car and hit the road whether you’re in Athens, Thessaloniki or on the island of Crete. Lazy lunches and plenty of sea stops beckon with our guide to Greece’s road-trip potential. 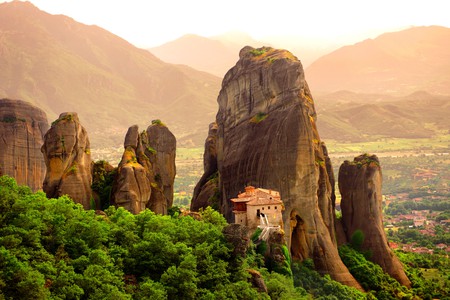 Head away from the coastline and explore central Greece, with this scenic drive from the Greek capital to the Unesco World Heritage site of Meteora about 355km (220mi) northwest. Spectacular Meteora is the largest archaeological site in Greece in terms of the area it covers, and is home to six cliffside monasteries near the Pindus Mountains. Stop for lunch in Lamia on the way or take a detour to the ancient sanctuary of Delphi before continuing to Meteora. The first monastery was established in the 14th century, and only six of the initial 24 are still active today, teetering on narrow stone pillars and overlooking the vast green valley below.

City slickers will love this easy 500km (310mi) route between the capital and the country’s second city. Wind inland towards Lamia, then stop for a night in the thriving city of Larissa on the banks of the Pinios River. Head on towards the coast by Mount Olympus, popping into the Museum of Royal Tombs of Aigai-Vergina on the way. In Thessaloniki, stroll the seafront parade, marvel at the Byzantine churches and be prepared to eat: the city is famous for its fantastic meze bars and bougatsa, a delicious custard-filled filo pastry.

Just a three-hour journey east along the coast, this drive offers sea views, historic pit stops and some blissful beaches worth pulling up at. Try stopping in picturesque Serres or Kavala on the way. Alexandroupoli itself connects Europe to Asia, a seaside city close to the Turkish border and an important commercial hub. Nature lovers will be awed by the nearby expansive wetlands of the Evros Delta and the untamed wilderness of Dadia National Park, but the city itself is worth exploring for its waterfront charm and museums. 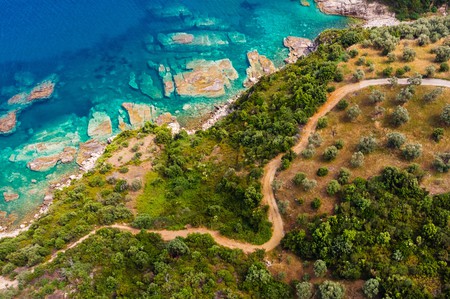 You could fly this route instead, but there’s so much to see along the 290km (180mi) that it would be a shame to just soar over it all. Stop for a snap of mighty Mount Olympus, then fill up on traditional souvlaki (meat or vegetables on skewers) in Larissa before spending the night in the seaside town of Volos with its thriving seafront, mythical history and bustling seafood restaurants. The next day, jump on the ferry to stunning Skiathos to take your pick of hidden coves, pine-clad hills and dazzling white beaches.

No need to spend a week in Greece stuck in a sun lounger. Seven days is the perfect length of time to discover the wonders of the Peloponnese, a peninsula at the very southern tip of the country. Base yourself in Nafplio and travel to the ancient cities of Mystra and Sparta, taking in Venetian fortresses, snow-dusted mountains, jaw-dropping gorges and postcard-perfect beaches lapped by bath-clear waters. Squeeze in some wine tasting, too: the vineyards here are some of the best in Greece.

Athens to Thessaloniki through Delphi and Ioannina 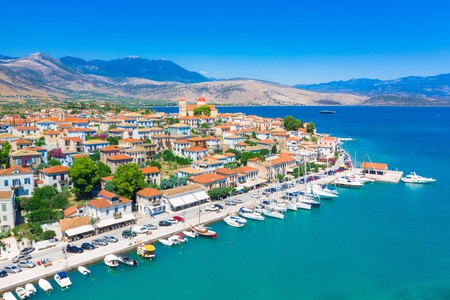 When time’s on your side, this is a great way to see some of the mainland’s must-visit sights. Leave Athens and head towards Delphi, where heaven and earth once met. Wander the ancient ruins of temples, theatres and stadiums, then head to the pretty nearby seaside town of Galaxidi for seafood dinners overlooking the harbour. Drive on for a traditional taverna lunch in Amfilochia, before spending a night or two in Ioannina, a bewitching city on idyllic Lake Pamvotida overlooked by mountains. When you can tear yourself away, head to the Zagorochoria region with its stone bridges and traditional villages before returning to Ioannina on the way to Thessaloniki.

Take a 10-day road trip back in time with this route via some of the Greek mainland’s most extraordinary ancient sites. Head to the ancient city of Corinth, close to the remarkable Theatre of Epidaurus, then tour the sites of Mycenae including the Citadel and the Tomb of Agamemnon. Continue on to Olympia where you can visit the home of the Olympic Games at the Ancient Stadium and the Archaeological Museum. Afterwards, your road trip will take you to Delphi, Meteora and Kastoria, a Byzantine city with over 70 churches. Your journey continues to the birdwatcher’s paradise at Prespa lakes, 800m (2,625ft) above sea level, through Thessaloniki to Veroia at the foot of the Macedonian hills. Finally, pass the iconic Mount Olympus on the way to Portaria and Volos before finishing back in Athens.

While most people make a beeline to the beach on Crete, tourists in the know hire a care to make the most of this beautiful island. Expect sleepy hillside villages, secluded coves, sky-scraping mountains and even Europe’s longest gorge, plus some of the best food in Greece. From Heraklion, travel to the ancient Minoan Palace of Knossos before continuing on to Rethymo and Crete’s second city, Chania. Stay in Chania to spend one day on the picturesque Elafonissi Beach and another at the Samariá Gorge before exploring the Dikteon Cave, Lassithi Plateau and the Koudouma Monastery on the eastern part of the island. End at Agios Nikolaos and Elounda, for waterfront tavernas, vanilla sand beaches or a trip to former leper colony Spinalonga.