Mykonos or Santorini: Which Island Is For You? 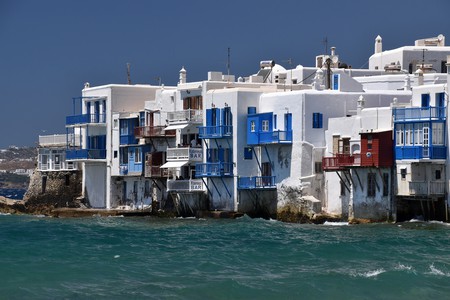 A simple search through Flickr or Instagram will quickly prove that Mykonos and Santorini are two of the most extensively photographed islands on the planet. Both stunning and beautiful in their own right – with their sun-bleached houses, azure blue church domes, and magnificent beaches with crystal-clear waters – each one offers a similar island experience yet with different advantages. To help you decide on where to go, we distinguish their main characteristics here so you know what to expect.

As Santorini is a volcanic island, you won’t find kilometer-long beaches with pristine white sand. While the Red Beach with its volcanic sand or the black-sand Perissa beach may be strong contenders that both offer a unique beach experience, the gold sand beaches with turquoise waters in Mykonos definitely win this one. 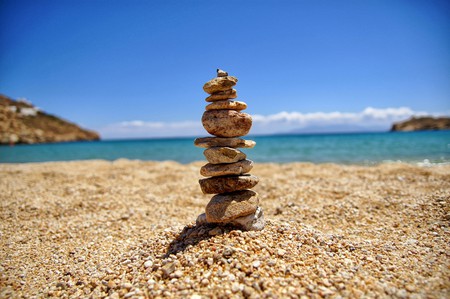 Mykonos is world-renowned for its beaches and nightlife, so it’s no surprise that celebrities and jet-setters are attracted to the island. As such, the offer for shopping is vast and Mykonos is home to plenty of high-end boutiques, including Louis Vuitton, Gucci and other prominent labels. Santorini is more on the low-key side and also offers an excellent shopping experience, albeit more on the independent side of things with artisanal craft stores and locally-owned boutiques. 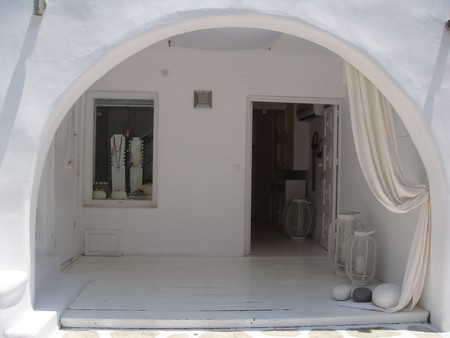 Sunsets are beautiful anywhere in the world and although Mykonos has plenty of idyllic settings to watch it from, Santorini is the place to go. Oia, perched on the caldera is the favored spot where visitors flock in droves to watch the sun sink into the sea. Go early if you want to enjoy the vantage point as it is a well-appreciated spot by both tourists and locals. 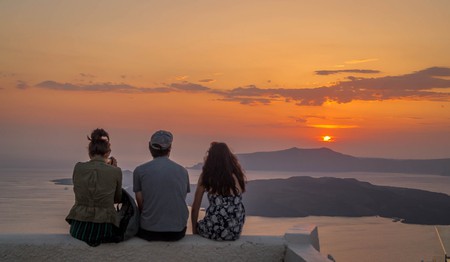 This one is easy. For parties and nightlife, you want to go to Mykonos. The island boasts a plethora of clubs and bars fit for all tastes, and some host daytime parties which last until the wee hours of the morning. Meanwhile in Santorini, a couple of bars in Fira (Thira) are worth visiting, and clubs are nonexistent. To put it simply, there is rarely something happening after midnight. 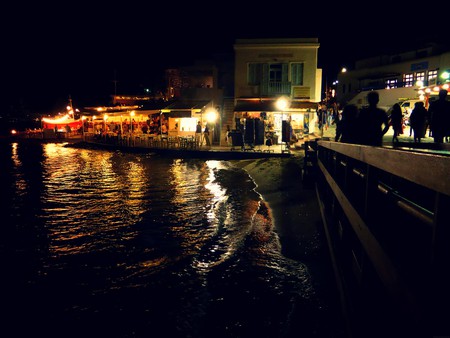 In terms of scenery, Santorini, with its cliff-top villages overlooking the caldera, its sunsets and unique beaches, is top of the list. But Mykonos, with its picturesque main town featuring a maze of small streets and the colorful Little Venice, quaint windmills, and majestic beaches easily rival Santorini – so with this one it’s a bit of a win-win no matter which one you choose. 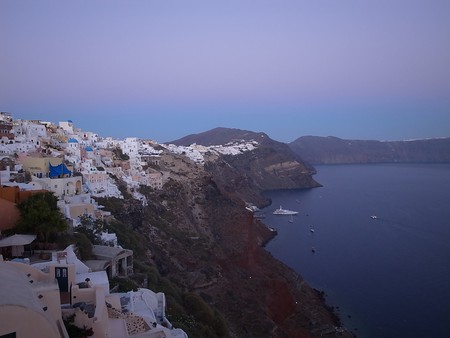 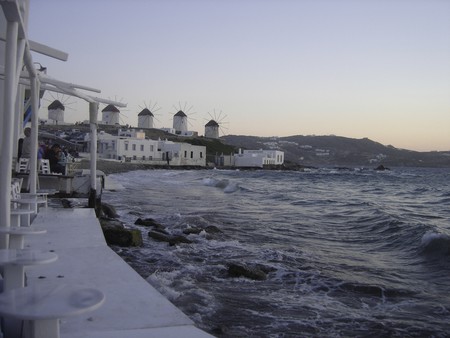 On the one hand, Santorini shines with its own Pompeii. The ancient city of Akrotiri, which dates from the 4th millennium B.C. and was destroyed by a volcanic eruption, or the ancient city of Thira will fascinate history buffs. A wine-tasting session is also a must while visiting the island, as well as a boat tour of the caldera to the small islet of Thirassia where you can watch smoke fumes rise from the volcano. On the other hand, you have Mykonos, the party island – but it is much more than that. What it may lack in sightseeing (although we believe the picturesque small Cycladic villages, the Rarity Gallery and the Archeologic Museum are definitely worth visiting), it compensates remarkably with the neighboring island of Delos, a simple boat ride away. Probably one of the most important archaeological, mythological and historical islands of Greece, Delos is an open-air museum (don’t skip the sunblock and hat) that you can explore in its entirety. The experience is simply breathtaking. 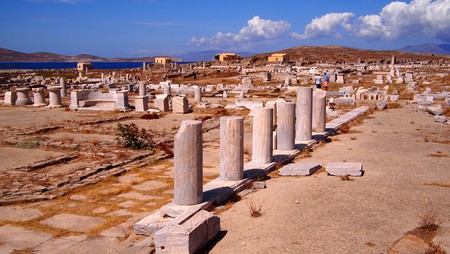 For an off-season escape

If you happen to be visiting the Cyclades outside summer, you should know that both islands are very quiet in winter. In both places, many hotels, beach towns, restaurants and bars are closed. However, Santorini is never as quiet as Mykonos. And since beaches are not the reason you go to Santorini, there are plenty of things to do, even in the off-season. 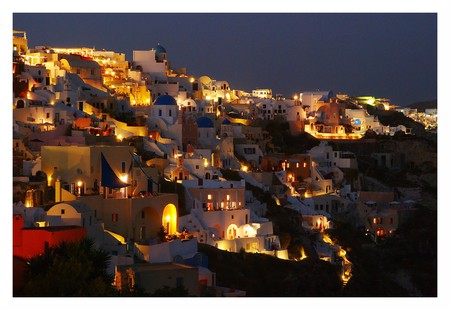 This is another no-brainer: Santorini wins hands-down, which is not surprising as it is a very common honeymoon destination. Strolling hand in hand while admiring the scenic views over the caldera, enjoying a wine-tasting session in one of the island’s vineyards or simply lolling around a lovely boutique hotel in one of the island’s picturesque villages (even better if you are staying on the caldera), what’s not to love? On the other hand, if you’re both party animals or prefer a dynamic drinking and eating scene, you may be surprised but Mykonos might actually suit you better. 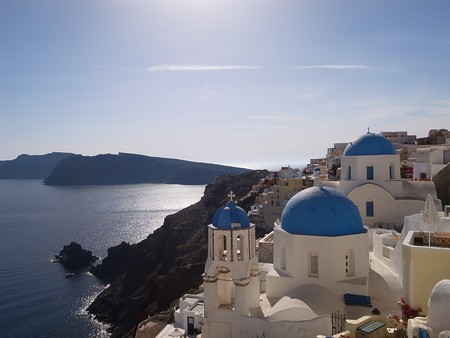 If after all this you still cannot decide where to go, there is only one option: visit both! You won’t regret it.