Everything You Need to Know About Chloé's 'Nomade' Star Ariane Labed 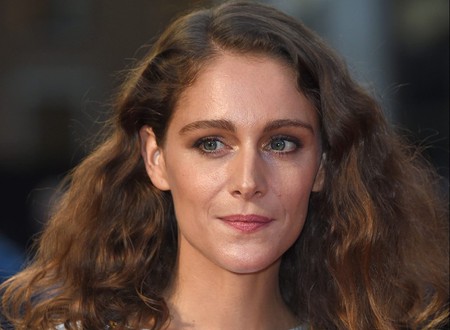 Paris Fashion Week couldn’t get enough of Ariane Labed, the face of Chloé’s new perfume Nomade. Culture Trip brings you everything you need to know about one of fashion’s most favoured faces.

She was born in Athens

Although raised between Germany and France, Ariane Labed was born in Athens on May 8, 1984. Her parents were French, and both actors.

While now famous for her acting career, Ariane Labed originally trained as a dancer for ten years, before going on to study theatre at the University of Provence. Though she now works mainly as an actress, Labed’s extensive dance background has been put to use in memorable scenes throughout her acting career. In particular, the moment when she dances in the woods as The Maid in The Lobster, but also during Alps.

She is married to a famous Greek director

In an interview Ariane Labed said that her parents were ‘in love’ with Greece, which is why she was born in Athens. Perhaps it makes sense then that Labed has continued the love affair through her marriage to iconic filmmaker Yiorgos Lanthimos. The actress has starred in two of his films, The Lobster and Alps, and the pair are frequently spotted together in Athens.

She began her acting career in 2010

Ariane Labed began acting in 2010 and to date has starred in films including Assassin’s Creed, Fidelio: Alice’s Journey and Before Midnight. Alongside these roles, Labed also co-founded the theatre group Vasistas in Athens. The group tours internationally and has put on productions such as ‘Bloods’ by Yiorgos Lamithos’ co-writer Efthimis Filippou, and a new version of The Divine Comedy, which ran at the Onassis Cultural Centre in Athens last year.

She was awarded Best Actress at Venice Film Festival

Almost as soon as she started working in cinema, Ariane Labed received critical acclaim for her role in Attenburg. The film, which Quentin Tarantino is reported to have said “showed the other side of Greece” told the story of a 23-year old, Maria, who is disgusted by men and has a dying father. Labed played the main role and most notably was awarded the Coppa Volpi at the Venice Film Festival for her performance.

One of the most recent signs of success for Ariane Labed is that she has been made the face of Chloé’s new perfume ‘Nomade’. “The woman depicted in this new campaign is free-spirited, strong and adventurous. She takes on the world, its beauty and is curious about everything it has to offer. In that sense she is very inspiring to me”, Ariane commented in a statement about starring in the new campaign. The new perfume from Chloé is designed to appeal to a millennial audience, alluding to the boom of the digital nomads and their hunger to experience and explore. With her European heritage, unique looks and multi-faceted career, Labed is surely set to become a poster girl for the nomad generation – in this latest campaign, and beyond.