11 Epic Places in Greece Every Local Is Proud Of

Parthenon, Acropolis , Athens,Greece © Anastasios71 / Shutterstock
With its wonderful array of historical sites and pretty scenery, Greece is without doubt a splendid country. If you need any further convincing that it’s a destination perfect for a visit, here are some epic places you can find in Greece that the locals know and cherish.

Historical Landmark
Amphitheater of the Acropolis of Athens. UNESCO World Hetiage site | © Anton_Ivanov/Shutterstock
Book Now
Located in the heart of Athens, the Acropolis hill is undeniably the most important site of the city. This major reference point of Ancient Greece is the city’s most recognizable monument of the country. Built in the 5th century BC, the Acropolis is, without a doubt, a vestige of the past that every Greek is proud of.
More Info
Open In Google Maps
Athens, 105 58, Greece
+302103214172
View menu
Visit website
Visit Facebook page
Send an Email
Give us feedback

Pronounced Ia, Oia is probably the most famous village of the island of Santorini. Known for its narrow streets, colorful houses and magnificent sunsets, it is located on top of the impressive caldera and offers fantastic views over the volcano. Located in the northern part of the island, Oia has many charming cafés, busy souvenir shops and delicious restaurants. 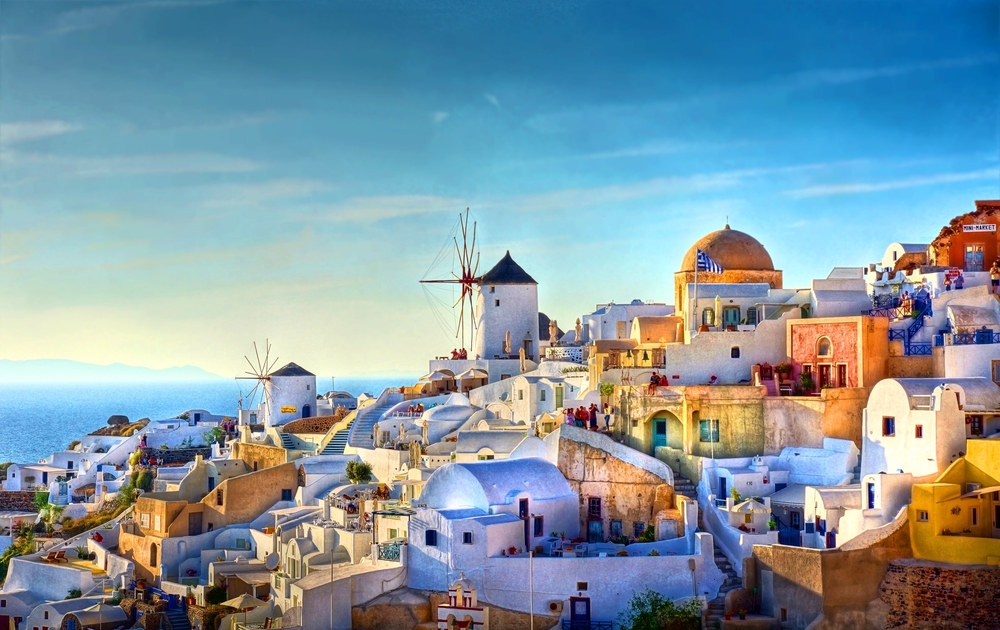 Located in the Thessaly plains, the unique and spectacular rocky outcrops of Meteora, on top of which are perched centuries-old monasteries, offers a magnificent sight to admire. Listed on the UNESCO World Heritage list, Meteora is a magical place in Greece. Out of the 24 monasteries it once had, only six are still in service and open to the public. 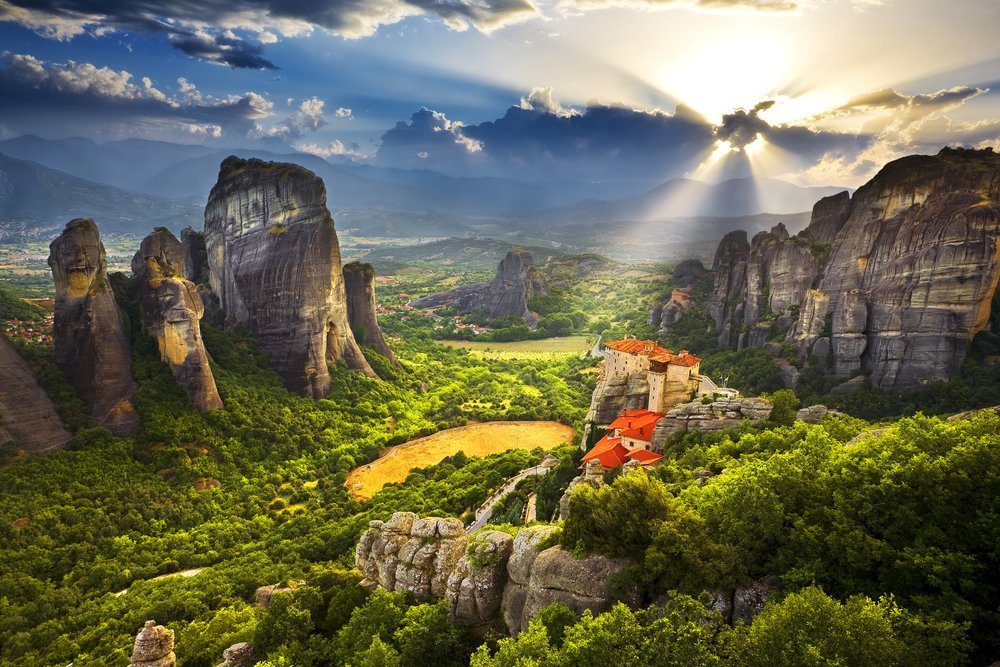 One of the most important attractions in Kefalonia, Myrtos beach is located 30 kilometes north of Argostoli. The semi-circular beach is surrounded by impressive cliffs and features white pebbles and crystal waters. One of the most photographed beaches in Greece, Myrtos has a small part that is totally unorganized, perfect for some isolation from the crowds. 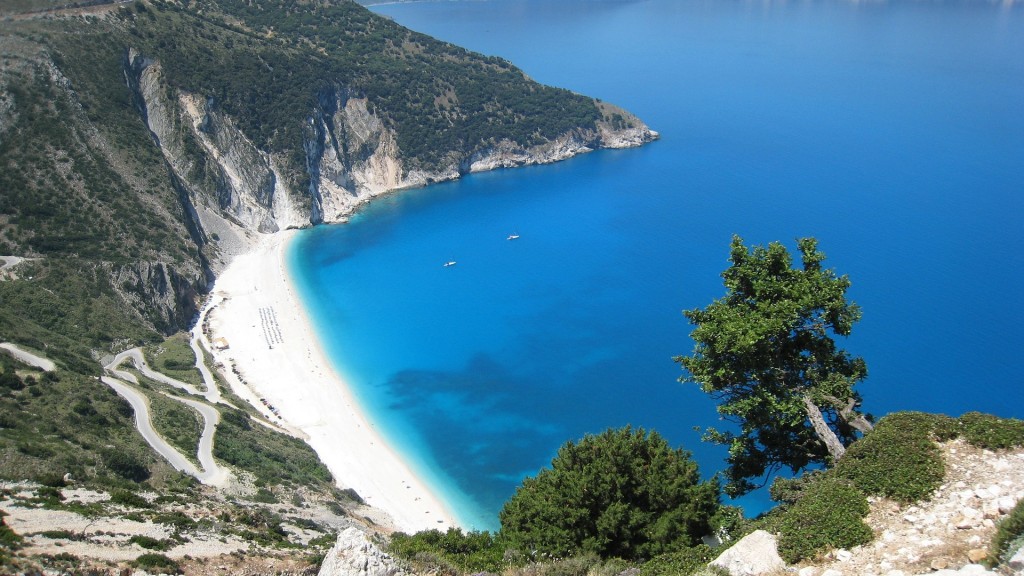 Archaeological site
According to Greek mythology, Delos was the birthplace of Apollo and Artemis | © Melvyn Longhurst / Alamy Stock Photo
Another UNESCO World Heritage site and mythical birthplace of twins Apollo and Artemis, Delos is a splendid open-air archaeological site, a few kilometers away from Mykonos. Filled with traces of the past, the island welcomes visitors and invites them to walk around and admire the long past glory of the Ancient Greek civilization.
More Info
Open In Google Maps
Delos, 846 00, Greece
View menu
Visit website
Visit Facebook page
Send an Email
Give us feedback

Less than two hours from Athens, Nafplio is a city often dubbed the most romantic of Greece. Nestled on a bay on the northeastern coast of the Peloponnese, the former capital of the modern Greek state boasts narrow streets, a waterfront promenade and beautiful neoclassical mansions. With little tavernas serving tasty food, little cafés and little hidden gems, the city of Nafplio is a beautiful destination for a quick getaway from Athens. 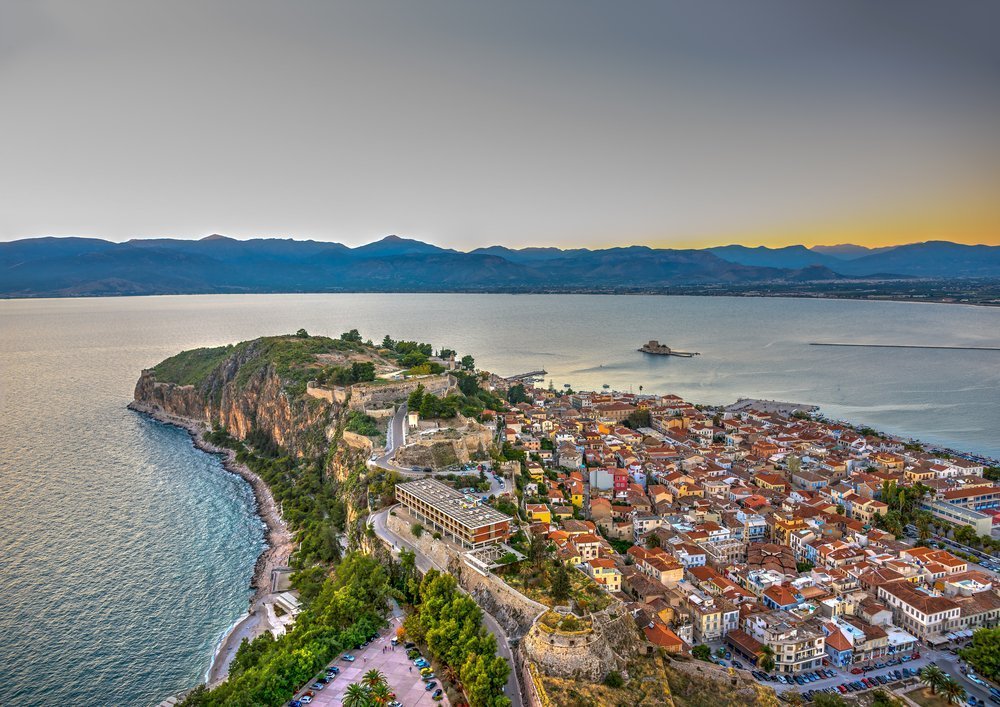 Set at the foot of Mount Parnassos, the Pan-Hellenic sanctuary of Delphi, home to the most famous oracle of ancient Greece peacefully waits for visitors. Considered the center of the world in ancient times, Delphi was the cultural and religious hub of the Hellenic civilization. 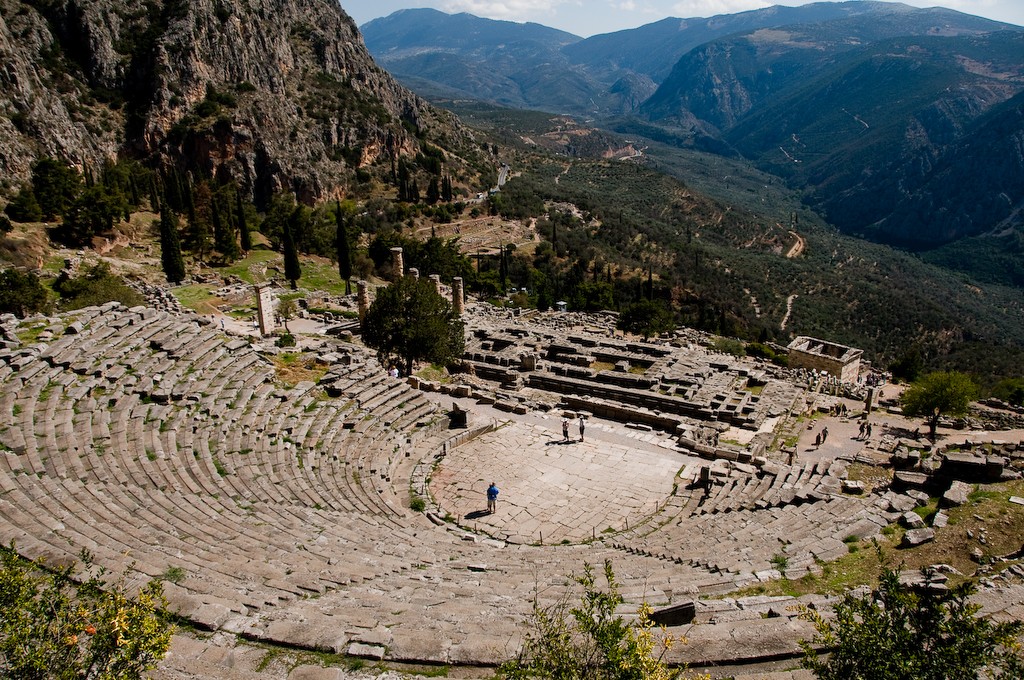 Located in Peloponnese, Olympia is the birthplace of the ancient Olympic Games. Held in honor of god Zeus, the games were held every four years and included a series of athletic competitions in which representatives from all the city-states competed. The site includes the ancient stadium, the temples of Zeus and Hera, the workshop of sculptor of Phideias and the gymnasium. 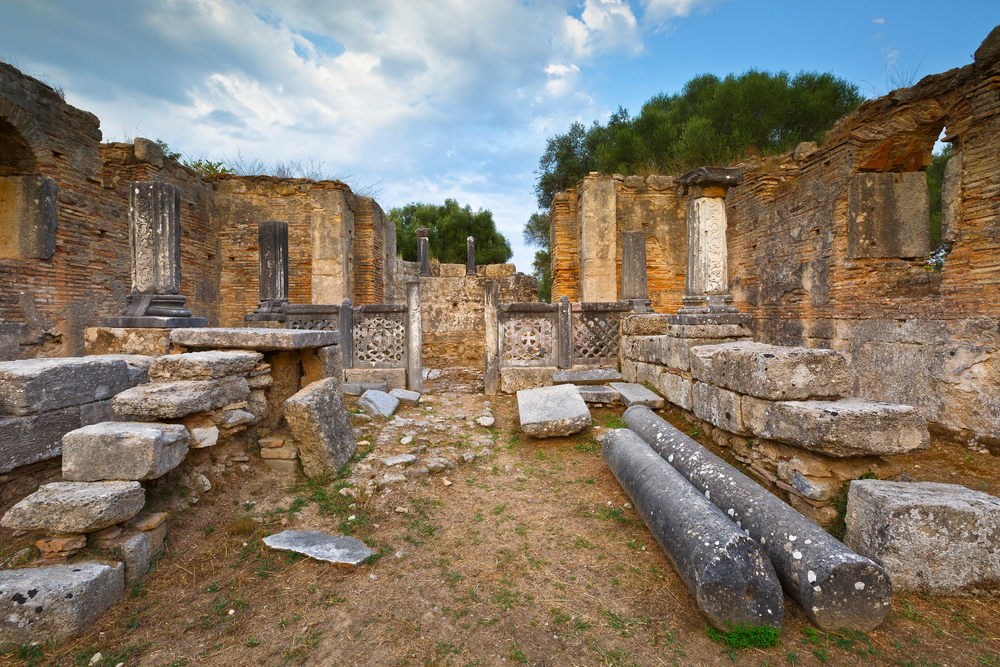 Navagio beach, also known as the Shipwreck beach, is located in the beautiful, verdant island of Zakynthos. Surrounded by high, steep cliffs, the beach is only reachable by boat. The white pebbly beach is famous for its wrecked ship that was stranded on it. Perfect for a day excursion, the beach ranks among the most photographed beaches of Greece. 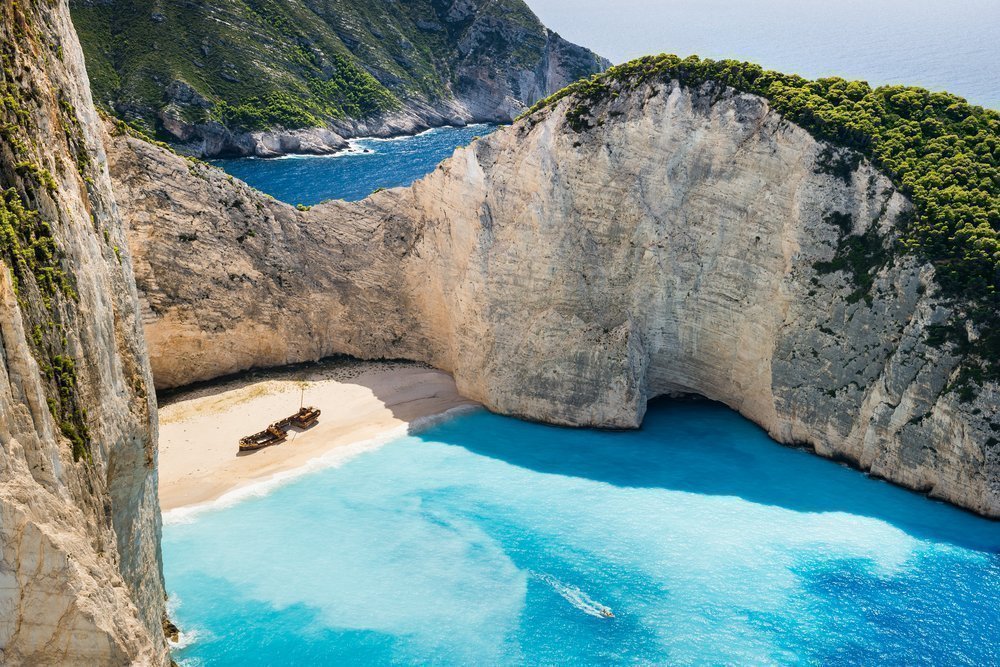 Founded in the sixth century, Monemvasia is a medieval town, located on a rock, in the southeastern part of Peloponnese. This little fortified town was built by the Byzantines and was invaded by the Crusaders, the Venetians, and the Turks in the past. It is a beautiful little town that boasts narrow cobbled streets, beautifully restored stone buildings and ruins of Byzantine structures. The rock is connected to the mainland through a causeway. 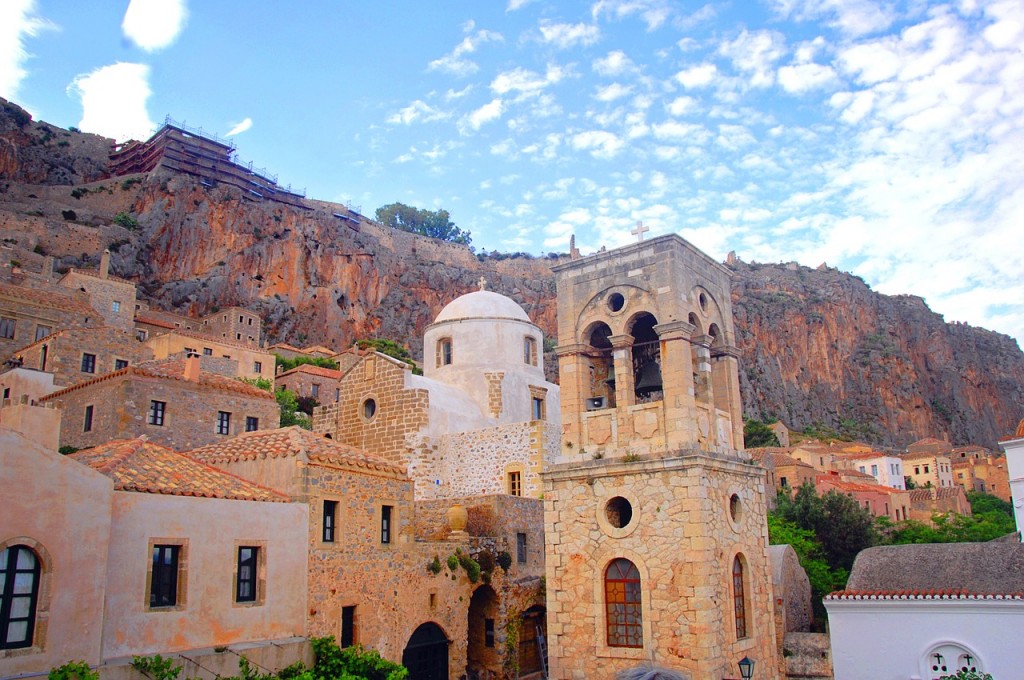 The gorgeous island of Milos is home to Sarakiniko, a spectacular and unusual beach. You won’t find any sand or pebbles there, Sarakiniko is made up of smooth rock formations that remind visitors more of a lunar setting than a beach. Sheltered from winds and currents, the beach boasts crystal-clear turquoise waters and hidden little bays. 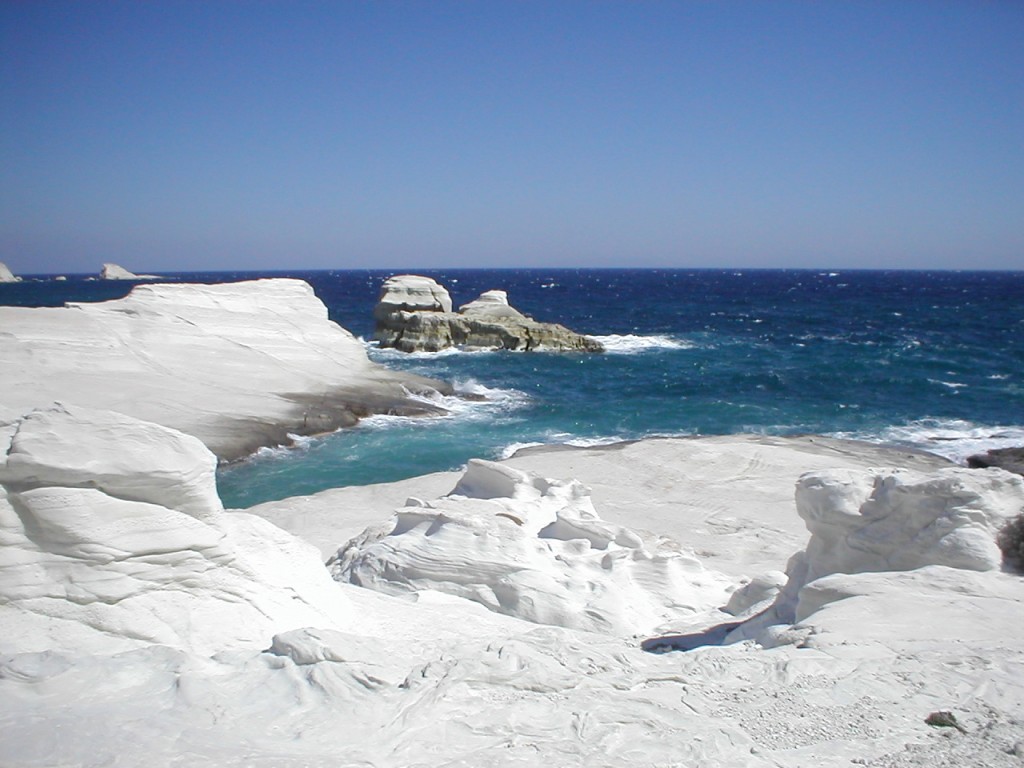