This Beautiful City Has Been Dubbed the Versailles of Germany

From a garrison outpost 300 years ago to one of the most magnificent cities in Europe, Potsdam ‘s journey has been nothing short of spectacular. Today, Potsdam is a tourist magnet thanks to its scintillating palaces and parks steeped in Prussian royal splendor. The UNESCO World Heritage Site of Potsdam stretches over 500 acres of park, and is splattered with 150 celebrated examples of architecture. Potsdam is the most popular day trip from the neighboring Berlin, though travelers ideally need several days to absorb its charm, culture, and heritage.

Why is Potsdam the Versailles of Germany

Potsdam is been referred to as the Versailles of Germany. The reason for this is simple – just as the French city of Versailles evolved into one of the hottest tourist destinations in the world owing to its opulent Versailles Palace, Potsdam has carved a place for itself in the bucket list of millions of tourists because of its Sanssouci Palace. Also, while Versailles is dotted with grand châteaus and other beautiful architecture, Potsdam’s palaces, historic gates, and bridges make up a grand ensemble. 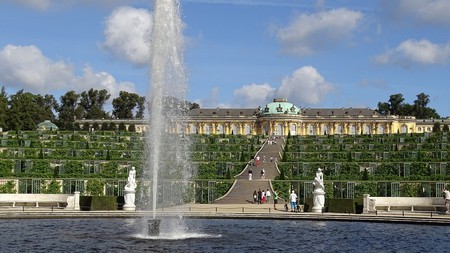 Sanssouci Palace was erected as the summer palace of Prussian King Frederick the Great between 1745 and 1747. It is unanimously agreed to be one of the most magnificent palaces in Europe and “Germany’s answer to the Versailles Palace.” The Versailles Palace was built in French baroque style, while the Sanssouci Palace exhibits an ornate rococo design, and the latter is smaller in size than the French Palace to which it is often compared. However, in grandeur, intricacy, and beauty, the two palaces are commonly agreed to be on par. Both palaces have an admirable collection of sculptures and paintings housed in their stunningly ornate interiors. 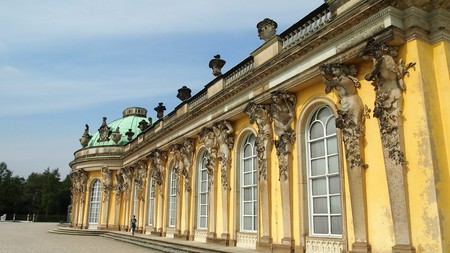 The Versailles Palace sits in a stunningly beautiful garden dotted with fountains and flower beds. Likewise, the beauty of Sanssouci Palace is enhanced by the sprawling parkland surrounding it. This baroque garden boasts of beautiful flower beds, towering trees and hedges. Additionally, Sanssouci Park is dotted with a number of incredible examples of architecture, including the Chinese Grotto, Temple of Friendship, the Obelisk, Antique Temple, Neptune Grotto, New Palace, and the Picture Gallery. 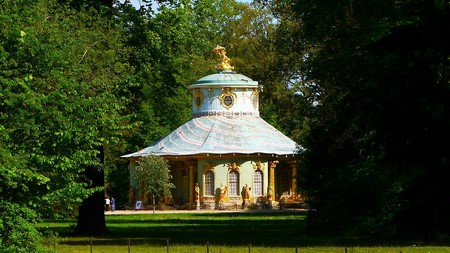 Other notable landmarks of Potsdam

Though Potsdam has come to be almost synonymous with Sanssouci Palace, this splendid historic town offers many other landmarks worth exploring. The most notable among these are Neues Palais, Film Museum Potsdam, Babelsberg, Nauen Gate, Altes Rathaus, Brandenburger Gate, Glienicke Bridge and Nikolaikirche. 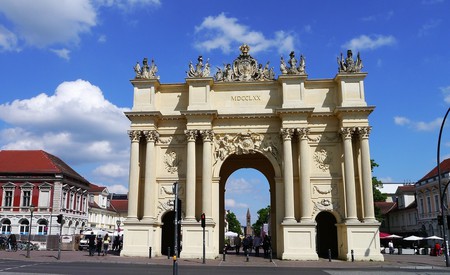