The Best Hotels to Book in Trier, Germany 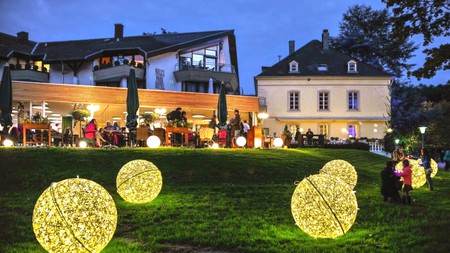 Trier is the oldest city in Germany and a favourite among travellers, thanks to its Roman ruins and beautiful gothic architecture. On the banks of the Moselle River, it’s also close to some of the best wine-growing regions in the country. For your next trip, here’s our pick of the best hotels – bookable on Culture Trip.

Being the largest and oldest settlement on the Moselle River in Germany, Trier has a rich history. The Celts were the first to settle here, but the Romans officially founded the city in 16BCE. Those Roman origins are evident in the towering city gate, known as the Porta Nigra, as well as the amphitheatre and Imperial Baths. The city also has a charming, walkable Altstadt (old town), though many visitors jump on the Römer-Express tourist train to loop its pretty streets. To help plan your visit, here’s a rundown of the best places to stay in Trier. 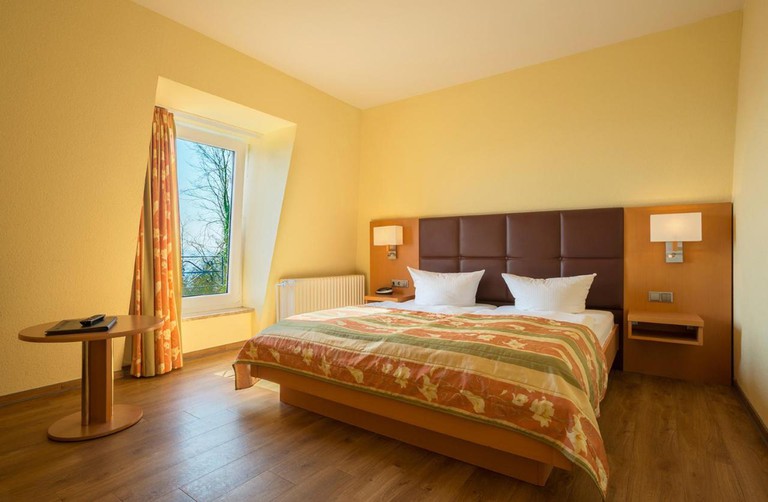 The Berghotel Kockelsberg sits on a hill overlooking Trier, surrounded by trees. It can trace its history back centuries, though the present-day building was built in the 19th century as a restaurant. Rooms are spacious and modern, split between the main building and an annexe. For an indulgent soaker tub and a rooftop terrace with spectacular views, opt for the junior suite. 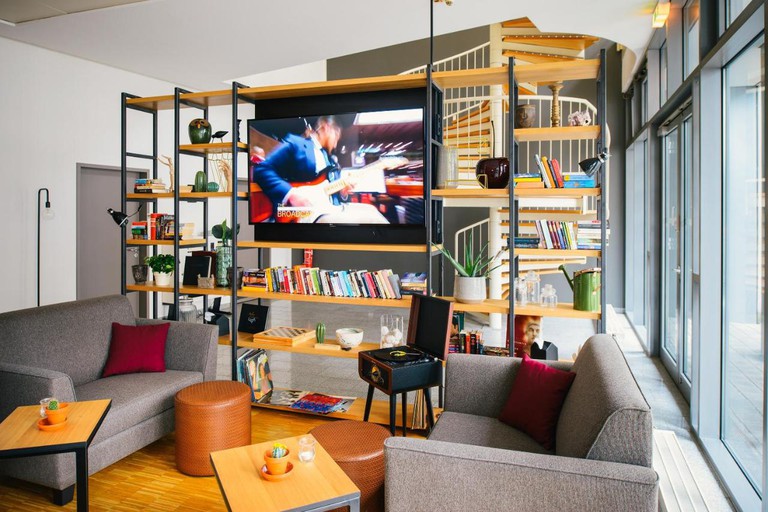 This contemporary hotel sits right in the heart of historic Trier. Rooms fall into four categories, ranging from the economy easy room to the junior suite with a lounge area; each features sophisticated modern decor bolstered with pops of bold colour. Vienna House uses a mobile concierge, meaning that you’ll have access to a travel assistant through your phone, and you can check in digitally without queuing at a reception desk. 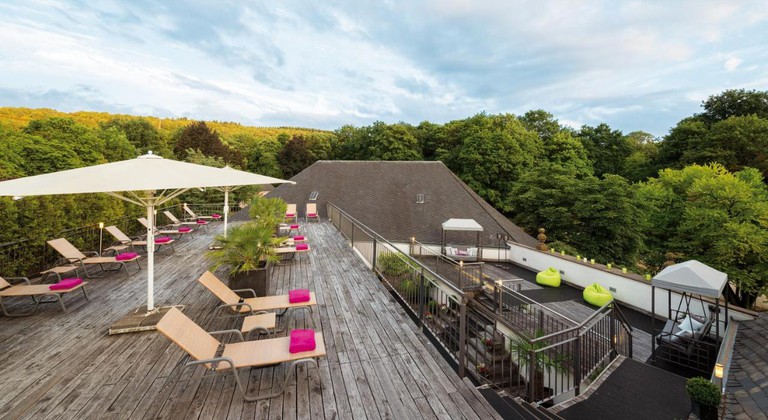 This delightful hotel lies in Nells Park, the oldest in Trier. Here, awaken to the sound of geese and ducks; later, take a walk through the rose garden. There are 78 rooms, some with park views and others with balconies. The best is the maisonette suite, which is split across two floors and features a whirlpool bath. Order a glass of wine from the nearby vineyards in the Mosel region at Vinothek 1861, the hotel’s lovely wine bar. 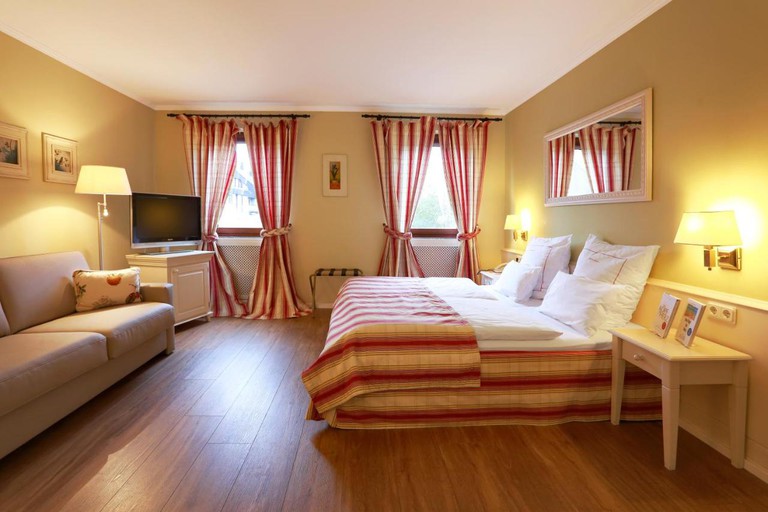 This four-star, country-house-style hotel has a wellness area with a swimming pool, a sauna, a hydro-jet and an infrared cabin. Rooms are light, airy and modern; it’s worth upgrading to a suite or Blesius garden room for the extra space. Make the most of the adjacent brewery, ordering a flight of craft beers alongside a butcher’s board of cold meats, spreadable salami and local cheese. Alternatively, join one of the regularly scheduled beer tastings. 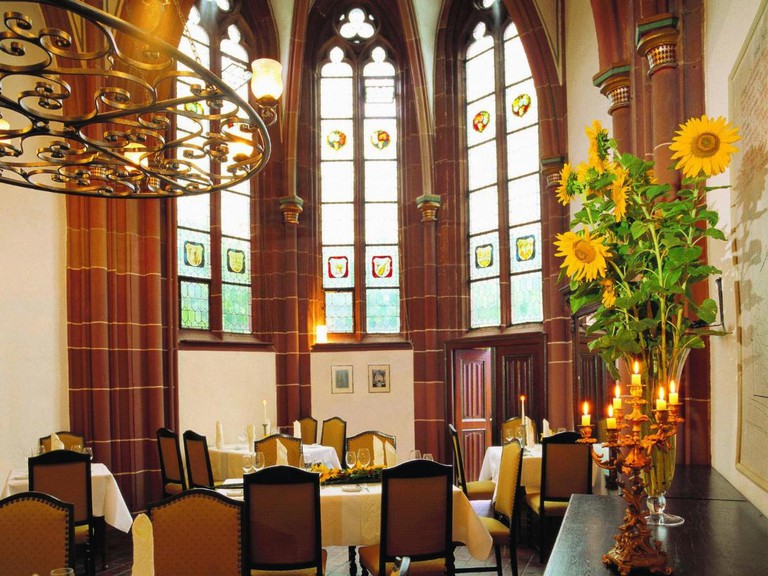 Hotel Klosterschenke has been run by the same family for four generations. In the village of Pfalzel, close to Trier on the opposite bank of the Moselle River, it occupies the site of a former monastery. Rooms retain period features, and some overlook the river. Year-round, dining under the vaulted ceilings of the two on-site restaurants is a treat. In summer, you’ll also have the option of eating breakfast outside in the courtyard or on the terrace. 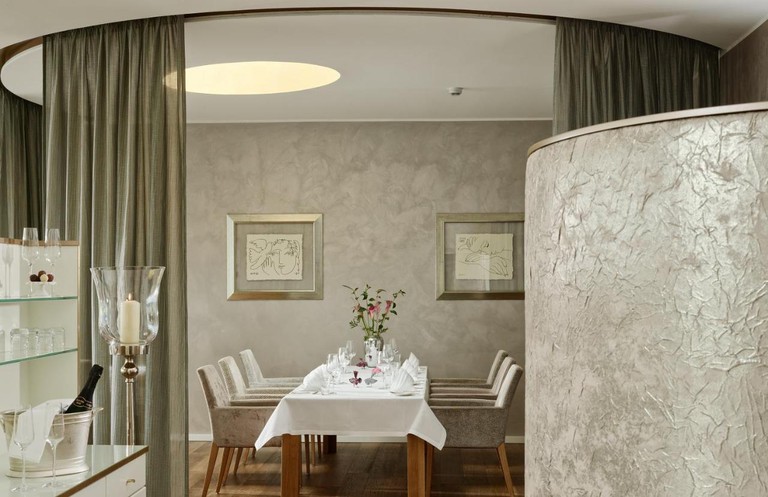 Since 1978, the Schütt family has owned and managed the four-star Hotel Villa Hügel – one of the best in the city. A modern annexe is a transformative addition to the existing art nouveau hotel. Wellness is at the heart of Villa Hügel; an outdoor heated infinity pool has a sun terrace overlooking the Trier skyline. Inside, there’s another pool plus a sauna, a steam bath, an ice fountain and an extensive menu of spa treatments. 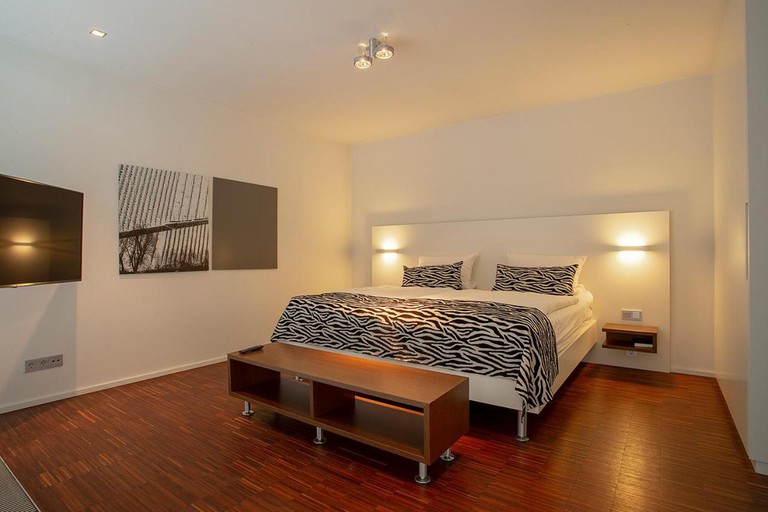 Becker’s is part hotel, part Michelin-star restaurant and part winery. A member of the Design Hotels portfolio, this contemporary property in the vintner village of Olewig is impeccably designed. Wolfgang Becker takes care of the kitchen, creating an innovative and exciting tasting menu. Meanwhile, Christine Becker, head winemaker and sommelier, will take you on a guided wine hike and hosts tastings where she shares her extensive knowledge of the wine business. 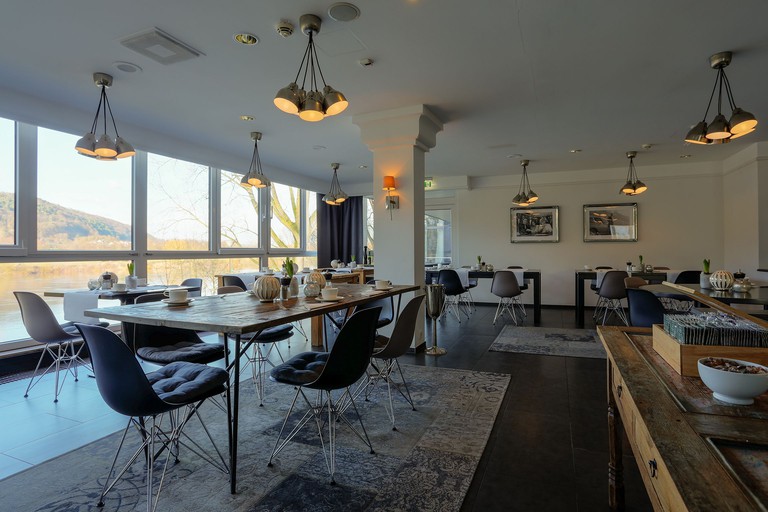 A black-and-white colour palette adds design flair to this upscale hotel. You’ll find it a few kilometres from the old town, beside the banks of the Moselle in north Trier. Generously proportioned apartments and rooms with bunk beds in a separate but adjoining space make this a favourite among those travelling with children. The hotel also hosts a family-friendly brunch each Sunday. 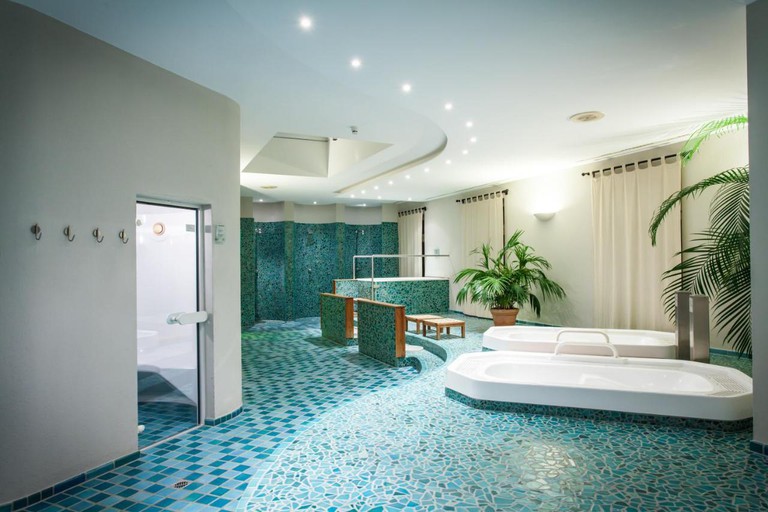 Hotel Deutscher Hof occupies the spot where the Roman forum used to be. Its rooms are stylish, spacious, modern and pet-friendly. Breakfast is served buffet-style; alongside the usual German fare of cheeses and cooked meats, you’ll find home-made jams and bircher muesli. After a day pounding the pavements, kick back in the Finnish sauna, steam bath and jacuzzi. 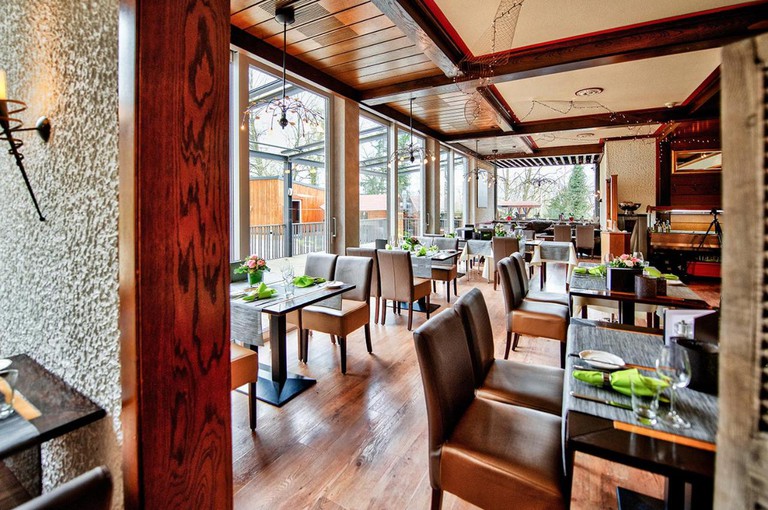 This hotel south of Trier overlooks the river and has a sizeable beer garden flanked by woodland. Rooms are simply furnished but bright and cheerful. The story of the Estricher Hof began in 1909, though the hotel didn’t move to its present location until 1980. Now, it’s in the capable hands of the fifth generation of Hellvoigts who skillfully juggle long-standing family hospitality traditions with the expectations of today’s guests.

Expand your German holiday by seeing the best hotels in the country for every traveller; they’re bookable now via Culture Trip. Alternatively, learn how you can experience the best of Germany from the comfort of your living room.