The Best Boutique Hotels to Book in Nuremberg, Germany 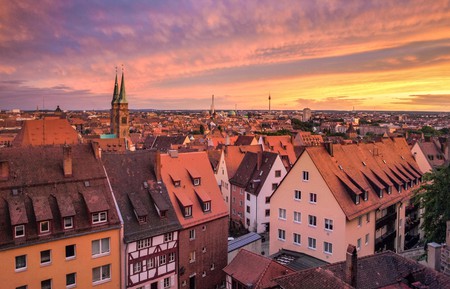 The Old Town, Nuremberg Castle and Church of St Lorenz draw visitors each year to Bavaria’s second city and there are plenty of characterful, boutique hotels in updated historic buildings to stay in Nuremberg – all bookable on Culture Trip.

Nuremberg is synonymous for many with wartime rallies and post-war trials, but this culturally and architecturally rich destination – founded in the Middle Ages – has a long and storied history. Despite up to 90% of the city having been destroyed during WWII, there are spectacular sights that survived – including Nuremberg Castle and Hauptmarkt, famous for its daily market and bright-gold fountain. Romance exudes from every pretty square and half-timbered historic building – many of which now house restaurants and boutique hotels. 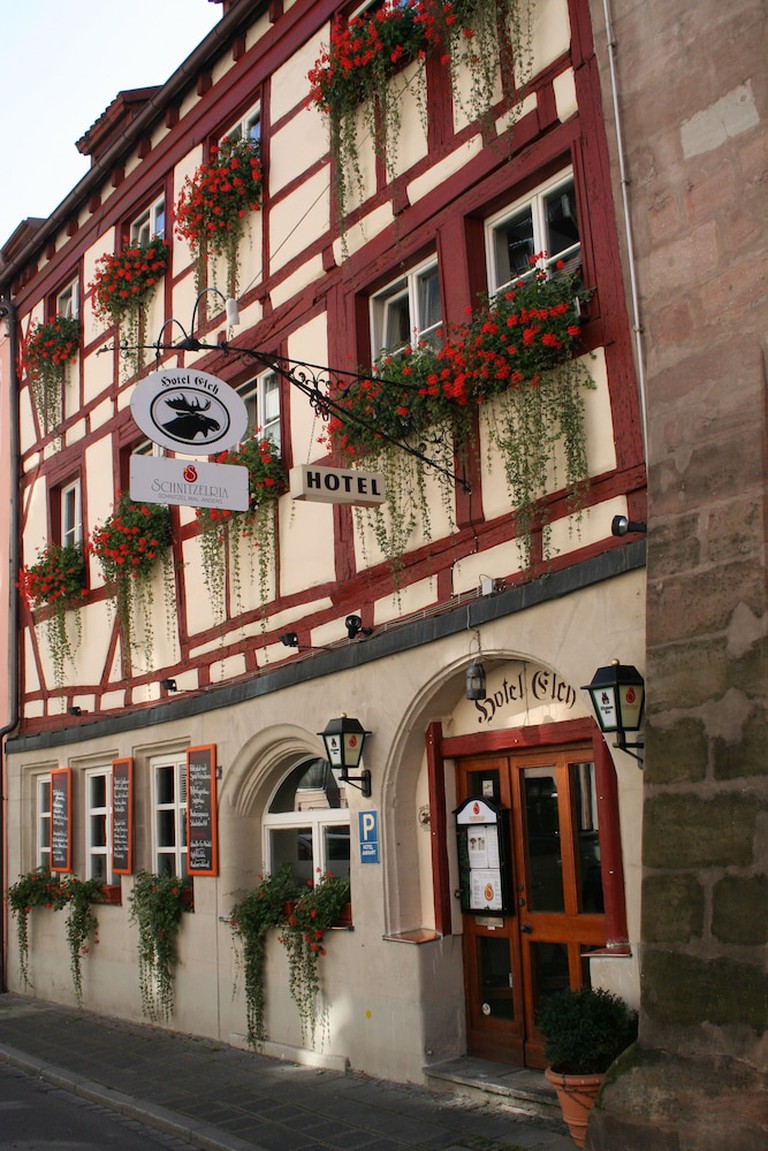 © Hotel Elch Boutique / Expedia
View Rooms
Price Drop
Now from $86 per night
This family-run hotel – currently under the ownership of fourth-generation hoteliers, the Horka family – has given a new lease of life to a 14th-century timbered building, with a sensitive contemporary update to communal spaces and rooms. The overall feel is of a fun, boutique establishment. You’ll find it in Nuremberg’s Castle District, not far from the landmark of St Sebaldus Church.
More info 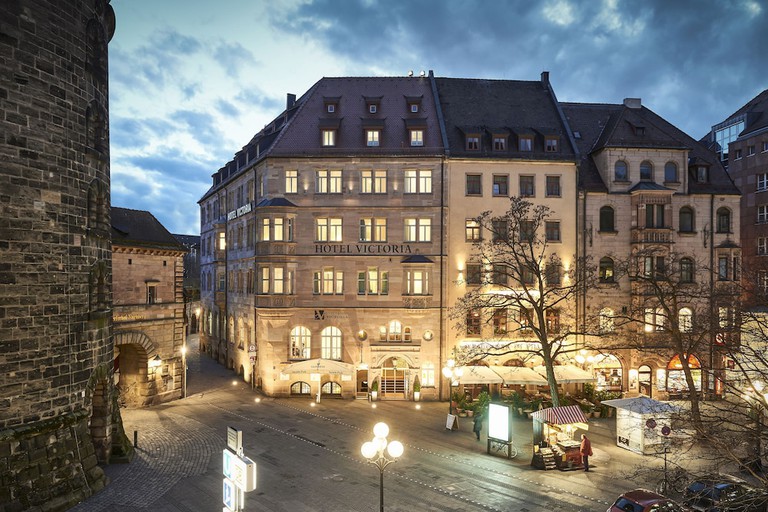 © Hotel Victoria / Expedia
View Rooms
This privately run boutique hotel – in a listed historic building in the Old Town – is a welcome respite from business hotel chains. Accommodation options vary from small attic eaves rooms to roomier suites – and it has meeting and event facilities of its own. The terraced drinks and dining area face Nuremberg’s Museum of Modern Art and Design, meaning you can sometimes see directly into the exhibitions.
More info 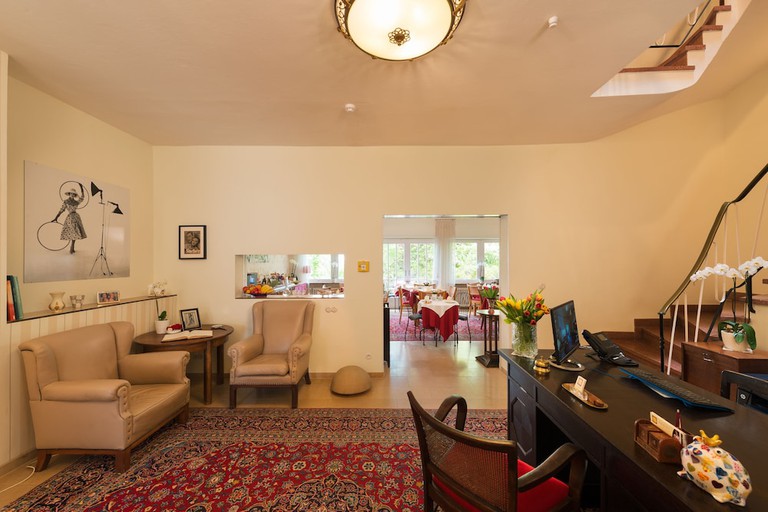 © Design Hotel Vosteen / Expedia
View Rooms
Price Drop
Now from $112 per night
This homey, boutique hotel opened in the 1950s and still retains that kitsch 50s vibe. Though it’s since updated its facilities for modern travellers, the hotel’s not lost its old-fashioned character and has hosted a variety of German public figures over the years. Rooms have names such as Sophia or Violetta rather than numbers – and part of the appeal remains the oversized garden and terrace hidden behind its facade. The building opposite is an apartment-hotel concept – from the same owners.
More info 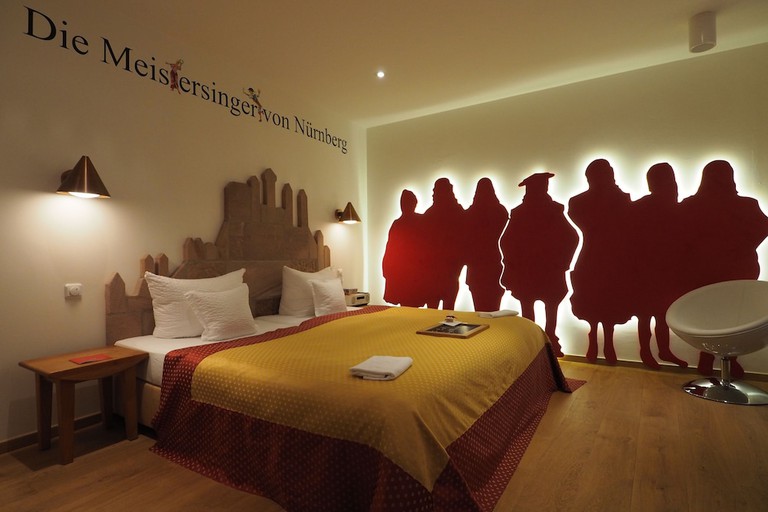 © Hotel Drei Raben / Expedia
View Rooms
Price Drop
Now from $146 per night
In a characterful, timbered building in the historic heart of the city, this hotel, only a five-minute walk from the main Hauptbahnhof train station, bills itself as Nuremberg’s first themed hotel. Each room has been styled differently and has its own title, including the Time Machine, Toy Town and the Three Ravens. If that sounds wacky, it’s actually all rather tasteful, even sedate. Meanwhile, the downstairs bar specialises in slow wine and craft cocktails.
More info 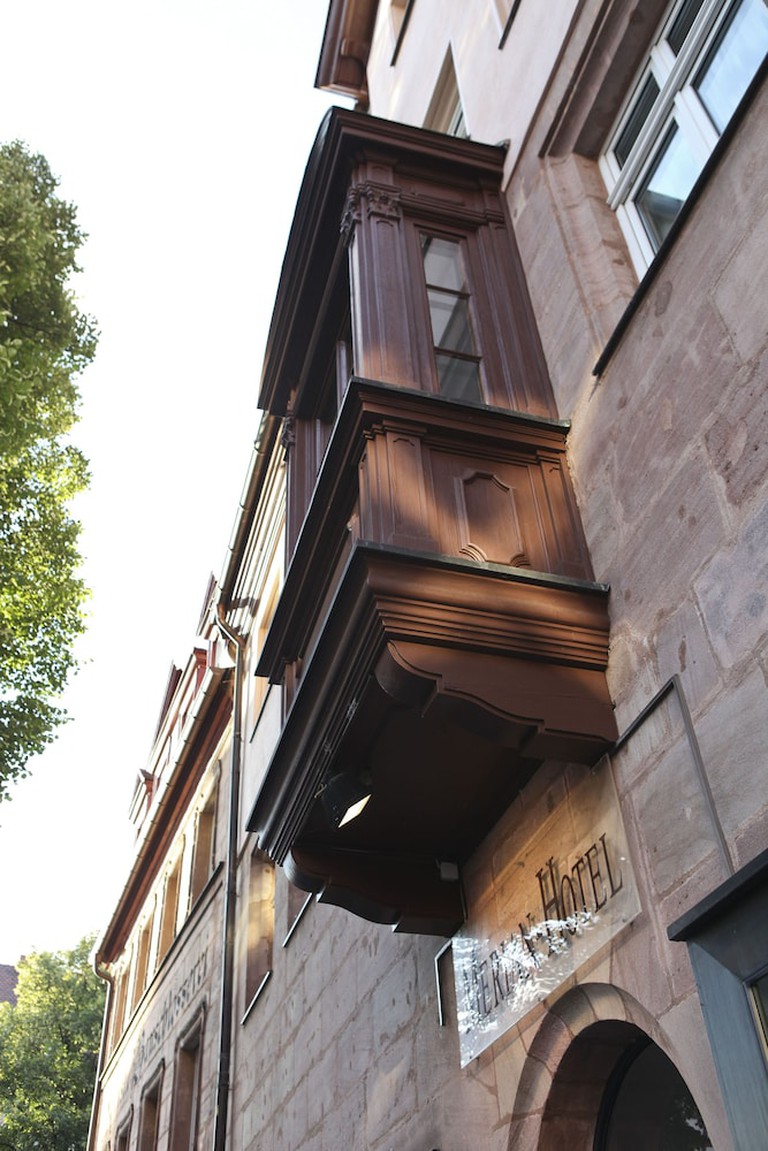 © Hotel Hauser / Expedia
View Rooms
Price Drop
Now from $91 per night
Kaspar Hauser is one of the more unlikely figures to name a hotel after. Once the subject of a film by Werner Herzog, he lived the first 17 years of his life in a cell, with only a toy horse as a diversion, as seen in the hotel’s logo. Hauser found freedom in Nuremberg, where he spoke to locals at the Unschlitt Platz. Overseen by the Horkas, a trusted local family of hoteliers, this hotel has cosy, comfortable rooms – which thankfully have nothing in common with a cell – and on-site parking.
More info 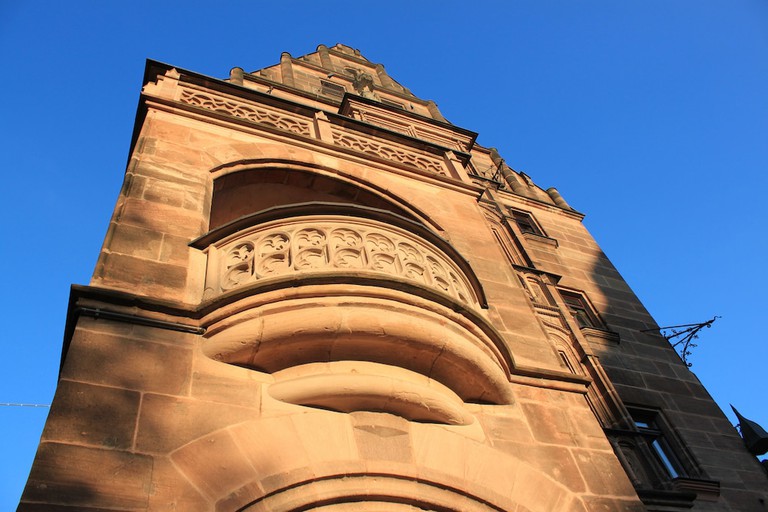 © Hotel Deutscher Kaiser / Expedia
View Rooms
Price Drop
Now from $134 per night
An architecturally notable hotel – designed by Konrad Walter and built in the late 1800s – this building is regarded as a prime example of the so-called Nuremberg style. The accommodation it now houses is light and spacious, with reassuringly heavy hotel drapes and vintage furniture. There’s a choice of single, twin, double or three-bed rooms – ranging from standard all the way up to a suite with its own living room.
More info 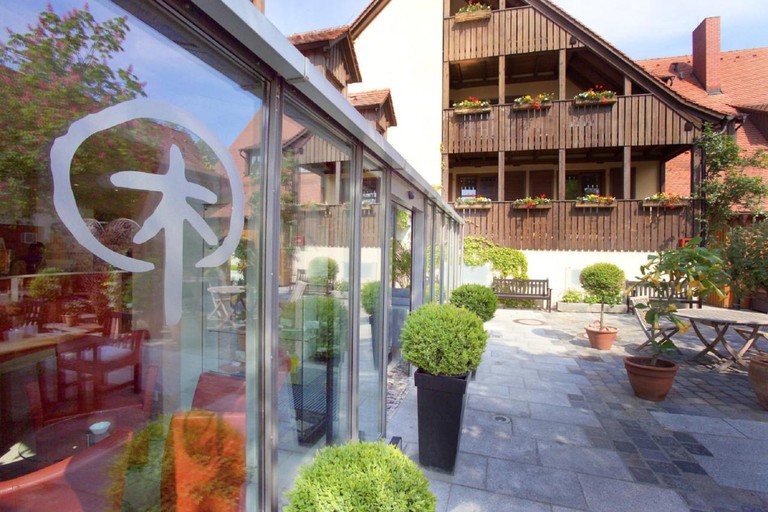 © Hotel Schindlerhof / Booking.com
This hotel “village”, on the site of a 300-year-old farm, comprises several buildings dotted across 1ha (2.5 acres) of land. There’s the feel of a retreat to the 35-year-old establishment, which began life as a country inn but now specialises in conference getaways in the restorative green space. It’s also a leisure travel hotel and the grounds include six restaurants and a peaceful Japanese garden – complete with a pond teeming with koi. 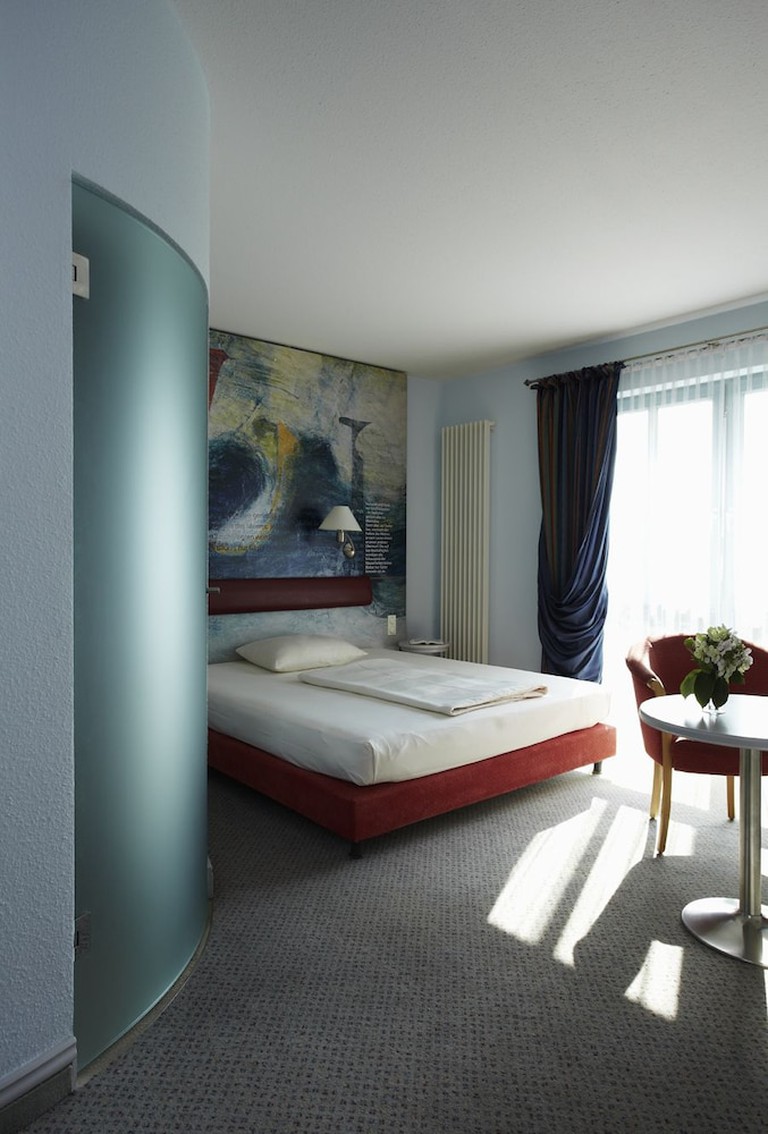 © Romantik Hotel Gasthaus Rottner / Expedia
View Rooms
Price Drop
Now from $126 per night
This 37-room boutique hotel lives up to its name, partially set in a distinctive red building with a storybook pitched roof. A good range of rooms – each with a round bathroom with heated stone floors – is matched by event and banqueting facilities and an on-site restaurant and cookery school. The peaceful, countryside setting is just outside the centre of Nuremberg, but feels far removed.
More info 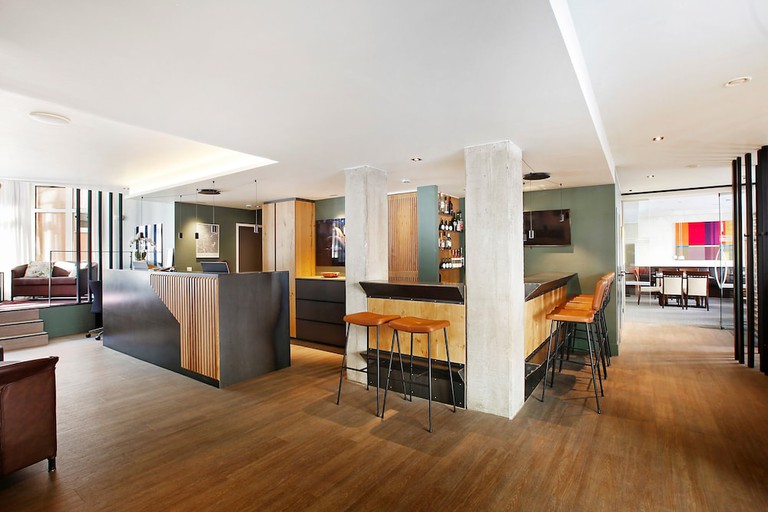 © Hotel am Jakobsmarkt / Expedia
View Rooms
Price Drop
Now from $81 per night
There’s been a hotel on this site in central Nuremberg since the 1980s and the current incarnation is one part 16th-century half-timbered house and one part modern, accessible building. Over the past four decades, it’s undergone a number of renovations – at one point revising the number of rooms down to make it more spacious. Today, the 66 rooms and suites of this family-run hotel are clean, bright and businesslike and position guests conveniently for taking in the sights.
More info

This is a rewrite of an article originally by Anwesha Ray.

Fill your day with the best things to see and do in Nuremberg or spend 48 hours in neighbouring Munich and take advantage of the city’s best bakeries. Find out where to stay in Munich for a local experience, or even choose a holiday apartment – all bookable with Culture Trip.