11 Reasons to Visit Trier, Germany at Least Once in Your Lifetime 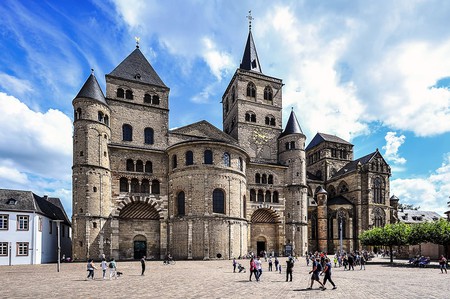 Despite the fact that Trier is one of Germany’s oldest cities and boasts an impressive eight UNESCO World Heritage Sites, this small city in the west of the country is often overlooked by international tourists. We think that should change – here’s a list of 11 reasons to visit Trier at least once in your lifetime.

It’s the Rome of the north

After the arrival of the Romans around 17 BC and the establishment of a permanent city, Trier quickly developed to become a Roman metropolis. The large number of well-preserved Roman monuments here is unparalleled north of the Alps, and has earned Trier the nickname ‘Rome of the north’. The ancient remnants can be visited today, including the majestic Porta Nigra gate. 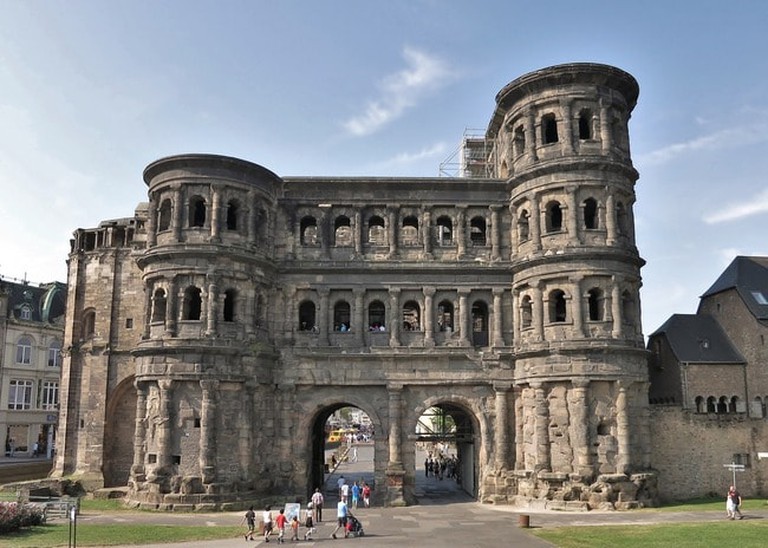 A tour of Trier will take you past a whopping eight UNESCO World Heritage Sites – the above-mentioned Roman sites all have UNESCO World Heritage status. As well as the Porta Nigra gate, Constantine’s throne room, the imperial bathhouses, the Roman bridge and an amphitheatre are scattered across the city. But that’s not i – Trier is also known for its cathedral and 13th-century Church of Our Lady (Liebfrauenkirche), Germany’s oldest Gothic church.

The medieval town centre has to be seen to be believed

The city core centres around Hauptmarkt, the city’s largest market square. The plaza is encircled by well-preserved townhouses that create a mixed cityscape of Renaissance, Baroque, Classicist and late Historicist architecture overlooked by the tower of St. Gangolf’s church. The red 15th-century Steipe building is another eyecatcher in this colourful mix. 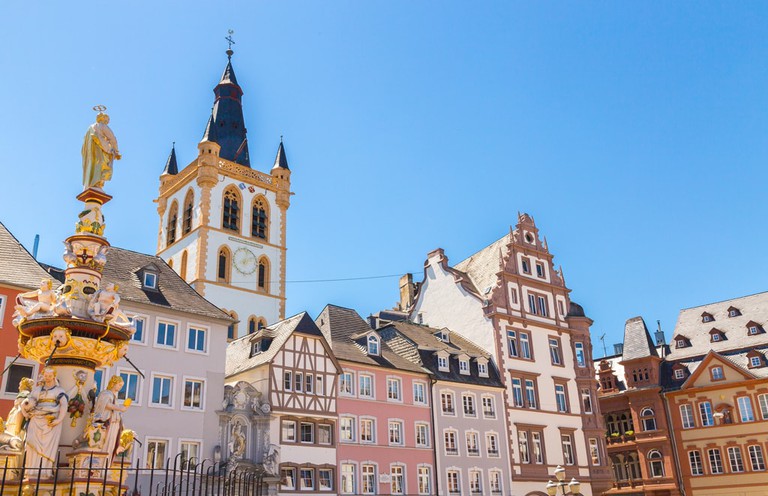 In 1818 the communist revolutionary Karl Marx was born in Trier. His birthplace still stands in Brückengasse 10 and has been converted into a museum that depicts his early life in Germany, his ground-breaking concepts and their influence on the course of history until now and his time in exile in London where he passed away at the age of 64.

The cathedral is the oldest in Germany 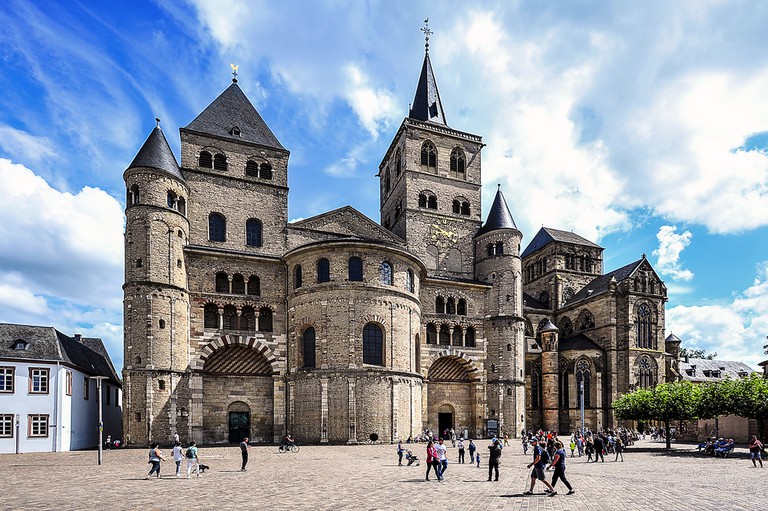 The Cathedral of Trier | © Vytautas Kielaitis / Shutterstock
Trier Cathedral alone is enough of a reason to visit. With more than 1,700 years of history under its belt, it’s the oldest in the country. The architectural mix of Gothic, Baroque and Romanesque elements attest to the cathedral’s long history, but the treasury is also worth a visit. It displays a remarkable collection of religious art dating back to late antiquity.
Open In Google Maps
12 Liebfrauenstraße, Trier, Rheinland-Pfalz, 54290, Germany
+496519790790
Visit Website
Give us feedback

You can lunch in Luxembourg

Trier is a mere 15 kilometres (9.3 miles) from the Luxembourg border and an obvious choice if you fancy a side trip to another European country. A 50-minute train ride takes you to Luxembourg City which boasts a grand palace, beautiful churches and historical monuments that will easily fill a day of sightseeing. Sweeten the trip with a slice of the traditional quetschentaart (plum tart) and if that’s not enough, make sure to stock up on some pastries at Oberweis before you head back.

There are romantic river views

Spread across both sides of the Mosel river, Trier has some stunning waterfront vistas, but it’s worth taking a mini cruise to venture beyond the city borders. Medieval towns, castle ruins and picturesque vineyards dominate the region and hold endless possibilities to explore some German off-the-beaten-track destinations. 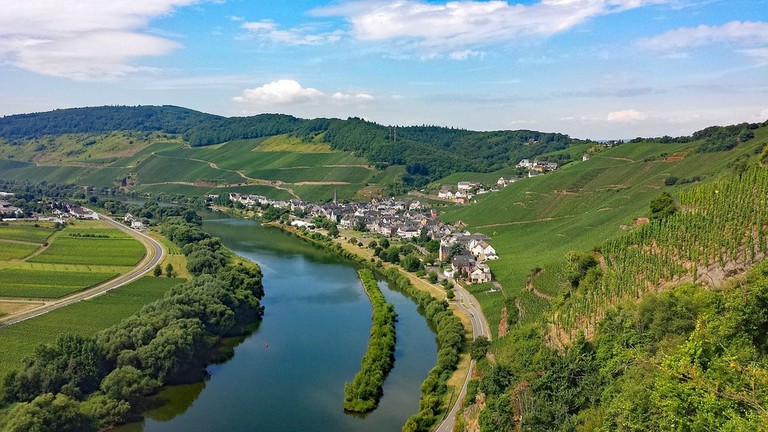 Enjoy the river I © lapping / Pixabay

Wining and dining is a delight

The Mosel river doesn’t just provide Trier with scenic views, but also with some of the best white wines you’ll find in Germany. The steep hills of the valley are clad with terraced vineyards which mostly cultivate Riesling grapes. A trip to Trier is not complete a pairing of award-winning white wines and regional culinary specialities. One of the top addresses for wine tastings in the city centre is Weinstube Kesselstatt.

It’s home to the House of the Three Magi

If you stroll down Simeonstrasse, one building is sure to catch your eye. Built around 1230, even before the construction of Trier’s medieval city wall was completed, the House of the Three Magi (Dreikoenigenhaus) was already occupied by a wealthy and probably influential family. Back then, the main entrance to the house was located on the first floor and could only be reached by a ladder that could be pulled up to prevent unwelcome guests from entering. 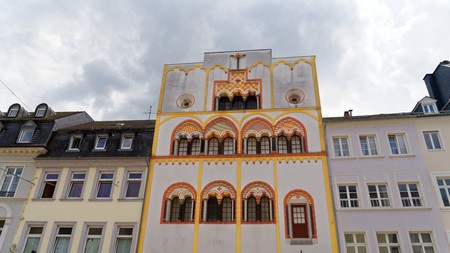 The House of the Three Magi I | © Miguel Discart / Flickr

The former Jewish quarter is fascinating

Traces of a Jewish community in Trier date back to antiquity and can be visited today. Guided tours take you to historic sites, such as a former bathhouse and the half-timbered houses of Jew’s Alley (Judengasse) which once marked the centre of the community. In 1418, the Jewish community was expelled from the city and only called back in 1600, after which families then spread out across the city.

There are plenty of picturesque hiking trails

Outdoor fans should explore the hiking trails that traverse the region around Trier. The three major paths run by the names Saar-Hunsrück-Steig, Eifelsteig and Moselsteig and cover the highlights of panoramic valley views, forested areas, romantic streams and cultural sights. Most routes start at the tourist information centre. 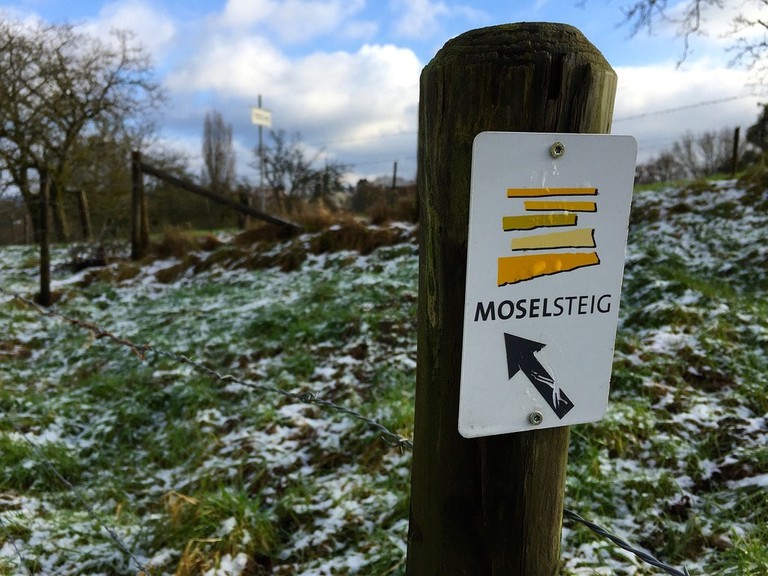 Discover the delights of hiking I © hunderttausend / Pixabay