You'll Never Guess Who's Living in the Seine 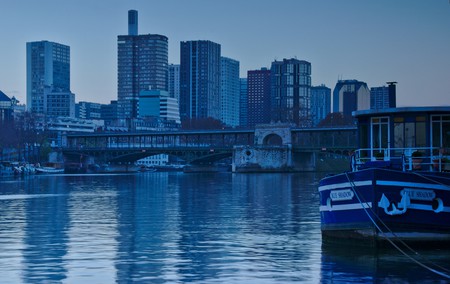 The Seine and the Pont Bir-Hakeim │© Zoltán Vörös / Flickr

‘So quietly flows the Seine,’ wrote Henry Miller in Tropic of Cancer, ‘that one hardly notices its presence. It is always there, quiet and unobtrusive, like a great artery running through the human body.’ In that same river, unobserved by the Parisians walking along its banks and over its bridges, there live dozens of creatures, some tiny, some giant, and a peculiar few that have no business being there at all.

When the first Parisians settled on the Île de la Cité 2,000 years ago, the river lapping against its muddy shoreline was teeming with fish. By the middle of the 20th century, construction and pollution had wiped out all but the hardiest of species. The European eel was one of the five to hang on. After a concerted effort by environmentalists, the water quality has been significantly improved and the Seine now supports 37 species of fish. The eels are one of the largest, reaching lengths of up to 133 centimeters, however, they would have been dwarfed by the five-meter sturgeons that once swam here. 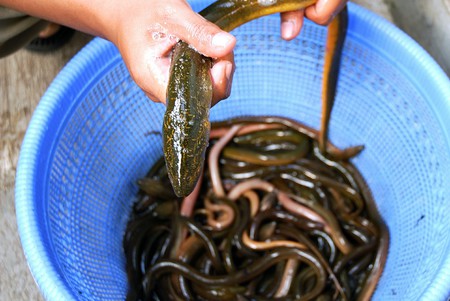 As weirs and locks were constructed to facilitate the movement of raw materials and goods on barges, it became impossible for migratory species to get from the mouth of the Seine at Le Havre to their spawning grounds. Only the eel, which can cover large distances on land in wet weather, survived. The sea lamprey, sturgeon, salmon, trout, smelt, and shad all disappeared. The reopening of essential passageways has since allowed this monstrous-looking fish to return. At the end of its 120-centimeter body, it has concentric circles of sharp suckers with which it latches on to passing fish in order to feast on their scales, flesh, and blood. Charming. 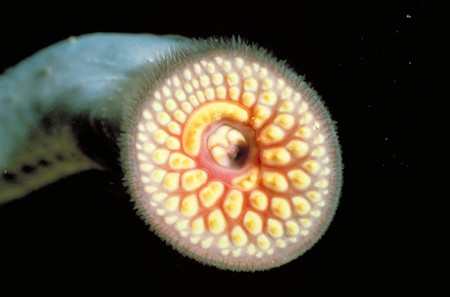 The Atlantic salmon, which remains on the European Union’s endangered species list, had vanished from the Seine by 1900. When a 1,000-strong shoal of them appeared in Paris in the summer of 2009 it brought tears to the eyes of the city’s fishermen and women. Their 150-kilometer journey from the Atlantic Ocean was a sure sign that the effort to clean up the entire extent of the river was starting to pay off. Their comeback remains in its early days but one day soon Paris’ finest riverside restaurants might be serving fish caught just a few meters away. 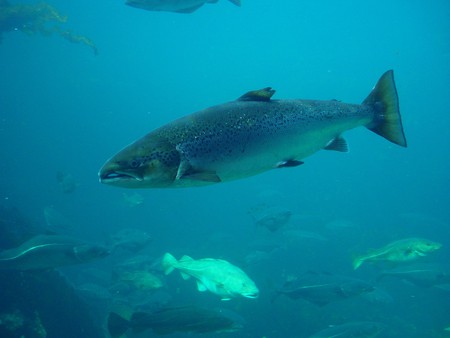 This enormous species of catfish is native to southern, central, and eastern Europe and was introduced to the Seine as a sport fish. Their population in Parisian waters is now huge in terms of both number and weight – they can reach up to 150 pounds – and they can be caught with relative ease on the river and along the canals. A quick search on YouTube will throw up dozens of videos of catfish catches, some within sight of the city’s most famous landmarks. 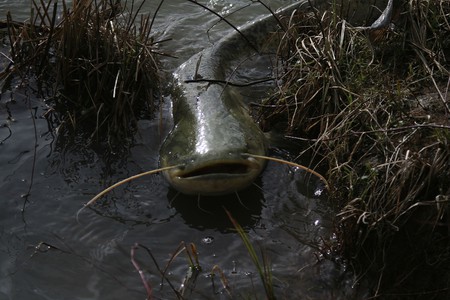 These vaguely prehistoric seabirds can be observed flying low over the river’s surface, diving deep in search of prey, or basking in the sun on posts and pontoons. Cormorants have been traditionally used for fishing in China and Japan as well as in Greece and Macedonia, where the practice developed independently as a form of aquatic falconry. In the 16th and 17th century, the method was tried out in England and France but it never caught on in quite the same way. One of the best places to see these birds in action is where the canal meets the river at the Île Louviers. 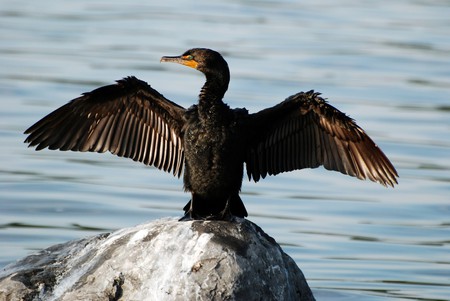 The heron is one of those animals that has perfectly adapted to urban life. Its omnivorous diet of fish, amphibians and even small birds and mammals means that it can always find something to eat and the tall trees planted in city parks hundreds of years ago are perfect for heronries. While you can see herons anywhere on the Seine that is not so noisy that the birds have been scared away, you are guaranteed to see them around the edges of the ponds in Paris’ two outlying parks, the Bois de Boulogne and the Bois de Vincennes. 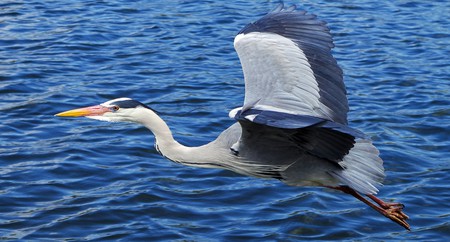 The kingfisher, with its dazzling plumage of orange and electric blue, can’t help but inspire great art. Members of the Seine’s native population have been rendered in an 1886 oil painting by Vincent Van Gogh and compared with admiration to a ‘blue flame’ by Guy de Maupassant in his short story Mouche from 1890. Sadly, like the fish on which it feeds, the kingfisher was absent from Parisian life for much of the century that followed. Twitchers now enthusiastically broadcast their whereabouts such as when one took up residence in the Parc Montsouris in 2014 and another in the Parc de Bercy in 2015. 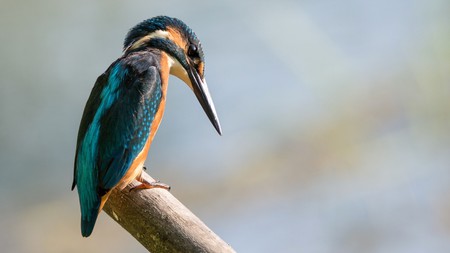 The Seine has several native species of crustaceans but today some of the most numerous are expatriates, less euphemistically described by the United Nations as invasive species and one of the major causes of the decline in biodiversity. The American red crayfish, Turkish crayfish and Louisiana red crayfish have colonized Parisian waters and are on the government’s watch list. When invasive crayfish populations get out of control, causing damage to habitats and native species, as is the case on the Thames, the best solution that has so far been found is to eat the problem into submission. 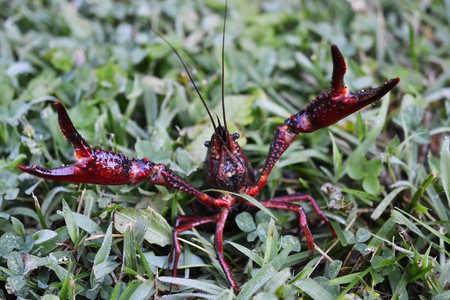 The Seine also has a history of strange solitary creatures showing up in its waters. One of the most alarming was in June 2009 when an elderly man came across a 220-pound alligator snapping turtle, so named for its elongated tail and extremely powerful jaws, on a Sunday morning walk. It wasn’t, however, the first unlikely reptile to show up in the capital’s waterways, which are normally only home to the harmless wall lizard. On March 7th, 1984, sewer workers stumbled on a Nile crocodile. At just 80 centimeters, it was nowhere near full grown but a perturbing find nonetheless. 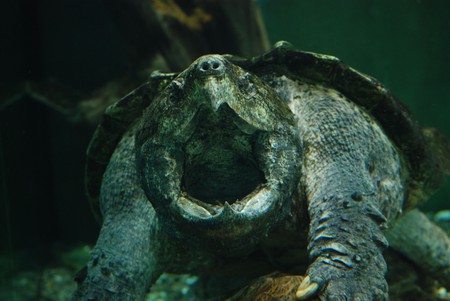 The rat, which is currently enjoying a frightening population boom, was for a long time that only mammal, humans aside, that spent any time along the banks of the Seine. However, in recent years, the capital has been colonized by coypu or nutria, a much larger rodent originally imported from South America to be used in the fur trade. Escapees and thoughtlessly released animals have since made their homes across large swathes of France, causing no small amount of damage to hydraulic structures. Nevertheless, the sight of these exotic, terrier-sized animals swimming in the Seine is quite a treat. 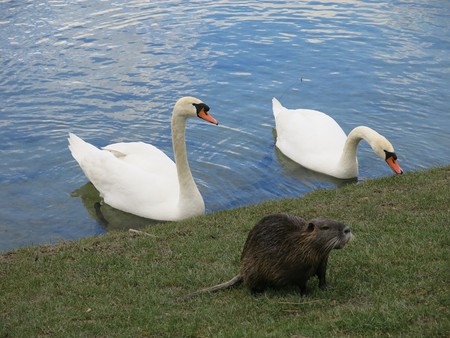 Coypu | © Tangopaso / WikiCommons
Give us feedback